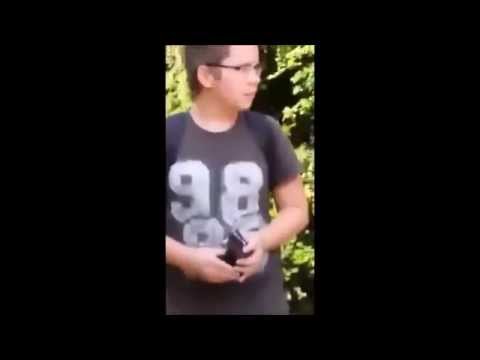 The parents of anyone with children in Germany should be marching on Merkel’s bunker, pitchforks and torches in hand.

The video is from October. Since then, Merkel has imported a million more of these invaders.

“VIDEO: German Kids Beaten Up by Muslim Migrants” By Information Liberation, March 26, 2016 (thanks to Lookmann):

This is the reality of Germany right now where the migrants become untouchable just because they are the minority, if anything happens to them then it ‘must be our fault.’”

These poor kids have been so culturally brainwashed and demoralized they’re scared to even fight back. Their parents and feminized culture have left them helpless.

Remember one 15-yr-old boy who did fight back in Sweden was stabbed in the back and killed by a 14-yr-old Syrian migrant.