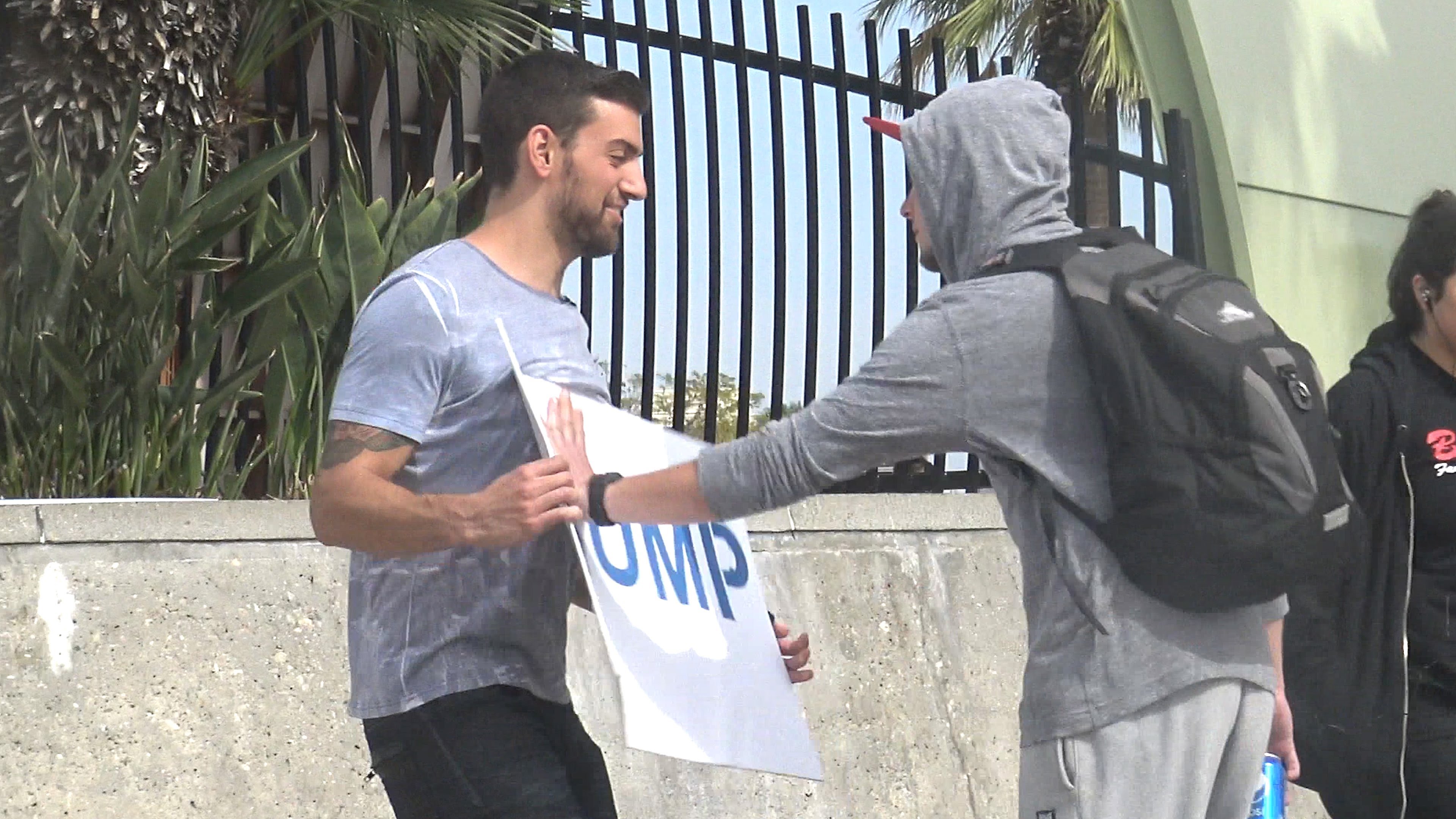 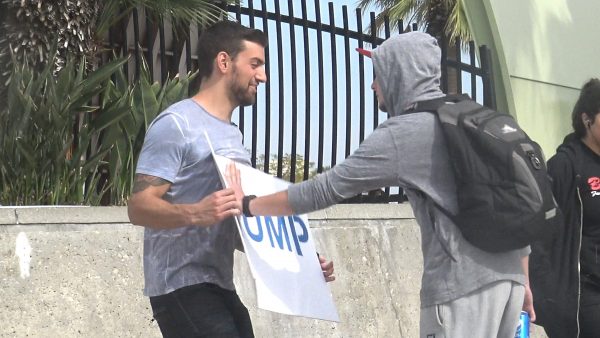 A social experiment conducted by popular YouTuber Joey Salads suggests that it’s Bernie Sanders supporters and not Donald Trump voters who are the most violent.

For the past several weeks, the media has blamed Trump for “inciting violence” at his rallies despite the fact that most of the unrest was caused by professional agitators who aligned themselves with the socialist Senator from Vermont.

Salads hit the streets of north Hollywood to compare reactions to him holding a Trump sign and a Bernie sign.

People exiting a metro station didn’t react to the Bernie sign, but as soon as Salads switched to a Trump sign he began to receive hostility.

One man with a skateboard tells Salads, “It’s people like you that are the problem in this country,” before asserting that he plans to vote for Bernie.

“He is racist, man….everything that comes out of his mouth,” the man continues, arguing that Trump opposing illegal immigration is racist.

“I’m offended by it, to tell you the truth,” states the man before getting aggressive and shoving Salads’ Trump sign with his skateboard and telling him “f**k you!”

“Racist, fascist pig,” states another woman as she walks past Salads holding the Trump sign.

“F**k Trump, he’s a f**king racist,” an African-American man tells Salads before swatting the sign out of his hands.

Salads then meets a parade of Bernie supporters who call him a racist before numerous people driving past in cars give him the finger.

“Feel the Bern!” yells another driver who proceeds to throw a bottle of water at Salads.

As soon as Salads switches to a Bernie sign, the middle fingers turn into thumbs up.

“By the looks of this video it turns out that the Bernie supporters are actually more aggressive than the Trump supporters,” concludes Salads.

“I actually got assaulted, got a water bottle thrown at me, got cursed at, got flicked off plenty of times, when I became a Bernie supporter, it was nothing but love and thumbs up, the Trump supporters never said anything to me.”

Salads is a popular entertainer who has over one million subscribers on YouTube. Some of his videos have received over 100 million views on Facebook.

There have been numerous instances of Trump supporters being harassed, including a Gainesville, Virginia woman whose home was vandalized before she received death threats.

Trump himself has received a deluge of death threats and has been under Secret Service protection since October last year. He recently began wearing a bullet proof vest at all public appearances.