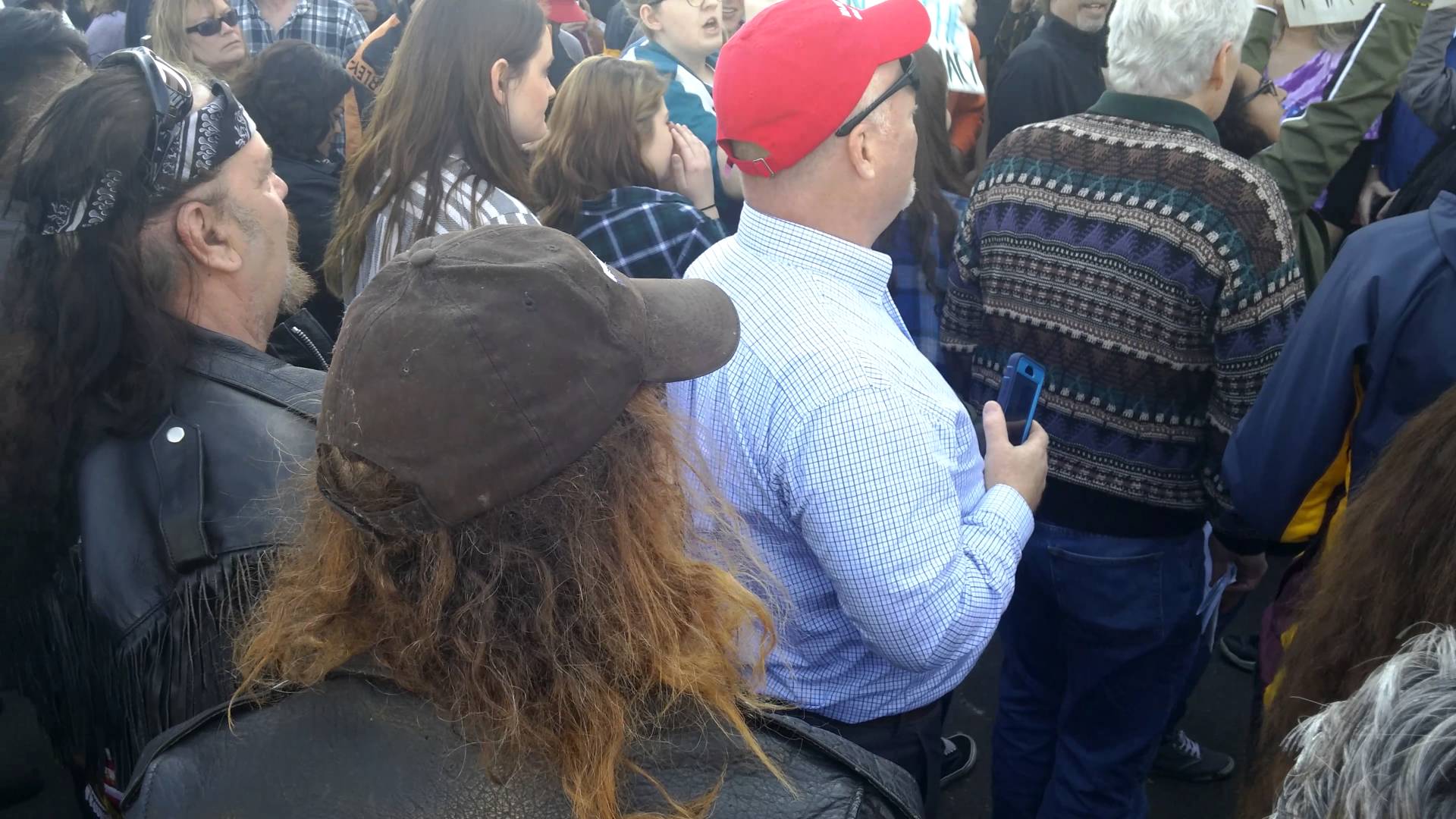 She threw the first punch and she wasn’t groped 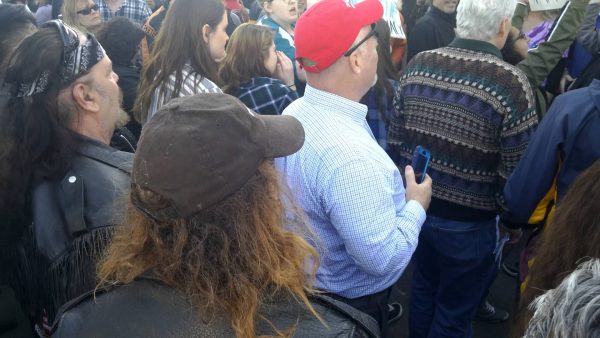 Once again, the media is lying to hide the fact that anti-Trump agitators are the most violent, unhinged, reprehensible creatures you could ever have the misfortune to encounter.

A leftist protester was pepper-sprayed in the face yesterday during a confrontation outside a Donald Trump event in Janesville, Wisconsin. Watch the video.

As you can clearly see, the girl who was pepper sprayed, later named as Alex Drake, clearly initiates the violence by launching a punch at the Trump supporter, later identified as Dan Crandall, before being pepper sprayed by another man.

But that’s not how many in the media are reporting it. According to Canada’s GlobalNews.ca, Drake was, “surrounded by hecklers….when she pushes one.”

First of all, she was not “surrounded by hecklers”. She was surrounded by people who disagreed with her opinion. Poor baby.

Secondly, she did not ‘push’ someone, she punched someone. Launching a closed fist at someone’s face is a punch, not a ‘push’.

Thirdly, footage from another angle clearly shows that the man who she punches did not grope her. He is moving papers in his hand towards her during the argument but at no point does he physically grope her, as she claims.

So basically, she punched a guy for disagreeing with her.

The eyewitness who filmed the video above also stated, “I was right next to this and saw the whole thing. The man never touched her like she said. She was just looking for trouble.”

The New York Daily News also mischaracterized the story, reporting that Drake “shoved a man” before she was pepper sprayed. In what world does launching a punch at someone’s face constitute a ‘shove’?

Janesville Police are also lying about what happened. According to their statement, “A male in the crowd groped the 15 year girl”. Yet as the videos illustrate, that didn’t occur.

The statement also claims that Drake “pushed him away” during the encounter. She didn’t push him away, she launched a punch towards his face.

The GlobalNews.ca report lies about the incident in order to link it to Trump campaign manager Corey Lewandowski’s alleged assault of Michelle Fields, another incident that has been totally overblown in order to demonize Trump as being violent.

The media is also emphasizing that Drake is only 15-years-old, characterizing her as a poor, defenseless child.

As you can see by the size of her frame, she’s bigger than a lot of women twice her age. And it was later confirmed that Drake is in fact 19-years-old.

In summary, Drake initiated a violent confrontation by punching someone who hadn’t laid a finger on her, then met resistance. The man who pepper sprayed her was in the wrong and should be charged with assault, but the press coverage of the incident is designed to obfuscate the fact that Drake is responsible for escalating the violence.

The media’s attempt to portray Drake as the victim when the encounter is entirely her fault is another example of how the press blames Trump supporters for violence that is almost always initiated by anti-Trump agitators.