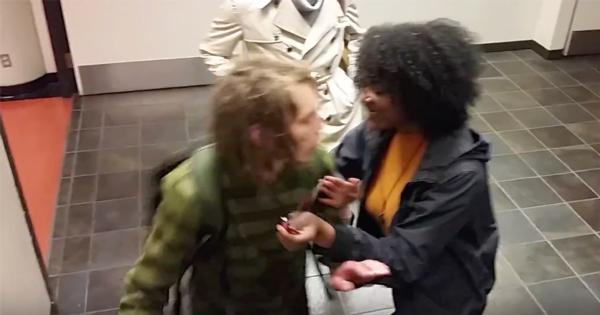 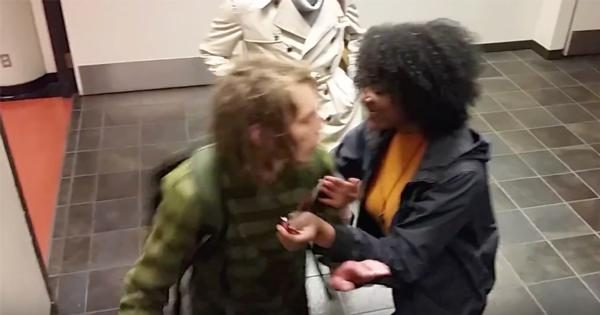 It is becoming apparent that for some individuals in this country we should return to the era of segregation. At least that’s what we gather from the following video filmed at a San Francisco university.

As you’ll see in the clip below, a white student with a dreadlock hairstyle is confronted by a black female classmate who verbally attacks him for “appropriating her culture.”

The white man fires back, noting that the hair style is traditionally Egyptian, asking the black female if she happens to be from Egypt.

As the white student tries to leave he is physically assaulted and battered when the woman blocks his exit and then proceeds to pull him by the arm down the stairs. Ironically, the woman then claims that it was the white man who put his “hands on her.”

Indeed he did, but only as a last resort to escape the confrontation and remove himself from the situation.

Is it racism when someone attacks another person based only on the color of his skin?

We’d like to think so, but the “jury” is still out as the San Francisco university in question is “still investigating” the matter.

What is this woman’s ultimate goal? And why did the black man standing next to her not step in, but rather, supported her racial attacks against the white man who was doing nothing more than walking by and minding his own business?

If the situation were reversed and it was a white person who attacked this woman for appropriating white culture by the clothing she wears, the car she drives or the food she eats, we would have massive protests at the campus and administrators would likely already have expelled the racist attacker.

But this is America, and it appears that only white people can be racists.

Perhaps, as one black Harvard student recently argued, white people should just kill themselves to atone for white privilege.