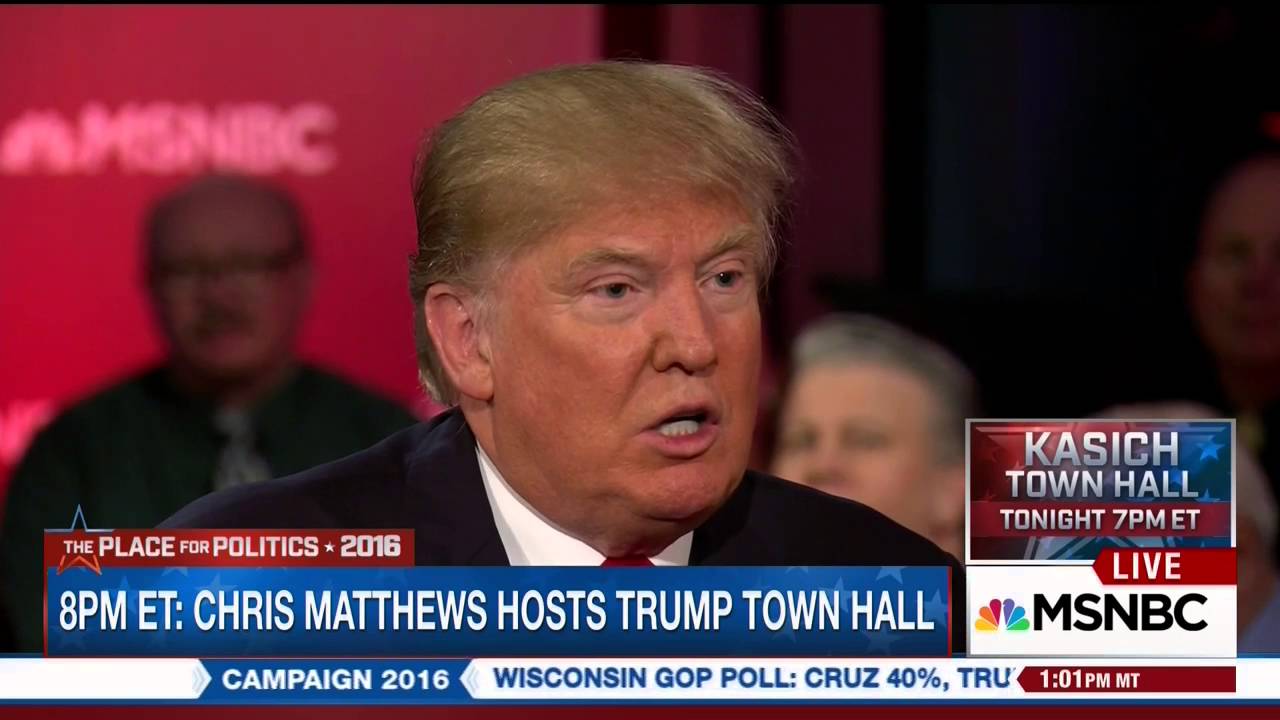 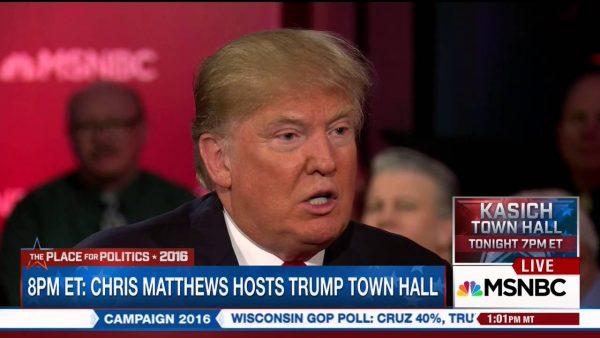 I have to write on this particular story because I am seeing people who are supposed to be pro-life saying that Donald Trump should not have said that women who murder their babies, in their womb, deserve some form of punishment and that he has torpedoed his campaign. I ask, what is wrong with that statement pro-lifers?

In a back and forth on the issue of abortion, Chris Matthews pressed Donald Trump on whether or not Donald was for punishing a woman who murders her baby. Here’s how it went.

At first, Trump was asked if a woman should be punished for having an abortion. Frankly, when he started out, it was quite weak.

“If you say abortion is a crime or abortion is murder, you have to deal with it under the law,” Matthews rightly said. “Should abortion be punished?”

“Well, people in certain parts of the Republican Party and conservative Republicans would say ‘yes, they should be punished’,” Trump responded, not actually answering the question presented to him. So Matthews asked again, “How about you?”

“I would say that it’s a very serious problem and it’s a problem we have to decide on,” Trump said, again not answering the question.

Trump did go on to say he is “pro-life” and against abortion, but he was pressed further by Matthews on what “banning abortion” means and the resulting consequences.

Of course, Matthews, like all liberals, claims concern for the health of the mother. If that is really true, then he should be shouting from the housetops for women not to have an abortion. Abortions scar women not only physically, but even mentally and spiritually. Furthermore, we know that literally hundreds if not thousands of abortion clinics don’t operate within the law and that many women have had to be rushed to the hospital due to their “safe and legal” abortion, and some have even died.

Matthews was asked by Trump how he felt about the Roman Catholic Church’s position on abortion in an attempt to get Matthews to be consistent with his agreement with the church’s position on abortion, but Matthews flipped it back that he wasn’t running for president. That’s true, but if he were consistent, he would have taken the position that abortion is murder and he would support Trump’s final answer. Matthews tries to draw a line between what is moral and what is legal (or lawful). Friends, real morality and real law come from the Lawgiver, God. If you are lawless, then you are not moral, you are immoral.

Trump simply stated, “There has to be some form of punishment” for the woman who has an abortion. That’s right, but what should that punishment be? Trump didn’t have an answer.

“Whoever sheds the blood of man, by man shall his blood be shed, for God made man in his own image.” Genesis 9:6

“Whoever takes a human life shall surely be put to death.” Leviticus 24:17

“But if you do wrong, be afraid, for he does not bear the sword in vain. For he is the servant of God, an avenger who carries out God’s wrath on the wrongdoer.” Romans 13:4

Now, if your first response to me is, “Tim, you’re just a Christian Taliban,” but you will also go and tell people that America was built on Judeo-Christian principles, please tell me what those principles are, if they are not the principles of God’s law? Our forefathers understood the law of God and implemented it and its just punishments in law in our history. Just look at how they handled sodomy and what they pointed to as their point of reference for what was unlawful about it and the justice administered.

Finally, I received an article from a man who blasted Trump over his answer.

“Donald Trump may have finally torpedoed his campaign by telling Chris Matthews and a nationwide TV audience that there should be ‘some form of punishment’ for a woman who has an abortion. He managed in so doing to horrify forces on the far left and to cause anguish in the pro-life community, which believes legal punishment should be reserved for abortionists rather than the women who seek their services.” (Emphasis mine)

This man went on to write, “Does she bear moral culpability for that decision? Of course she does. But the way forward for women is healing through repentance rather than time in jail.”

I have never heard that the pro-life movement doesn’t believe that the woman should not be held accountable for her part in the murder. That’s like saying that we’ll hold the hitman accountable, but not the husband who paid him to kill his wife. Why is her crime not to be punished, but to give her space for “repentance,” but the doctor she paid to murder her baby punished? Does that make any sense people? Shame on those in the “pro-life” movement who think this way! They may be pro-life, but they certainly are not pro-justice, and as a friend of mine rightly says, “Justice is the guardian of liberty.”

Granted, Trump needs to take a stronger position on this issue, but seeing that a punishment should be administered for murdering babies is a good place to be. Now Donald, break out your Bible and read it!