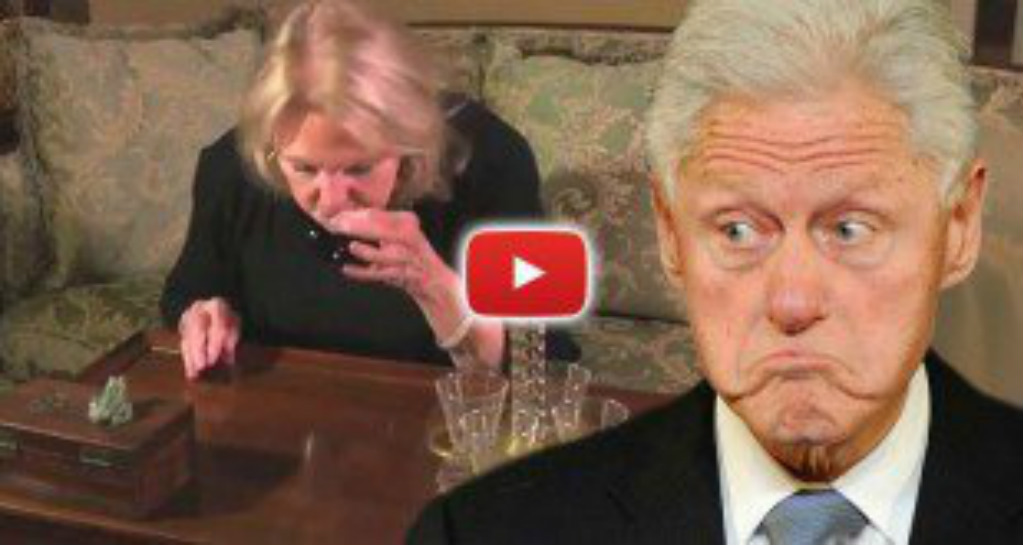 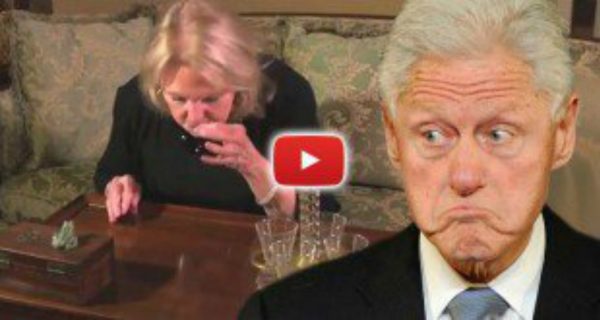 The former Miss Arkansas has never forgotten how her former lover used to don her frilly black nightie and prance around the bedroom, pausing for brief moments to take out his makeup compact case filled with cocaine and snort rails of the white powder from her coffee table.

Sally Miller is now coming clean about her past with the 42nd President of the United States, as well as his wife.

The affair dates back to 1983, back when Bill Clinton was a mere governor. According to Miller, the married Bill would sneak away from Hillary at night to come to her house to smoke marijuana, do cocaine, play music, wear her underwear, and have “so-so sex.”

In an interview with the American Mirror, Sally Miller backs up the already massive case against the Clinton family and their problem with cocaine.

“When he did coke,” Miller says, “he brought a little — like a woman’s cosmetic case, that’s the only thing I can describe.

“And he put it down here, pushed everything aside. And he rolled it out, and there was this little mat, and he sprinkled this white powder.

“I was sitting across the way, and I was just fascinated because it had a little straw and he leaned over and — ” Miller says, bending over the table and pretending to injest, “you know, in each nostril.”

Clinton’s cocaine problem was even documented by local doctors who treated him for abuse and overdosage. Dr. Samuel Houston, when speaking about Bill’s addiction, said, “Dr. Suen, a doctor at the medical center here in Little Rock that’s taken care of Bill Clinton for his sinus problems, which may indeed be drug related to cocaine use, as they destroy the sinus passages. Gov. Bill Clinton was taken into the hospital, I believe it was the medical center, on at least one or two occasions, for cocaine abuse and overdosage, in which he actually had to be cared for at the hospital.”

Voluntary consumption of arbitrary substances is not the issue here. If the Free Thought Project merely reported on Clinton’s affair and coke use and didn’t point out the real issues behind them, we’d be no different than the National Enquirer.

The real issue here is not some cheating husband’s drug addiction, it’s the cocaine smuggling and the allegations against the Clinton family by highly credible sources, that they were importing high volumes of cocaine and giving it to children.

Of course, this sounds like something out of the conspiracy realm. However, this information was found during a criminal investigation, and these statements were made by police investigators, government agents, and multiple eye witnesses.

Doc DeLaughter, former Chief of Police in Arkansas, in charge of investigating Dan Lasater, a convicted cocaine trafficker, and his relationship with the Clintons, came clean in 1994, and was subsequently harassed and intimidated by his fellow officers on the Clinton payroll.

“During the Lasater investigation, we had numerous witnesses go before the grand jury and had extensive testimony of people that were connected with Lasater, drug use and everything else,” recalled DeLaughter in the documentary ‘The Clinton Chronicles.’ “His (Clinton’s) cocaine use was used as a tool for sexual favors and for business deals to influence people.”

In 1985, Roger Clinton Jr., Bill’s brother, was convicted on cocaine charges and sentenced to prison. But once Bill was the President, he pardoned his brother.

Larry Nichols, former Director of Marketing for the Arkansas Development Finance Authority described the insane cocaine parties hosted by the Clintons at which “piles of cocaine” filled the rooms.

As the Free Thought Project previously reported, it is highly likely that Hillary Clinton will be the next president of the United States.

If her husband could come out unscathed from hosting massive cocaine parties at which underage girls were exploited and taken advantage of, it is no wonder why Hillary Clinton has remained a frontrunner and has yet to be indicted for her many alleged crimes.