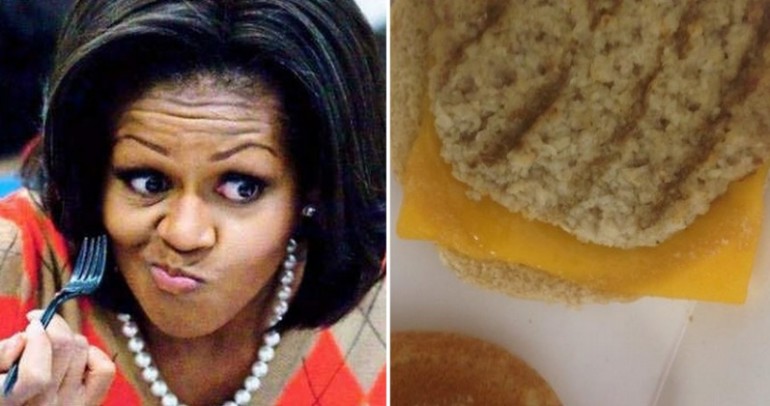 Never mind that the lunches are terrible. Thou shall not cross the queen!

Via Fox News: The federal government is taking steps to fine schools that do not comply with first lady Michelle Obama’s school lunch rules.

The U.S. Department of Agriculture’s Food and Nutrition Service issued a proposed rule Monday to codify parts of the Healthy, Hunger-Free Kids Act, which was championed by Mrs. Obama.

The regulation would punish schools and state departments with fines for “egregious or persistent disregard” for the lunch rules that imposed sodium and calorie limits and banned white grains.

A West Virginia preschool teacher was threatened with fines for violating the rules by rewarding her students with candy for good behavior in June 2015. The teacher ultimately did not have to pay, but the school had to develop a “corrective action plan” with training on the policies.

The government now seeks to make fines enforceable by regulation. Section 303 of the law requires that the federal government “establish criteria for the imposition of fines” for all the Department of Agriculture’s child food programs.

“Under section 303, the Secretary or a State agency may establish an assessment against any school food authority or school administering the Child Nutrition Programs if the Secretary or the State agency determines that the school or school food authority failed to correct severe mismanagement of any program, failed to correct repeated violations of program requirements, or disregarded a requirement of which they have been informed,” the proposed rule states.

DCG’s post previously appeared at Fellowship of the Minds