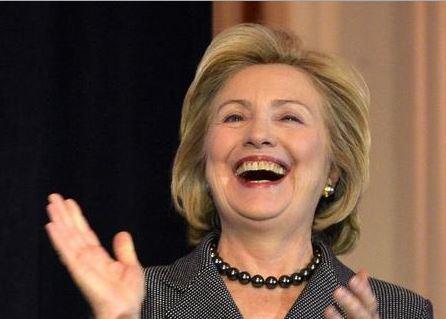 When a divided U.S. Supreme Court ruled in favor of Citizens United in 2010, it reshaped the political landscape by opening the floodgates to what is known as “dark money.” Unlimited amounts of secret cash can now be funneled to political candidates from entities posing as nonprofit organizations, and the public has no right to know who is buying these elected officials.

The biggest beneficiary of the Citizens United case appears to be Hillary Clinton, which is ironic considering that the subject of that case was a film critical of Clinton. She has long been a soldier for corporate interests, from propelling Wal-Mart to enormous proportions during the 1990s to advancing the interests of the military-industrial complex and Big Pharma.

States are now following suit in selling democracy to the highest bidder. On Tuesday, the Arizona house voted 31-27 to allow unlimited amounts of dark money to go into elections, and the bill will be signed into law by Governor Doug Ducey. The governor and Secretary of State Michele Reagan, as well as the representatives who voted for the bill, are themselves major beneficiaries of millions in secret cash from corporate interests.

Rep. J.D. Mesnard did not even try to hide the fact that anonymous special interests are more important than the voting public, saying, “I think transparency is generally a good principle, but it is not the overarching principle.”

Gov. Ducey enjoyed $3.5 million in dark money during the 2014 election, while $1.3 million was spent to buy legislators that are now tearing down the remaining barrier to unlimited dark money.

“Reagan’s bill would allow 501c4 non-profits to spend as much as they want on ballot measures. Currently, these so-called “social welfare” groups can spend no more than 49 percent of what they collect on political campaigns.

The bill also eliminates reporting requirements for non-profits, meaning you have no hope of ever learning who is funding those independent campaigns that are spending whatever it takes to make sure their guy gets elected.”

The Arizona Public Service Co. (APS) demonstrates what can happen when dark money is in control. The utility corporations spent $3.2 million to buy a pair of seats on the Arizona Corporation Commission, which sets electricity rates. With the new law allowing unlimited dark money, APS is set to buy three other seats this year.

The situation represents the worst that can happen in the collusion of government and corporations in what can be called a corporatocracy.

“We’re voting on something that is going to lead to the downfall of democracy,” Rep. Jonathan Larkin, D-Glendale, told his colleagues. “We are condoning corporations to spend an unlimited amount of money to potentially buy off or to influence our elections process.”

Republican strategist Chuck Coughlin also decried the sellout of democracy, writing, “Arizonans are demanding light and transparency and are being met with darkness and obfuscation.”

Unfortunately, criticism and exposure appear to have little effect on the juggernaut of the corporatocracy. Corrupt politicians and billionaire special interests are relentless in dismantling whatever obstructions impede their concentration of wealth and power through government.