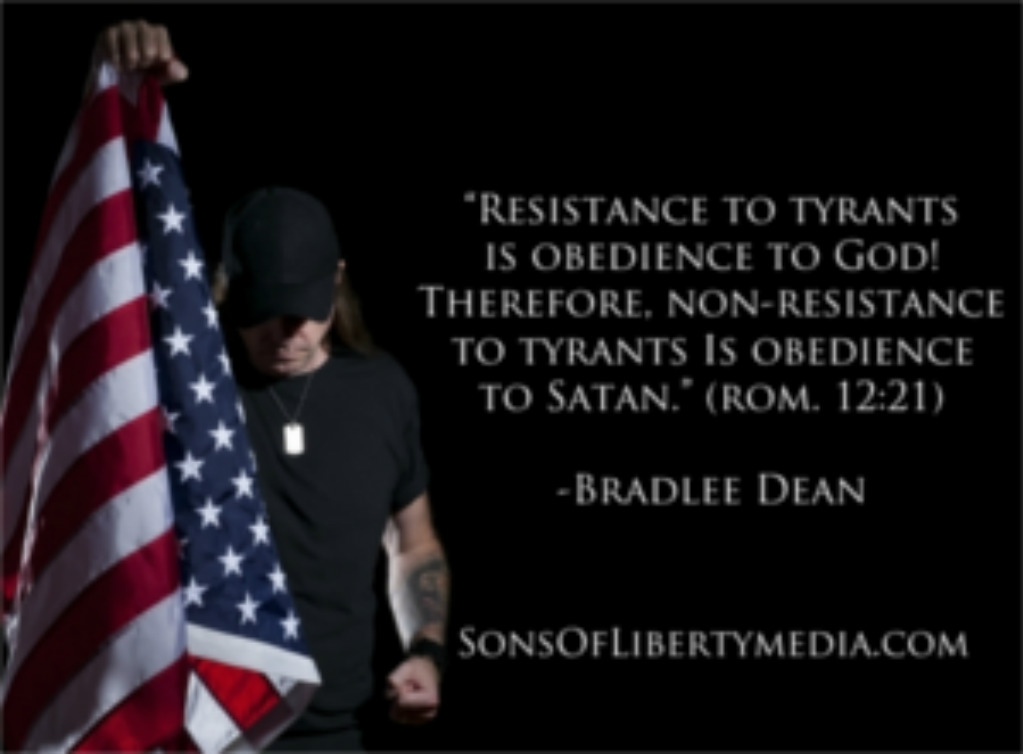 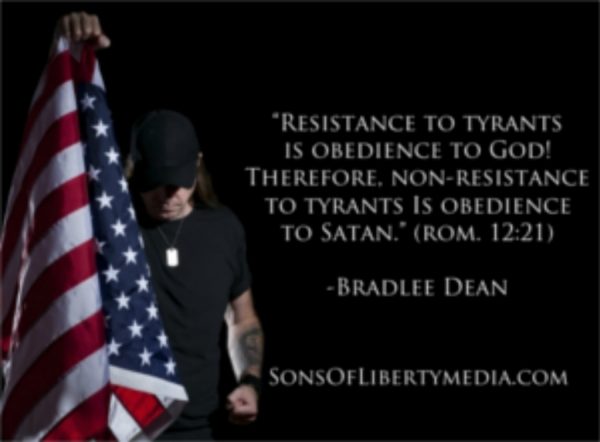 As I have preached for 20 years now, God is going to get your attention one way or another (Leviticus 26; Deuteronomy 28).

Americans have to their own shameless, apathetic and tolerant ways have not yet learned that those “that preach tolerance, only mean to dominate, then they try to silence the good.” Even when the writing is on the wall, for some reason or another, Americans feel that it still does not apply to them. How is this?

This is the fruit of this present administration (Matthew 7:16).

America’s present state proves whom they are willing to submit to, and that non-resistance to tyrants is obedience to Satan.

Is this the history of what our forefathers left you America?

By looking at the history of our founding forefathers, and by judging as to how they responded to the tyrant King George 4,417 miles across the pond, we can see that they had come to the point where they not only said “enough is enough,” but they acted as well by throwing off his ungodly rule (Psalm 94:20).

Thomas Jefferson, who was the chief architect of the Declaration of Independence said,

“Resistance to tyrants is obedience to God.”

“Rebellion against tyrants is obedience to God.”

Moses standing on the Shore, and extending his Hand over the Sea, thereby causing the same to overwhelm Pharaoh, who is sitting in an open Chariot, a Crown on his Head and a Sword in his Hand. Rays from a Pillar of Fire in the Clouds reaching to Moses, to express that he acts by Command of the Deity. The Motto inscribed on the Seal was “Rebellion to Tyrants is Obedience to God” (First Committee’s Design for the Great Seal).

Mr. Jefferson proposed: The children of Israel in the wilderness, led by a pillar of cloud by day, and a pillar of fire by night, and on the other side Hengist and Horsa, the Saxon chiefs, from whom we claim the honour of being descended and whose political principles and form of government we have assumed.

We can see clearly that King George was not ruled by God in his role as the King and because of that, the founders threw him off.

The unanimous Declaration of the thirteen united States of America,

We hold these truths to be self-evident, that all men are created equal, that they are endowed by their Creator with certain unalienable Rights, that among these are Life, Liberty and the pursuit of Happiness.–That to secure these rights, Governments are instituted among Men, deriving their just powers from the consent of the governed, –That whenever any Form of Government becomes destructive of these ends, it is the Right of the People to alter or to abolish it, and to institute new Government, laying its foundation on such principles and organizing its powers in such form, as to them shall seem most likely to effect their Safety and Happiness. Prudence, indeed, will dictate that Governments long established should not be changed for light and transient causes; and accordingly all experience hath shewn, that mankind are more disposed to suffer, while evils are sufferable, than to right themselves by abolishing the forms to which they are accustomed. But when a long train of abuses and usurpations, pursuing invariably the same Object evinces a design to reduce them under absolute Despotism, it is their right, it is their duty, to throw off such Government, and to provide new Guards for their future security.–Such has been the patient sufferance of these Colonies; and such is now the necessity which constrains them to alter their former Systems of Government. The history of the present King of Great Britain is a history of repeated injuries and usurpations, all having in direct object the establishment of an absolute Tyranny over these States. To prove this, let Facts be submitted to a candid world.

This is where it starts, and then everyone else falls in close pursuit to impending judgment because they submit to the wrong authority (Roman 12:21). We are to overcome evil with good, not the other way around.

The history of men: Men depart from God, the people yield themselves over to the state at the dictates of the tyrant, wars are commenced, populations are murdered and countries are destroyed. The tyrant is dealt with, then they return to the God from whom they should have not departed. Whom do you submit to?