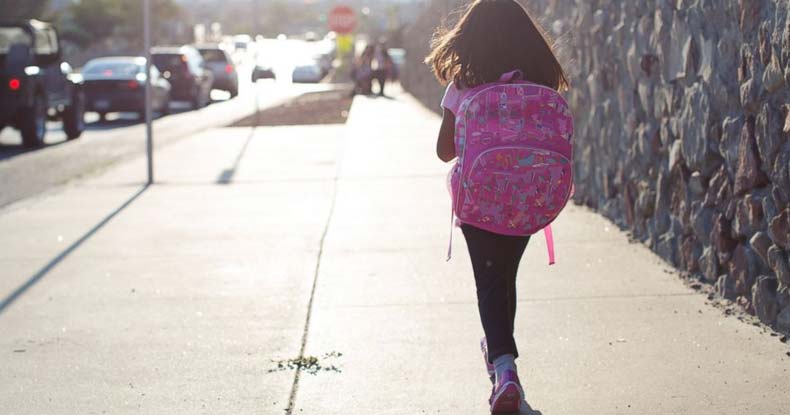 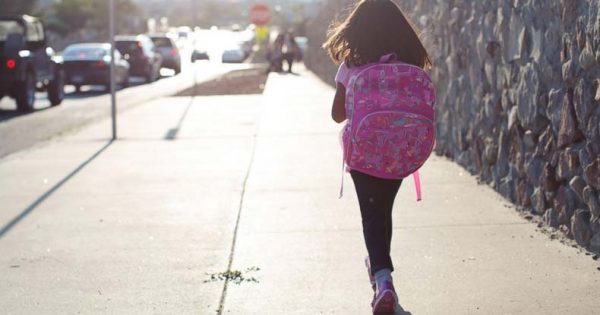 Jasper, TN — Last month, Lisa Marie Palmer, upset that her children had missed the bus, again, decided that it would be a good learning experience for them if they walked to school.

Palmer then got in her car and drove in front of her two daughters as they walked the 3-mile route to school.

While some may think that having kids walk to school is a harsh punishment, it is far better than beating them. That being said, when Marion County sheriff’s deputy Chris Ladd spotted the two girls walking behind their mother’s car, he just had to stop it.

In his report, Ladd said it appeared Palmer was driving ahead of her children and allowing them to catch up to her car until the kids reached the school.

Sheriff Ronnie “Bo” Burnett said Palmer told deputies that her daughters were being punished for missing the bus.

Of course, a police officer stopping to ask why two children are walking behind a car is rational. But, once Ladd realized what was going on, he should have simply gone about his business and moved on. However, that’s not what happened.

Instead of allowing this mother of two to continue to teach her children a lesson in a non-violent creative way, Ladd charged Palmer.

Even though the children had made it over a mile already under her plan, Palmer was subsequently charged with child neglect.

To justify his actions, Ladd stated in the report that “Temperatures were cold, and traffic was beginning to become heavy with citizens heading to work.” He went on to state that “Mrs. Palmer was in no position to reach her children safely in the event of an emergency.”

The Tennessee Department of Children’s Services is now investigating the case and Lisa Marie Palmer and her husband Douglas Palmer could face the possibility of losing their children.

Lisa Palmer is due in court on April 18 on charges of child neglect and driving without a license.

Sadly, this incident is not an isolated one. The nanny state is out in full force.

Last year, the Free Thought Project reported the story of two Maryland parents who were found responsible, by Child Protective Services (CPS), of “unsubstantiated child neglect,” for allowing their 10-year-old boy and 6-year-old girl to walk a mile home, from a local playground to the family residence.

Editor’s Note: Jasper, TN is a small town. The official population was reported at 3,297 (in 2013). While crimes can still happen in small town America, I think it’s important to note that this didn’t happen in a high-crime and highly-populated metro area. It’s quite possible that these children were known by many of the town’s residents. And how much “traffic” can there really be in this small town?