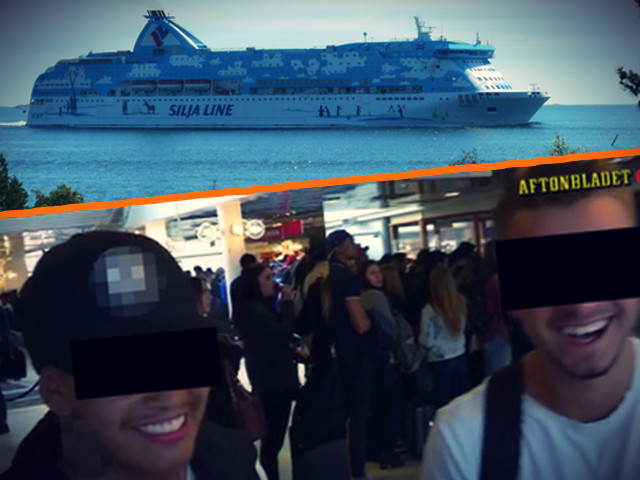 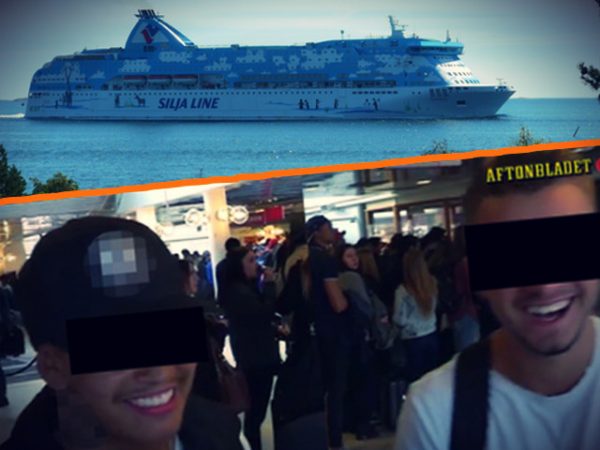 And the Swedish media tried to cover up — this is their children they’re sacrificing to savages. Their children. They are finished.

There’s more to this story than this gruesome gang-rape. One of my Swedish readers wrote me earlier about this student cruise: “Four migrants where arrested charged with gang-rape when the ship came ashore. ‘Funny’ thing is that Swedish PC newspaper were there before they took off. They were interviewing one of the few non-Swedes. When the PC newspaper [the leftist rag Sweden’s Aftonbladet.] realised that the one interviewed were locked up for suspicion of gang-rape on board they quickly took down link to the video…but it was already on the internet so it spread thru Facebook. .Now they are taking credit for unveiling that two of the four men are suspects in a murder in Stockholm…..”

Five men, including two believed to be accessories to murder, have been arrested on suspicion of gang raping a girl on-board a special, high school kids-only pleasure cruise in Sweden.

Four men aged between 18 and 19 were arrested when the luxury MS Galaxy landed after its cruise to Finland on Wednesday, with a fifth arrested yesterday. They are all accused of gang-raping an unidentified woman, and face charges of aggravated rape.

The prosecutor has given no more detail about the crime or the victim, and was initially even reluctant to disclose that it was a woman who had been raped.

Although the politically-correct Swedish police have gone to their usual lengths to obscure the identities and nationalities of the suspected perpetrators, a mistake by Sweden’s largest newspaper has revealed the men to be migrants.

A film crew from newspaper Aftonbladet interviewed a number of students boarding the ship as it prepared to sail earlier this week for a feature on the cruise.

Of the 1,700 young people who sailed they by chance ended up interviewing two of the attackers.

The non-Western young men told the camera of their plan to have a good time while at sea, remarking they wanted to “Just fuck about”. He remarked “because we are students”, they wanted to “actually go fucking wild”, reports Sweden’s Aftonbladet.

The footage was released by the paper accidentally to their website and later taken down, but a screenshot was preserved of the men, censored by Friatider to comply with Swedish law.