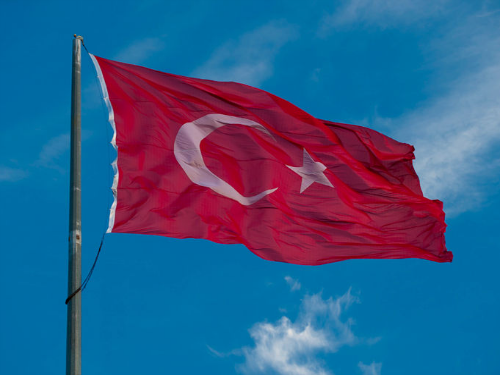 Whenever Germans take to the streets to protest their nation’s open door migrant policy, the response by the media and the government is swift. They are called nationalists (as if that’s a bad thing) or right-wing neo-nazis, which in modern German culture is just about the worst thing you can call someone. Being a fascist in that country is the ultimate taboo and promoting those beliefs can land you in jail, so it’s the easiest way to shut down someone who just wants the borders to be closed.

However, the same standard isn’t held for the minorities in Germany. On Easter Sunday hundreds of Turks marched in the streets of Duisberg, Germany chanting “With Allah’s help, we shall conquer you” in protest of the leftist Kurdistan Workers Party. As they marched many of them could be seen giving the Grey Wolves salute. In case you don’t know, the Grey Wolves are a Turkish nationalist group with fascist leanings that killed hundreds of leftists and intellectuals in Turkey during the late 70’s. But since they’re not white people, the Western media doesn’t give a damn.

I should add that the Turks have been a sizeable minority in Germany for two generations now. They’ve done a great job of assimilating into that country haven’t they?