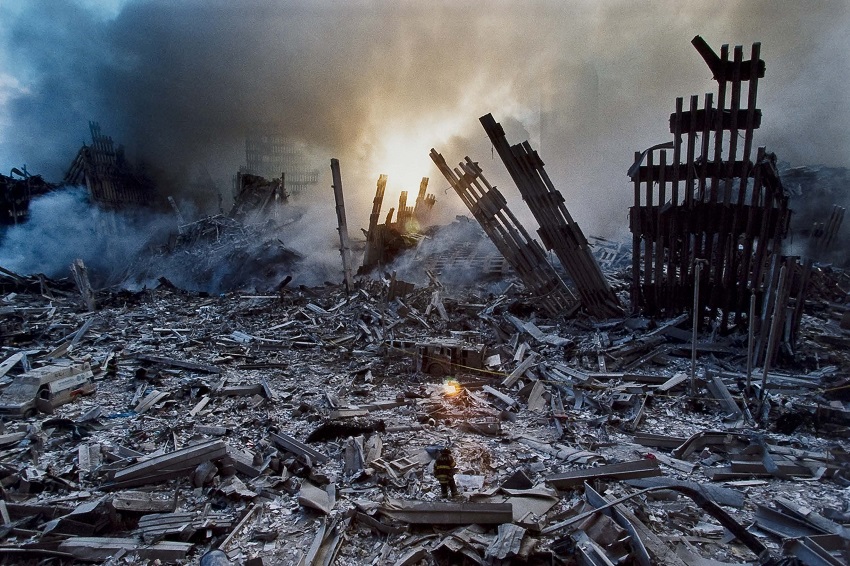 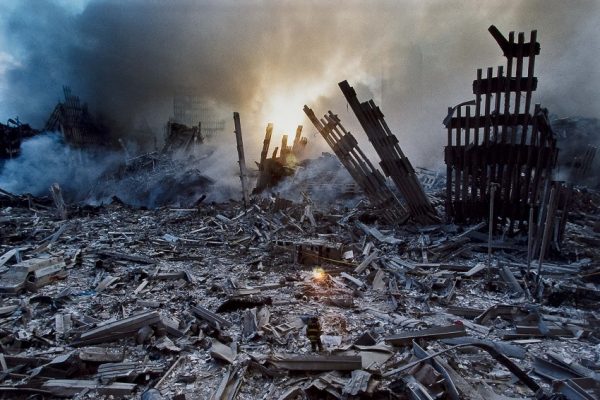 Michelle Scott, an office worker, told an ABC 7 reporter on September, 11, 2001, that she “ran down the steps to the lobby” after the upper part of the tower exploded. When Scott finally descended to the lobby she said, “everything was torn up” and that a woman already “had her face blown off” from an apparent blast.

Mike Benfante, another eyewitness who managed to escape the exploding tower with his life, recounted the event moments after it happened to the same ABC 7 reporter.

“I’m standing next to John and then the top of the thing [tower] blew up. And it just exploded, started coming down and I was running for my life.”

Befante said he then quickly slid under a truck to safety when “everything just went black.”

ABC 7 also reported, “federal agents with guns standing outside the federal buildings clearing everyone out.”

Additionally others were reported to have had seen victims with skin “hanging” off their bodies.

“It was a big blast — a big ball of fire,” one witness said.

A janitor in one of the towers said that he could clearly hear a difference between the explosion or ‘plane impact’ situated high up in the tower as opposed to a separate explosion that took place in the basement.

A War Correspondent named Jack Kelley reported to USA Today that the FBI did announce early on that the “coordinated attack” on the World Trade Center likely consisted of ‘two planes’ and the simultaneous detonation of other ‘explosives’ placed in the buildings.