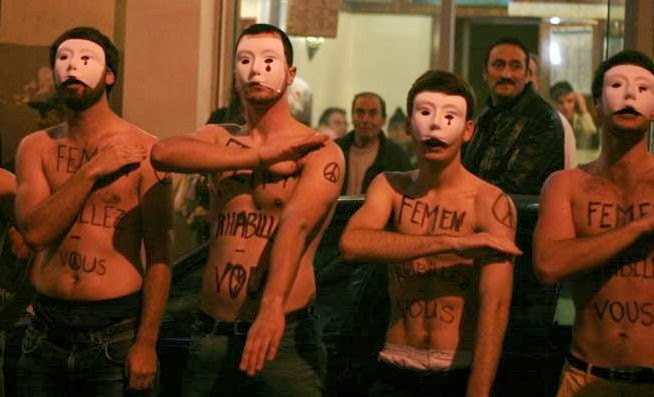 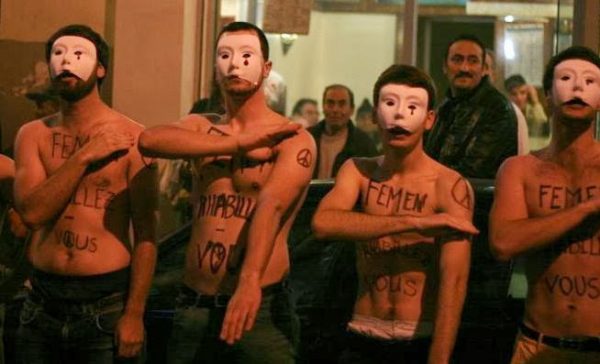 The issue of pedophilia is once again making its way into the mainstream. Researchers are now claiming that it is normal for men to feel a sexual attraction to young, pre-pubescent children. As the homosexual rights movement continues to gain ground, we hear more and more about the normalization of pedophilia in our culture. There is a definite agenda to normalize sexually deviant behavior while pushing for pedophile rights. Pedophiles are actively seeking to lower the age of consent laws when it comes to lawful sexual behavior with another. They claim that sex with children is not only a natural desire felt by adult males, but that, in many cases, the children affected may actually benefit from it as opposed to experiencing harm. Many sodomite rights activists also push the idea that child sexual abuse committed against young boys is not a homosexual problem, but one of heterosexual males instead. This is a sick, twisted agenda being pushed under the guise of a human rights campaign backed up by fallacious research supporting the desires of sodomites. If not stopped, this could have dire consequences for the future of humanity.

It has long been understood that children who have suffered from child sexual abuse were likely to experience severe trauma from the event. Researchers have long concluded that feelings of sexual confusion, worthlessness, depression, and suicidal thoughts were associated with sexual abuse. In many cases, even post traumatic stress disorder has been thought to be a consequence. The rates for reported mental health issues, according to a report published in the Journal of Pediatric Health Care, is higher for people who self report for child sexual abuse. The rates are higher for women, 56%, as opposed to 47% for men. The rates for mental health issues among those with no history of child sexual abuse are significantly lower, 32% for women and 34% for men. This report also finds that boys will most likely experience a fifteen fold increase in suicidal tendencies as opposed to those who have not experienced sexual abuse while girls have a threefold increase for suicidal behavior. This is generally after introducing treatments for depression and other symptoms. Based on these findings and what has generally been known about child sexual abuse, children suffer greatly when abused by adults. This is the reason pedophilia has long been treated as a crime. Things are rapidly changing. Pedophilia is now considered more of a “sexual orientation” among many in the scientific community. The latest edition of the DSM, the DSM V, was going to classify pedophilia as a sexual orientation, but revised its decision after receiving backlash from the public. This doesn’t change the fact that there are still those seeking to normalize sex with children.

Lately, many academic papers have been surfacing which claim to dispute the findings that sexual abuse is harmful to children. In fact, many of these papers claim that there is a benefit to children under certain circumstances and that harm is generally only experienced when a child is molested against their will. The Journal, Pedophilia Unbound: Theory, Research and Practice, is a collection of these types of fraudulent “scientific papers.” In the first chapter entitled “Tabooed Child Sexuality,” the author writes that the sexual experiences of children are not less important than those of adults and that children, like adults, are normal sexual beings. The chapter itself seems to suggest that because pedophilia is a common occurrence around the world, it is normal and child sexuality should be studied. The author comments on the difficulties of taking on such an endeavor when child sexuality is hampered by so many taboos. This is the type of sick, demented thinking that is currently plaguing our society. Just because sex between adults and children may be a normal occurrence across the globe does not make it right. On page 79 of this publication is a paper published by Bruce Rind and Robert Bauserman entitled “An Estimate of Consequences of Adult–Non adult Sex for the Non adults in the General Population,” this paper claims that sex between adults and children can be beneficial, especially between men and young boys. They cite studies which claim that the effects of adult child sex are based on several different factors, including how knowledgeable the child is about sex, the level of willing participation, and the child’s personal views on the negative connotations about sex, especially in the western world. This, of course, implies that the western world’s views on sex, particularly sex between adults and children, is outdated. This paper further suggests that studies proving harmful affects of child sexual abuse are based on the biased samples of the population, meaning that the studies proving harmful effects are all from children who have “self reported” child sexual abuse, and that they were likely to already have problems. Children who have allegedly experienced no harm from adult-child sex generally do not see a clinician; therefore, few studies are conducted on the benefits of such experiences. Other studies cited by this paper also claim that many boys benefit from sexual relationships with older men because it provided the opportunity to have a positive, influential relationship. To Rind and Bauserman’s, credit they also admit that such samples are also based on a bias because researchers that support this may be deliberately seeking out people who have had positive experiences. The fact that sexual activities of children is even studied, encouraged, or considered a normal part of their being is, indeed, disturbing all together.

There is also the issue of homosexuals claiming that pedophilia is a heterosexual problem as opposed to a homosexual problem. According to Steve Baldwin, in his paper entitled “Child Molestation and the Homosexual Movement,” homosexual activist groups claim that the accusations of child molestation being a homosexual thing lends credibility to the idea that there is an effort to demonize and discredit the homosexual movement. This would be an example of the homosexual activists playing the victim role if you will. Research on the subject, according to Baldwin, suggests, however, that male homosexuals are far more likely to molest young boys as opposed to heterosexuals. After all, as Baldwin writes in his paper, it is generally sodomites that advocate for the lowering of age of consent laws and not straight men.

“Using twisted logic, pro-gay academics argue in various social science journals that the molestation of boys is not a sodomite lifestyle issue and that such men are not really homosexuals. It is simply amazing that sodomite propagandists and sexology “experts” are successfully bamboozling the public and the media into believing that a man’s exclusive focus on young males should not be defined as homosexuality! But if an exclusive attraction of a male to other males of any age is not homosexuality, what is?” (Baldwin)

Furthermore, sodomite rights groups, according to Baldwin, are actively seeking to lessen the penalties for sexual activity with underaged boys, claiming that it is a violation of civil rights. This is the consequence of moral relativism and multiculturalism coming home to roost. The fact is that attraction to young boys is almost exclusively a homosexual problem. Baldwin writes that very few homosexuals are attracted to older men, and that according to the journal, Archives of Sexual Behavior, cited by Baldwin, 86% of pedophiles consider themselves to be homosexual.

As the sodomite rights agenda moves forward, little attention is being paid to the possible consequences concerning the safety of our children, and more attention is being paid to the idea of feeling like we are not being overly judgmental. Homosexuality is not conducive to good health, as they are more prone to suffer from sexually transmitted diseases and environments that may not be clean and sanitary. According to the Family Research Center, these facts point to homosexuality creating risk for others, as well.

We certainly do not want to create a hostile environment toward homosexuals in general; however, it must be recognized that there is an element of that population that has in its sights the lowering of age of consent laws and normalizing pedophilia in order to satisfy their sexual desires. If there is not an effort to stop this and the idea that this is a human rights issues moves forward, we could be causing untold damage to generations of children who should look to adults for protection, not live in fear of them or have sexual relationships with them. This is sick.