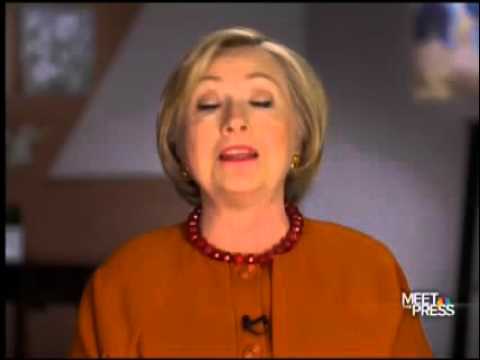 These six things doth the Lord hate: yea, seven are an abomination unto him: A proud look, a lying tongue, and hands that shed innocent blood, An heart that deviseth wicked imaginations, feet that be swift in running to mischief, A false witness that speaketh lies, and he that soweth discord among brethren.” Proverbs 6:16-19

Did anyone else catch Democrat presidential candidate, known liar and criminal Hillary Clinton‘s comment to Chuck Todd regarding Constitutional rights of the unborn?

You didn’t? Well, here take a look for yourself and see if you get it.

Catch that? Clinton, after decades of indoctrination that the unborn child in the mother’s womb, referred to the child as an “unborn person.”

That’s right, she knows what all of us know instinctively and that is that a baby, no matter how long it is in the womb is a person, a human person, made in the image of God.

She went on to declare that the child doesn’t have constitutional rights. However, she added, “That doesn’t mean that we don’t do everything we possibly can in the vast majority of instances to, you know, help a mother who is carrying a child and wants to make sure that child will be healthy, to have appropriate medical support. It doesn’t mean that you don’t do everything possible to try to fulfill your obligations, but it does not include sacrificing the woman’s right to make decisions and I think that’s an important distinction that under Roe v. Wade we’ve had enshrined under our Constitution.”

Hillary Clinton is for abortion on demand. Hillary Clinton just stated that there are “obligations” concerning helping mothers to carry their children and providing appropriate medical support. Then, instead of continuing to speak about that very same child and aiding mothers in caring for those children, which she calls “persons,” she turn to the mother and claims her rights of “decision” should not be infringed on. What kind of logic is this? There is no logic. It is propaganda to promote the “freedom” for mothers to make a decision, or “choice,” to murder their infants in some of the most deviant ways known to man.

Second, the Constitution was proceeded by the Declaration of Independence. In that document, it stated clearly:

We hold these truths to be self-evident, that all men are created equal, that they are endowed by their Creator with certain unalienable Rights, that among these are Life, Liberty and the pursuit of Happiness.–That to secure these rights, Governments are instituted among Men, deriving their just powers from the consent of the governed… (emphasis mine)

There is no doubt the men who signed that document and the men who signed the Constitution would have been horrified at Clinton’s words that one can be a person, who happens to live in its mother’s womb and yet, could be conveniently discarded, dismembered, burned, torn apart, beheaded, have its spinal cord cut, its brains sucked out and various other forms of execution performed under alleged protections of the Constitution based on the ridiculous claim that it’s all because a mother has a right to choose.

But choose what Mrs. Clinton? Choose to annihilate the most innocent in our society? Choose to murder (yes, it is a crime that should be punished for all involved)? Choose to ignore what every woman who goes into an abortion clinic knows in her heart is a baby because of the conscience that God has given her?

If only those in the “pro-choice” would articulate exactly what they mean by “pro-choice.” If only they would say, “We are all for the woman to choose… to murder her baby.” Then, the propaganda would stop and the lies would stop… and then women would truly understand that their choice is to preserve life or be faced with the criminal act of murdering their babies.