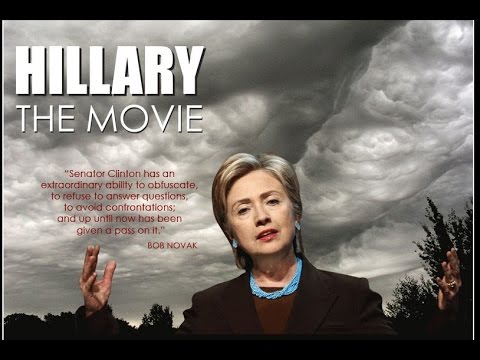 (INTELLIHUB) — After seeing what has taken place on the current Presidential campaign trail, it should come as no surprise that the Establishment actually managed to suppress the release of a documentary film exposing Hillary Clinton back in 2008.

The film, produced by a conservative non-profit organization, was scheduled to air on cable T.V. and video-on-demand just before the Democratic primaries in Jan. of 2008, and was banned under the Bipartisan Campaign reform Act which is enforced by the Federal Communications Commission.

The documentary interviewed various conservative figures such as Dick Morris and Ann Coulter and reviewed various scandals in which Hillary Clinton participated in, such as the White House travel office controversy, White House FBI files controversy, Whitewater controversy, and cattle future controversy. The factual finding of the three-judge district court was that there was “no reasonable interpretation [of the movie] other than as an appeal to vote against Senator Clinton”, thus making it “electioneering communication”. The Supreme Court did not change that decision, but in a more far-reaching way declared that corporations could not be banned from making electioneering communications.

The people in power have been engaged in a web of corruption for years and would like to keep it that way. Right now they are doing everything in their power to remain in control for as long as possible — this has been made prevalent in the current race for the White House as can be seen on T.V. on any given day.