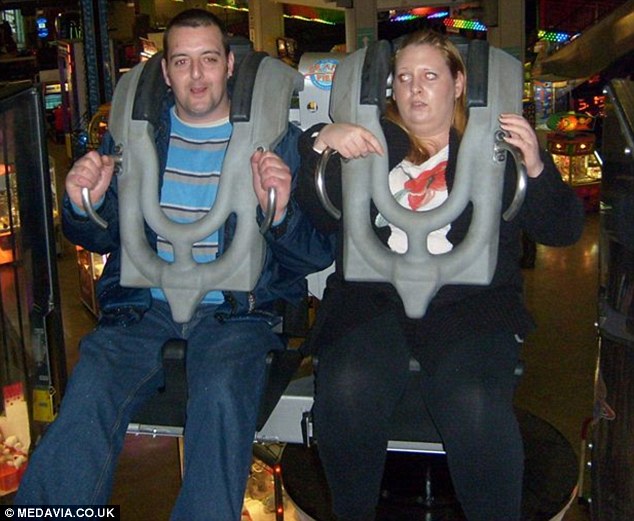 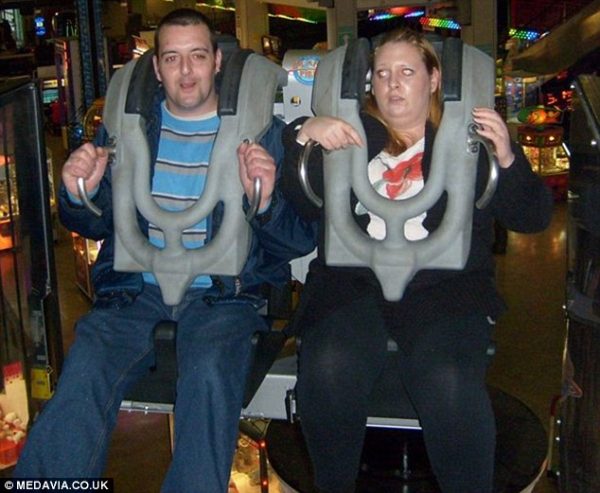 This woman is brave to come forward and tell this gruesome story. Only one of the five Muslim migrants were apprehended. The other four “escaped the country.” Don’t believe it. They are being hidden by the Muslim community, much the way the Paris jihadis were.

‘They were like a pack of wolves’: Woman relives the moment she was gang raped by five ‘foreign’ men as she went to pick up a KFC takeaway for her boyfriend

By Emily Hodgkin and Helen Obrien For Mailonline, 5 April 2016

A woman has revealed how she was gang raped by five ‘foreign’ men when she left home to pick up a takeaway.

Michelle Pavey, 30, from Radstock, near Bath, was heckled and propositioned for sex by the group who were parked in a silver Mondeo as she went to her local KFC at 4pm.

Ms Pavey, who was wearing tracksuit bottoms and a jacket over her pyjamas, said the car pulled alongside her and she was grabbed – before the assailants ripped off her clothes, held her down and attacked her.

Speaking for the first time about the ordeal, which has so far only seen one man – Afghan asylum seeker Ahadullah Khughiani, 19 – jailed, Ms Pavey, who had gone to pick up dinner for her boyfriend Gareth, a scaffolder, said: ‘[The car], full of men, slowed down alongside me and [they] started shouting at me in a language I didn’t understand.

‘I didn’t have a clue what they were saying but then one phrase came very clear through the cacophony of voices.

Ms Pavey said she told the men to leave her alone – but they continued to shout at her.

Scared, she said she put her head down and walked faster, trying to ignore them.

She explained: ‘But the car veered into the kerb, stopping alongside me.

‘I heard the car doors swing open and before I knew it, three of the men had jumped out of the back seat and dragged me inside.’

Ms Pavey begged the men to leave her alone, but they forced her into the foot well of the car and sped away.

Ms Pavey, who was attacked on November 26, 2009 but has now waived her right to anonymity to encourage other sexual assault victims to report the crimes, said she thought she was going to be killed. About 10 minutes later the car came to a halt and she was dragged outside.

She tried to fight them, but it was no use.

The men dragged her by her ankles. They had driven her to a park – and Ms Pavey could feel grass between her hands.

She said: ‘The scene was like something from a horror movie.’

The gang tore at Ms Pavey’s clothes, pulling off her jacket and ripping off her trousers and pyjama bottoms.

She was kicked to the floor and held down by two men by her arms.

Ms Pavey said: ‘Pain tore through me as the first man climbed on top of me and brutally raped me.

‘I shouted and screamed but nobody heard me.

‘The gang were like a pack of wolves, egging each other on as the second man unzipped his trousers and forced himself on me.’

By the time the third man climbed on top of her Ms Pavey said she had given up fighting.

She instead focused on the lights of a church on the horizon in a bid to shut out the horror that happened as each of the men took their turn to rape her.

Finally, when the fifth man was done, they sped away in their car.

Ms Pavey said: ‘Adrenaline had been coursing through my veins but now, as I lay motionless, I realised how cold it was.

‘But I couldn’t move. I was badly bruised and sore and emotionally, I just couldn’t think. I couldn’t get my head around what had just happened.

‘For half an hour, I lay on the cold grass before I pulled myself up. The monsters had taken my phone, jacket and trousers – but they’d left my pyjama bottoms, so I pulled them back on.’

Ms Pavey staggered to her feet and made her way back home.

When Gareth opened door she struggled to tell him the truth – when she did, he blamed himself for not being there to protect her.

‘Of course it wasn’t his fault,’ Ms Pavey said. ‘It was 4pm and I was making a 10-minute walk from my own home for some food.

I felt their grasping hands all over me and for months and months afterwards, despite countless baths and showers, I felt dirty

Gareth called the police and Ms Pavey was taken for tests. She said: ‘The sick gang hadn’t used condoms and their DNA was all over me.

‘In the early hours I was sent home and I sunk into a hot bath. But no matter how hard I scrubbed, I couldn’t wash myself clean.

‘I felt their grasping hands all over me and for months and months afterwards, despite countless baths and showers, I felt dirty.’

A couple of weeks later, an officer from the CID called Ms Pavey and told her they had caught one of her attackers, but that the rest were believed to have fled the country.

‘I wasn’t going to let him scare me anymore but when it came to it, he didn’t show a shred of remorse,’ Ms Pavey said.

‘He was laughing and even making jokes in court. I was furious. I couldn’t even have Gareth there with me as he was giving evidence and there was my attacker, laughing in the dock.’

Khughiani was jailed for eight years and was recently deported.

Ms Pavey said: ‘What happened that night has left me with a life sentence. Even now, I find it hard to be intimate with Gareth.

‘I still can’t believe a trip to the takeaway ended in such terror.

‘I want to show women there is light at the end of the tunnel and you can get justice. I’m not a victim – I’m a survivor.’