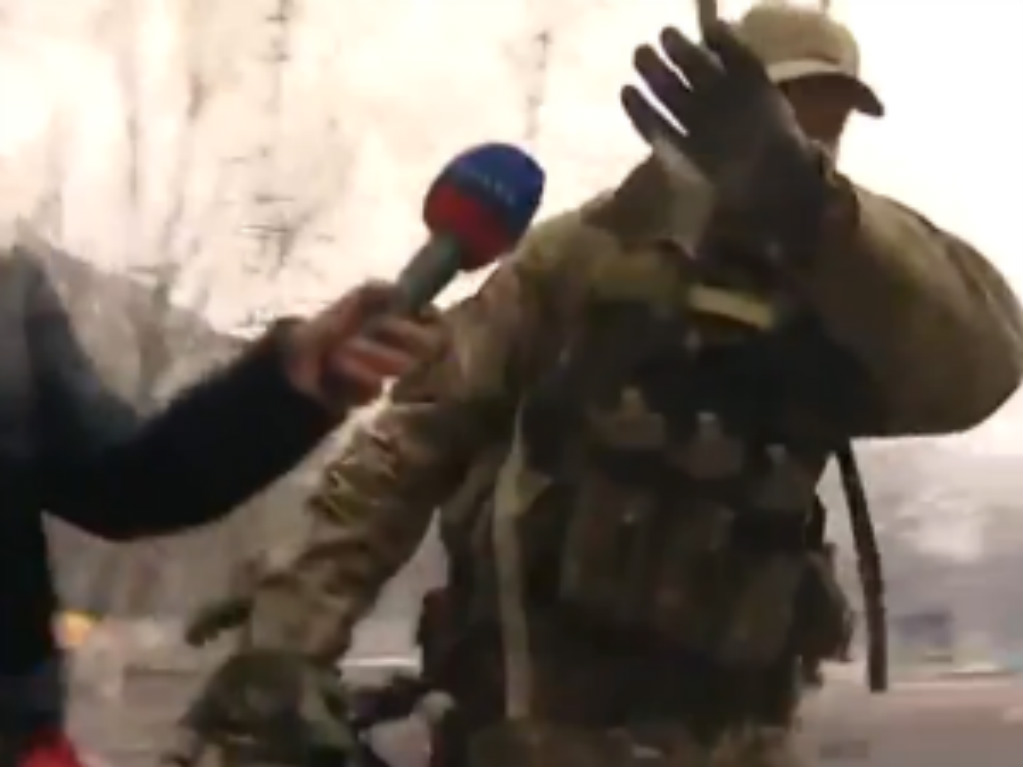 When 50 intelligence analysts working for the U.S. military’s Central Command came forward last year with allegations their reports had been whitewashed to frame the war against ISIL as a success, they likely didn’t expect to be fired for being honest — but that’s exactly what has now happened.

In an exclusive report, three unnamed sources told the Daily Beast that “Two intelligence analysts at U.S. Central Command say the military has forced them out of their jobs because of their skeptical reporting on U.S.-backed rebel groups in Syria.”

Superficially, these firings might appear inconsequential, but they confirm in earnest the government’s pro-military propaganda campaign — as well as the prerogative of staunch adherence to the pro-nationalist narrative. Stick to the script, in other words, or face the consequences.

Even so, darker undertones from these alleged reprisals cannot be ignored — there are obviously more compelling reasons to fire top analysts than simple policy disagreement. In that vein, just follow the money.

One of those allegedly facing retaliation had been the top analyst in charge of CENTCOM’s Syria issues. The Daily Beast summarized the statements of two anonymous sources:
“He and a colleague doubted rebels’ capabilities and their commitment to U.S. objectives in the region. The analysts have been effectively sidelined from their positions and will no longer be working at CENTCOM.”

At issue was the marked failure of a $500 million program to train and arm ostensibly moderate Syrian rebels to fight ISIL — a program originally envisioned by the Pentagon to include some 15,000 fighters, but that in actuality totaled an astonishingly lower number.

“The program is much smaller than we hoped,” Pentagon policy chief, Christine Wormuth, said in her testimony.

Though top defense officials steadfastly defended the “anti-ISIS” training program, despite its laughable outcome, damage from the revelations coincided with the apparent revolt when the 50 analysts claimed their reports received sugar-coated editing and serious manipulation from superiors. Formally employed by the Defense Intelligence Agency, the analysts’ decision to come forward — especially taking into account being fired for doing so — ripped the facade from the fighter training program and, arguably, laid bare the money trail it had been protecting.

Wasteful though the Pentagon may be, were we really to believe spending over $100 million per Syrian rebel fighter was a program worth continuing?

“DIA analysts have accused the political appointees within the intelligence community and the Oval Office itself of drastically misrepresenting their intelligence forecasts in relation to the fight against the Islamic State in Syria and Iraq. The analysts say the administration is using the data to falsely paint a positive image of a fight that has ground to a stalemate.”

Now Grove, whom analysts finger as chiefly responsible for tension at CENTCOM, along with his civilian deputy, Gregory Ryckman, have been accused of deleting evidence from computer systems to thwart an ongoing investigation of the matter by the Inspector General, three confidential sources familiar with events told theDaily Beast.

As congressional and Pentagon investigations into the altered documents continue, apprehension and anxiety have reached a crescendo. According to the report, military brass may be attempting to determine which analysts criticized Grove, to what capacity did they do so, and to whom — investigators or journalists — they spoke about their concerns.

A witch hunt this extensive obviously cannot pertain solely to the altered reports, themselves, but rather what those alterations sought to obfuscate from public knowledge; it’s laughable to imagine wasteful spending eliciting such a crackdown from top military officials.

Evidently, CENTCOM, the Pentagon, and the Obama Administration would rather this telling scandal disappear — but with DIA analysts now losing their jobs for justifiably speaking out, it may be next to impossible to coax this genie back into its bottle.