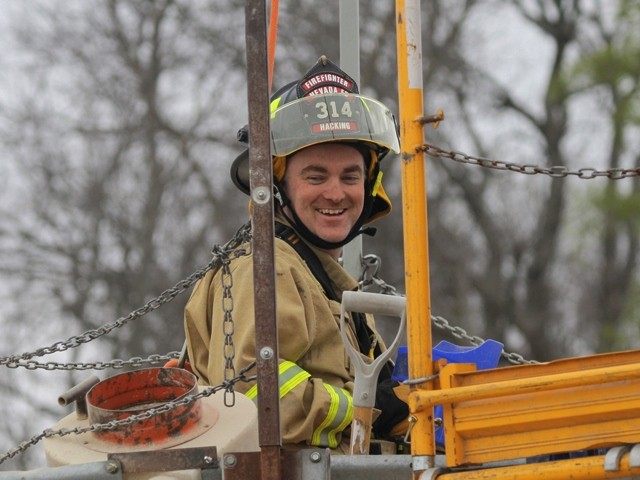 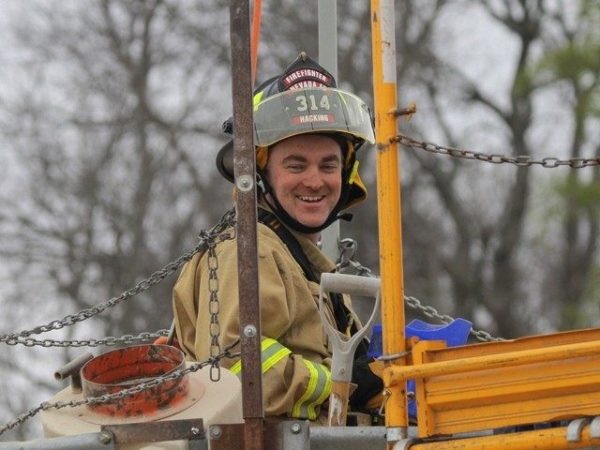 A previously deported illegal alien killed a Volunteer Nevada firefighter, along with this 22-month-old son and four-year-old stepdaughter on Tuesday.

A Nevada volunteer firefighter and two children died Thursday [sic] in a crash that shut down State Highway 78 in Wylie, the Texas Department of Public Safety said.

A van traveling south on Highway 78 swerved into the northbound lane, striking a car. It was not clear what caused the van to swerve, Haschel said.

All three people in the car died at the scene, including fire Capt. Peter Hacking, 36, and two of his children, 4-year-old Ellie and 22-month-old Grayson.

The driver of the other vehicle was Margarito Quintero, 33. Quintero was carrying two other passengers, Fransico Rameriz, 34 and Rogoberto Cruz, 19. All three of those men survived the crash with serious injuries and were transported to Baylor Regional Medical Center.

Hacking was praised by many in the community as a loving father and faithful fireman.

“Anybody who volunteers for a volunteer fire department is very committed to their community and helping others, and that’s what he did on a daily basis,” said past Nevada city secretary Marla Barth. “Let his family know the community cared about him and he was very well-liked and he will be missed.”

“We obviously lost an exceptional person and his children and we just want them to know we care about him and we love him and we’re going to miss him,” said former Lavon city councilwoman Mia Smith.

“He was a great family man, that was first, family was first always and his fire department family,” added firefighter Amy Cortez.

As for Quintero, he may now be facing charges, and rightly so, in the deaths of Hacking and his children. According to The Dallas Morning News’ Crime blog:

Quintero’s condition wasn’t known on Tuesday, but DPS spokesman Lonny Haschel said Tuesday that he could be charged with criminal negligent homicide by the time DPS completes its investigation of the crash.

Quintero, a Mexican citizen, entered the U.S. illegally near Laredo in August 2006. He was arrested on criminal charges and deported in 2008, according to U.S. Immigration and Customs Enforcement.

ICE has no record of encountering Quintero since he was deported. An immigration detainer will be placed on him if he enters law enforcement custody, ICE spokesman Carl Rusnok said.

Captain Hacking leaves behind a wife, who is an elementary school teacher. A fund has been set up to help the family to help with funeral costs and expenses for his children. So far the GoFundMe page has raised nearly $20,000 of a projected $1 million as of the writing of this article. Money can also be sent to any Independent Bank branch or mailed to the Lavon branch at P.O. Box 399, Lavon, Texas, 75166. Checks should be made payable to “Peter Hacking Benefit.”