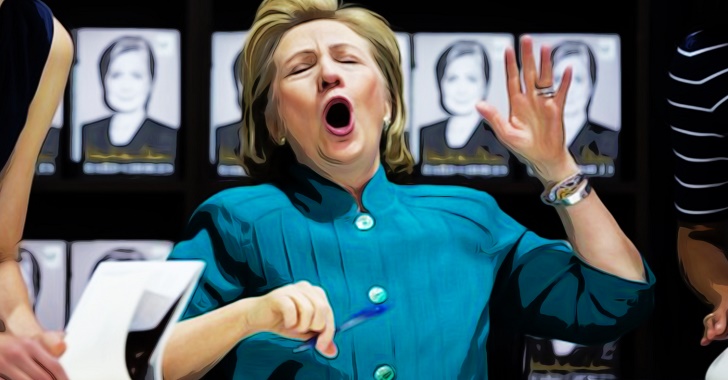 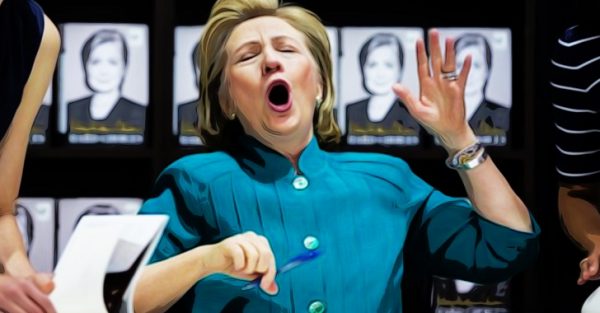 With Senator Bernie Sanders winning seven of the last eight delegate battles — the most recent was Tuesday night’s Wisconsin victory— there’s a feeling in the air that most progressives haven’t felt since the Iowa caucus. It speaks to a hard truth Hillary Clinton and her choleric campaign staffers will encounter when they wake up in the morning: Bernie really could still beat Clinton and become the Democratic nominee for president.

No way, some of you are saying. The television faces said the delegate math was too hard. The superdelegates make it impossible. Hillary wins the primaries, Bernie only wins caucuses; America won’t elect a socialist; the nation won’t rally behind free healthcare and college tuition.

Despite the supposedly ineluctable logic of Sanders’ unelectability, many pundits now believe there has been a seismic shift in the 2016 presidential race. It is becoming increasingly obvious that Americans are sick to death of the two corporatist political establishments and will do anything to send them a message. The evidence of this is that the two most popular candidates in the 2016 election are a Jewish democratic socialist and a reality TV star who referred to his penis during a nationally televised debate.

Then there’s the matter of the Panama Papers. In case you haven’t heard about them over the roar of mainstream media’s ‘round-the-clock anti-Trump coverage, it’s being referred to as the biggest data leak in history. For the last year, 400 journalists have been secretly decoding 11.5 million documents leaked from Panamanian law firm Mossack Fonseca. The 2.6 terabytes of data show billions of dollars worth of transactions dating back 40 years.

Acquired from an anonymous source by the German newspaper Süddeutsche Zeitung and then shared with the International Consortium of Investigative Journalists, the documents present a jaw-dropping paper trail of how the upper echelon of the 1 percent has used shell companies and offshore tax havens to avoid paying billions of dollars in taxes. In less than a week of exposure, the Panama Papers have already implicated 140 world leaders from 50 different countries. Top executives and celebrities who appear in the leaked emails, PDFs, and other documents may also be indicted in money laundering, tax evasion, and sanctions-busting activities.

Though the source of the leak opted not to do a Wikileaks-style data dump and is instead allowing media outlets to curate the information, international tax reform could be imminent.

The revelations are relevant to the 2016 presidential election because they once again illustrate the stark contrast in judgement between Bernie Sanders and Hillary Clinton. The transgressions documented in the Panama Papers were directly facilitated by the Panama-United States Trade Promotion Agreement, which Congress ratified in 2012. In 2011, Sanders took to the floor of the senate to strongly denounce the trade deal:

“Panama is a world leader when it comes to allowing wealthy Americans and large corporations to evade US taxes by stashing their cash in offshore tax havens. The Panama free trade agreement will make this bad situation much worse. Each and every year, the wealthiest people in this country and the largest corporations evade about $100 billion in taxes through abusive and illegal offshore tax havens in Panama and in other countries.”

Clinton, on the other hand, completely ignored the tax haven issue, and instead, regurgitated the same job-creation platitude she used to peddle NAFTA, which has decimated American manufacturing jobs and led to an economic refugee crisis in Mexico.

Beyond just exposing her unwillingness to understand how modern free trade agreements benefit the rich and punish impoverished countries, Clinton may have a more nefarious connection to the Panama Papers.

In lobbying for the Panama-United States Trade Promotion Agreement, Clinton paved the way for major banks and corporations, most notably the Deutsche Bank, to skirt national laws and regulations. After she resigned as Secretary of State, the Deutsche Bank paid her $485,000 for a speech. While criminality can’t yet be definitively established, this may change when the “Süddeutsche Zeitung” publishes its comprehensive list at the end of the month. In addition to the aforementioned connection, Clinton’s name has already surfaced in connection to a billionaire and a Russian-controlled bank named in the files.

The fallout from the Panama Papers is being felt around the world. On Tuesday, Iceland’s Prime Minister resigned after it was revealed his family had used a shell company to hold millions of dollars worth of bonds in a collapsed bank. After an interview in which Prime Minister Sigmundur Davíð Gunnlaugsson had a meltdown when asked about the company’s assets, over 20,000 citizens of Iceland protested.

How does this lead to Bernie Sanders defeating Hillary Clinton? The Sanders campaign has been run on the premise that Clinton is inextricably linked to political corruption, disastrous military interventions, and collusion with Wall Street. If it can be shown that Clinton was involved in criminal improprieties exposed by the Panama Papers, this will constitute yet another major line of attack for Sanders headed into the April 14th debate in New York. If Sanders wins the New York primary a few days later and scoops up a proportion of its 247 delegates, the narrative of the election will dramatically shift.

When added to the myriad other Clinton scandals and political vulnerabilities, the Democratic party’s gatekeeper superdelegates could decide that Clinton is too big of a liability going into the general election. It all comes down to New York, though — Sanders must win New York. If he does, you will see historic chaos unleashed upon the American electorate. And if the Panama Papers leak sets off an unstoppable domino effect, the DNC may soon find its fractured party looking just as ghoulish as the clown’s autopsy being conducted on the Republican Party.