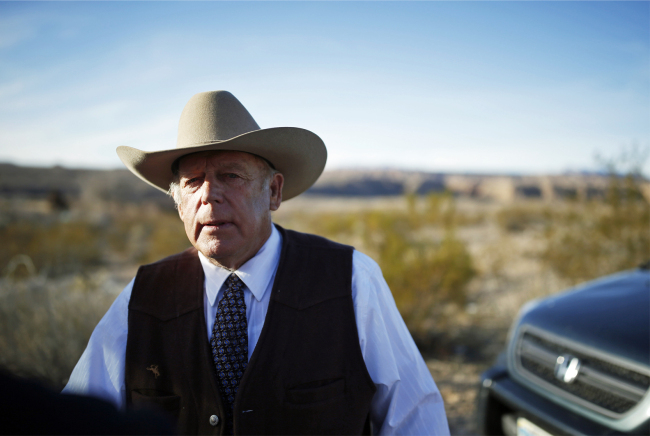 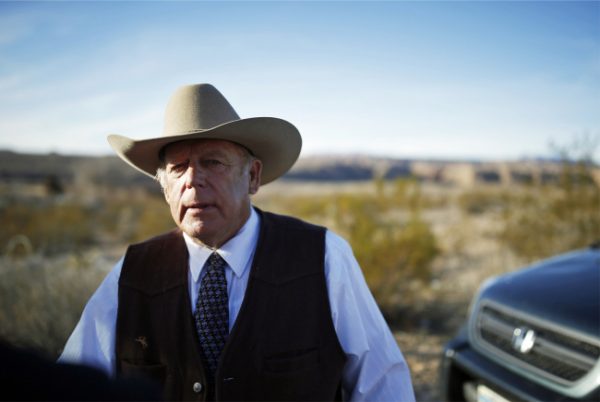 In seeking the release of Cliven Bundy on Tuesday, Attorney Joel Hansen referred to Bundy as a “political prisoner” and said the government does not want to release him for fear it would lose if the case is ever heard before a jury.

“No person shall be held to answer for a capital, or otherwise infamous crime, unless on a presentment or indictment of a grand jury, except in cases arising in the land or naval forces, or in the militia, when in actual service in time of war or public danger; nor shall any person be subject for the same offense to be twice put in jeopardy of life or limb; nor shall be compelled in any criminal case to be a witness against himself, nor be deprived of life, liberty, or property, without due process of law; nor shall private property be taken for public use, without just compensation.”

There were no bombs used, guns fired or credible threats made by Cliven Bundy. Did he say he would stand on his principles? Yes, absolutely, but the man is being kept in solitary confinement in prison without bail, like many of the men who were involved at the Bundy Ranch siege two years ago. For two years these men were free. Did they engage in anything that was a crime? Were they a threat to the community? Nope. Yet, the majority of them cannot get bail, something that is offered to various people who engage in all sorts of criminal behavior.

In filing paperwork on Tuesday, Hansen referred to Bundy as a “political prisoner.” Though the judge that decided to keep him in jail back in February after his arrest in Oregon declared that he was both “lawless and violent,” no evidence has been presented to substantiate those claims.

“The government seems to be afraid that it might lose in a jury trial, so it wants to keep him in prison, in solitary confinement, as long as it can because he, like Nelson Mandela, is a political prisoner,” Hansen wrote. “There is nothing in the U.S. Constitution allowing the federal government to hold political prisoners without a trial. Nothing.”

I don’t know if that is a good thing to write. After all, Mandela engaged in actual terrorism. He was not a freedom fighter. He was a totalitarian.

However, here is the more pressing issue that Hansen brings up in his filing.

“Does Mr. Bundy have the right to raise a constitutional question about the legality of the high-handed tactics of the BLM?” Hansen asked. “Of course he does — and particularly by making statements about the actions of the BLM and by the exercise of people’s First Amendment right to peacefully assemble and the people’s Second Amendment right to keep and bear arms.”‘

Hansen likened the armed Bunkerville standoff with law enforcement on April 12, 2014, to the Revolutionary War battles at Bunker Hill, Concord and Lexington between American patriots and the British.

He also argued that no one from Bundy’s side ever fired a weapon or assaulted a federal officer and that the only acts of violence in Bunkerville were committed by federal agents.

“The government has seemingly put together a strong case against Mr. Bundy, but when it is seen for what it really is, it is a collection of unsupported allegations, inconceivable innuendos, bald assertions and unproven allegations,” Hansen wrote.

This is important to note. The only shots that actually occurred came from the Oregon State Police and the FBI in the cold-blooded murder of LaVoy Finicum. Not one protester fired their weapons. Even at Bundy Ranch, it was only federal agents that tasered law-abiding citizens, killed cattle and infringed on their right to peacefully protest and address their government for grievances.

However, the claims of the government being scared to actually go to court against Cliven Bundy have their roots in a April 2014 Bureau of Land Management claim that they are worried that Bundy may just have prescriptive rights and that his defense may just use that should his case see the inside of a courtroom.

In addition to Bundy, Jerry DeLemus, an American veteran who headed Donald Trump’s campaign, was also ordered to continue to be detained after entering a plea of not guilty for charges he also faces that stem from the Bundy Ranch siege.