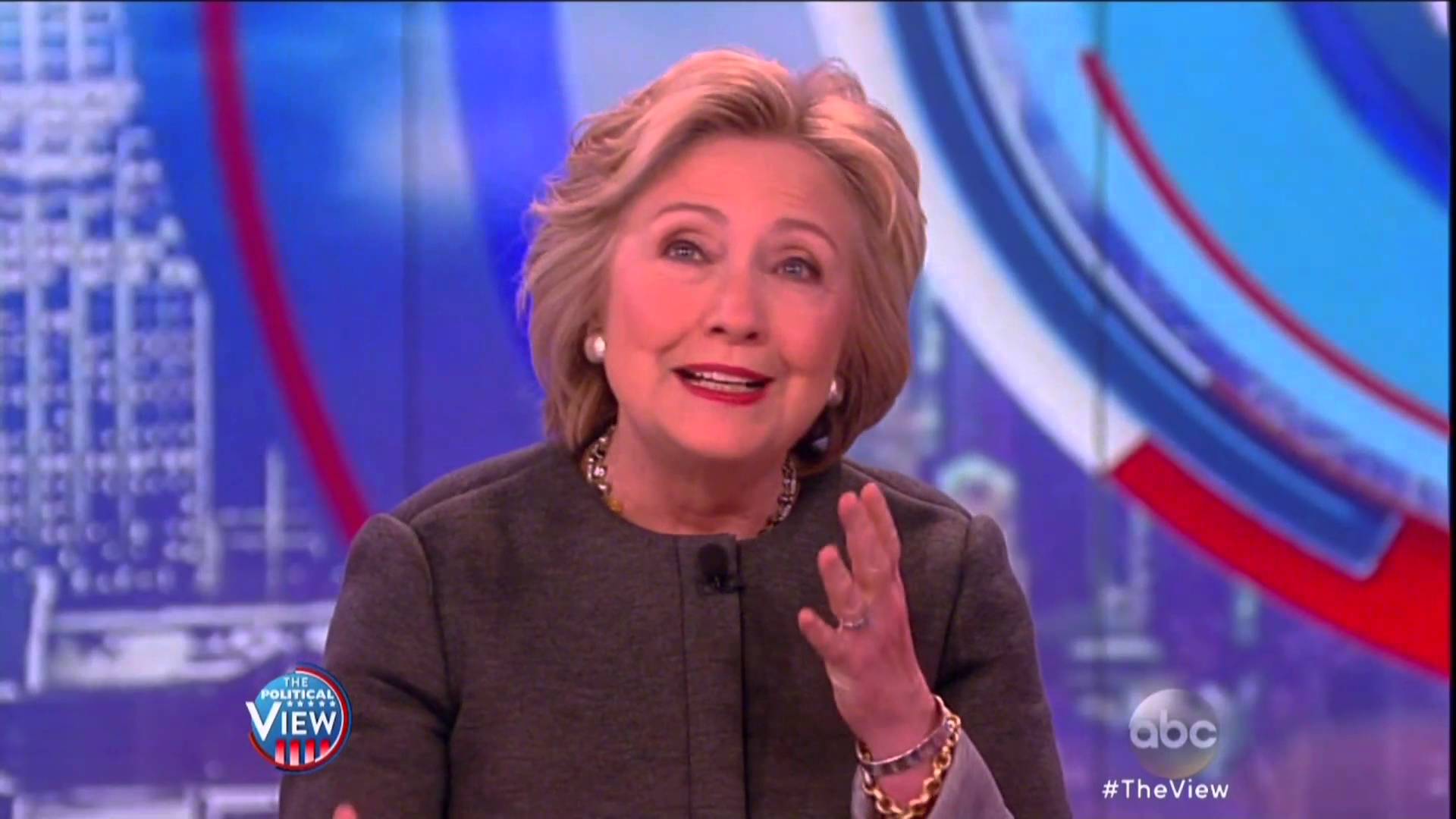 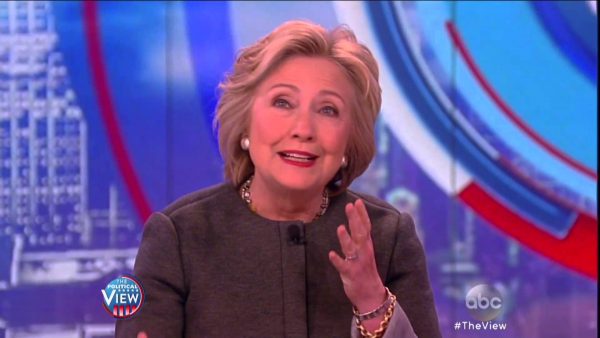 Former Secretary of State Hillary Clinton just can seem to understand why people question her honesty and believe her to be a liar, just like her husband Bill. Yet, she is constantly engaging in lies. A recent appearance on The View, a show that I honestly wonder how many people actually watch, which demonstrated that she doesn’t really understand reality on planet Earth, is where she made her confession.

So, when she was asked why she though people believed her to be dishonest and untrustworthy, Clinton appealed to running campaigns, even her campaign against Barack Hussein Obama Soetoro Soebarkah, and following her loss to the usurper-in-chief, she said he trusted her enough to make her Secretary of State.

Still she can’t figure out why people don’t trust her.

Perhaps it started a long time ago when she was fired following the Watergate investigation for “lying” and being an unethical, dishonest lawyer,” according to Jerry Zeifman, who supervised her work at the time.

Maybe people don’t trust her after they found out the truth about her husband’s adultery in the Oval Office with a White House intern. Remember, that all came after Bill denied it and she claimed that a “vast right wing conspiracy” was out to get them. The truth was, she and Bill lied.

Then we have Benghazi, and that lie continues to this day with Clinton still claiming that she never blamed Benghazi on a video. History paints a different picture for us.

And in her latest round of lying, Clinton has been engaged in outright criminal activity concerning her personal email server, which was left open to hacking of classified information and the FBI knows it.

Rusty Weiss points out that this came up during the interview with The View women. He writes:

Clinton then turned around in the same breath and said “everybody noticed” her private email when she was working for the Obama administration in the State Department.

Everyone noticed it you see, with the exception of this Obama Chief of Staff, former Obama adviser David Axelrod, current Secretary of State John Kerry, and the President himself.

Today during an interview with ABC’s “The View,” Hillary Clinton stated that people within the Obama administration, knew that she operated solely on a private email server.

This claim however directly contradicts what top Obama officials have said in recent months.

During a “Meet The Press” interview in June 2015, former Obama Chief of Staff Bill Daley admitted he had no idea that Clinton used a private email server

Days later, former Senior Advisor to President Obama, David Axelrod confessed that he too had no knowledge of Clinton’s use of a private email server.

Making matters worse for Clinton’s claim is that during a “60 Minutes” interview in October 2015, President Obama himself admitted he had no knowledge of Clinton’s use of a private email server.

Even as recently as February 2016 Secretary of State John Kerry told the House Foreign Affairs Committee that he was unaware of Clinton’s private email.

It would seem that this is just the latest example of Clinton not being honest.

We already know Barack Obama is a liar, so, to claim that he trusted Clinton enough to be Secretary of State really should tell everyone what that really means about them both. That old saying, “Birds of a feather flock together” is really true when it comes to criminals and liars.