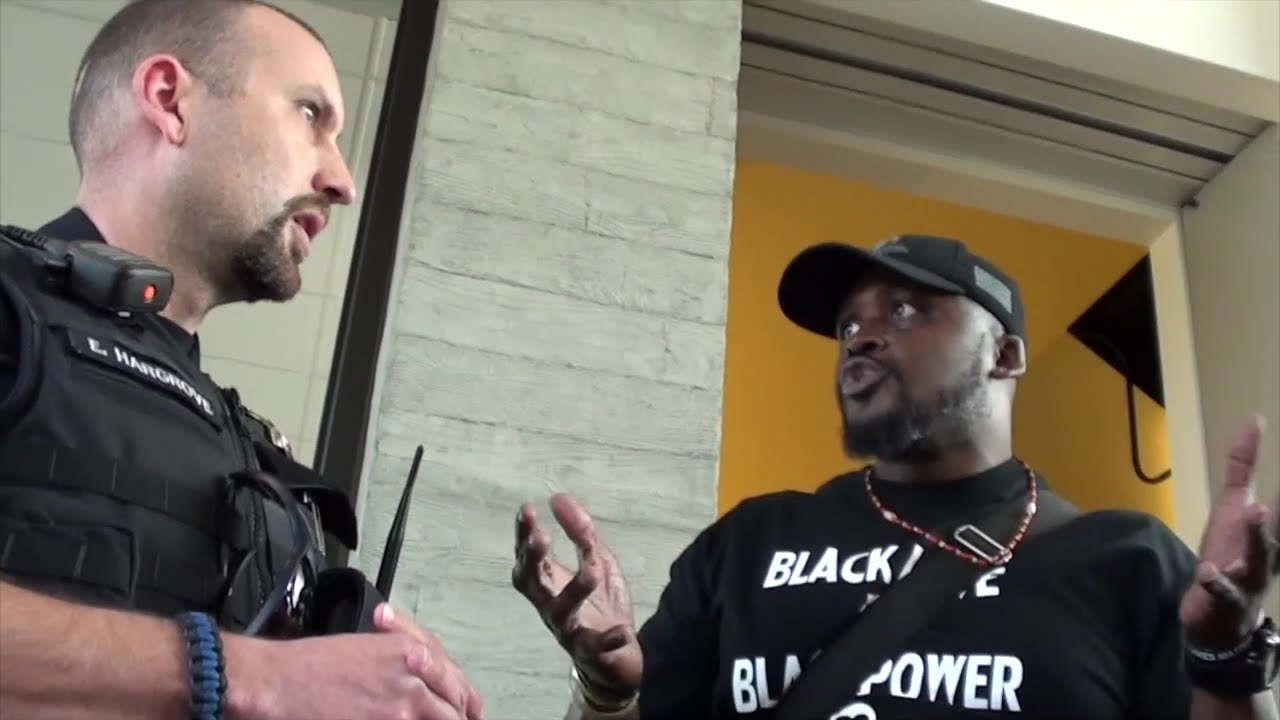 A white woman was kicked out of a Black Panthers “self defense” training workshop at Portland Community College after she dared to challenge the statement, “Donald Trump is racist”.

The incident occurred during an event entitled ‘Black Love’ that was scheduled to coincide with the university’s ‘Whiteness History Month’.

A misspelled sign taped to the window of one of the classes for the event suggested that white people wouldn’t be welcome;

“Please respect that this workshop is for black and African identified folks exploring their Blackness in a healthy and community based manor (sic).”

A white woman was ejected from the event after she asked a speaker to clarify the claim that “Donald Trump is racist”.

“A woman began to question me with the intent of having me thrown out of the meeting and someone came in after, she must have texted someone, they came in later, asked me to step outside and said I was upsetting people in there and I was creating a bad vibe,” she added. “If white people did this, all three local news stations would be down here recording it”.

During the incident, social justice warriors involved in the event also tried to have the cameraman who shot the video above ejected from the building.

A man wearing a ‘Black Love – Black Power’ shirt tries to convince a campus police officer to force the cameraman to leave because he was bringing “negative energy”. The officer points out that he has a right to film at a public event in a public building.

Another leftist then repeatedly tells the cameraman, “you’re hurting people,” simply because he is filming proceedings.

Because social justice warriors and ‘Black Lives Matter’ extremists are incapable of having their incredibly weak arguments challenged, they are always forced to rely on mob intimidation and authoritarian coercion to silence dissent.

They’re also completely dishonest in labeling civil disagreement as “violence” in an attempt to demonize anyone who has the temerity to challenge their narrative.

Universities are supposed to be crucibles of open debate and people’s ideas being vigorously challenged, but under the new regressive leftist dogma of “safe spaces,” “trigger warnings” and “microaggressions,” alternative viewpoints will not be tolerated.

As we previously highlighted, a professor who gave a talk for the university’s ‘Whiteness History Month’ called for “whiteness” to be “abolished,” while another speaker asserted that talking about black crime statistics was a form of racism.