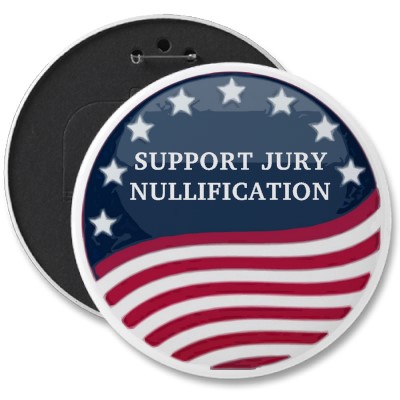 When government demands allegiance to the idea that its actions are always just, it’s refreshing to see some lawmakers remind us that we can, in fact, deem government to be wrong.

The New Hampshire House passed a bill that would make it the first state in the nation to require courts to inform juries of their right to vote not guilty when the verdict would produce an unjust result. This right, which all juries possess, but may not be aware of, is called jury nullification. The bill is now awaiting approval in the Senate.

Even if government has proved that someone is guilty under its law, a jury can let the person go free if it disagrees with the law and the punishment. This is one of the few ways in which citizens have power within the system to counter the irrational tendencies of centralized bureaucracy.

New Hampshire currently allows the defense “to inform the jury of its right to judge the facts and the application of the law in relation to the facts in controversy.” However, the House bill would have judges explain this right to juries which, according to the Tenth Amendment Center, makes it “more likely that a juror will consider this option.”

Judges would be required to make the following statement:

“Even if you find the state has proved all of the elements of the offense charged beyond a reasonable doubt, you may still find that based upon the facts of this case, a guilty verdict will yield an unjust result, and you may find the defendant not guilty.”

One of the most significant cases of jury nullification happened in New Hampshire in 2012, when the jury acquitted Doug Darrell of felony drug charges. Darrell was cultivating cannabis plants in his backyard for medicinal and religious purposes and, although guilty under the law, the jury refused to convict Darrell.

“Juror Cathleen Converse, self-described as a “straitlaced little old lady,” explained her reasoning in an interview with Free Talk Live.

“Mr. Darrell is a peaceful man,” she said. “He grows for his own personal religious and medicinal use. I knew that my community would be poorer rather than better off had he been convicted.”

Jury nullification is especially popular in cases regarding cannabis use. In November we reported that Colorado juries keep letting people go for driving under the influence of cannabis, because it is not a necessary indication of impairment. The state’s legal blood-THC limit is arbitrary and not based on scientific evidence.

In Montana, prosecutors have a hard time finding anyone who is willing to convict someone of cannabis charges.

If the New Hampshire bill makes it through the Senate and past the governor, it will be an historic moment in the American justice system. The current legal system is hostile to the idea of jury nullification, with judges threatening “secret juries” and police defying injunctions by removing activists.

However, in past times, jury nullification was viewed as a primary and necessary function of juries. As the Cato Institute points out:

“You can’t find references to “jury nullification” around the time of the American Revolution. That’s because it was considered to be part and parcel of what a jury trial was all about. If jurors thought the government was treating someone unjustly, they could acquit and restore that person’s liberty. Jury trials were celebrated–and explicit provisions were put into the Constitution so that the government could not take them away.”

Perhaps New Hampshire can remind the nation that we are not bound by the dictates of government, and we still have the power to protect our fellow citizens from state-sanctioned injustice.