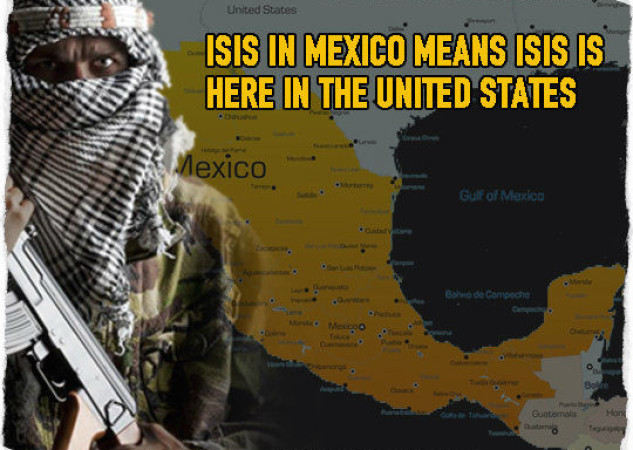 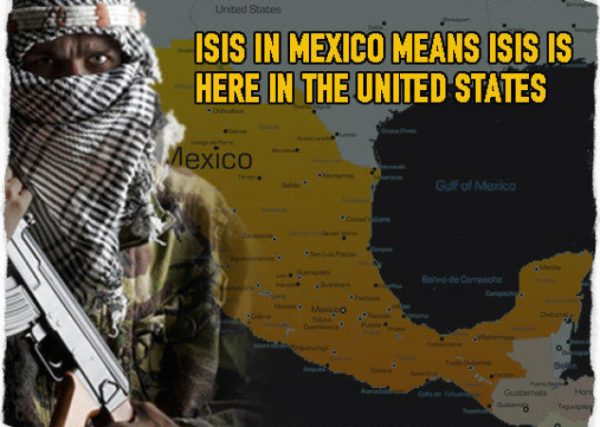 Judicial Watch recently uncovered the reality that ISIS is in Mexico, just eight miles south of El Paso, Texas and Columbus, New Mexico– and they have help from the Mexican drug cartels.

While the exact location is unknown, the area is referred to as “Anapra,” west of Ciudad Juárez, Chihuahua, Mexico. Anapra is controlled by the drug cartel, Vicente Carrillo Fuentes Cartel (“Juárez Cartel”) and its “enforcement arm,” La Línea, and the Barrio Azteca gang, which ironically originated from El Paso jails.

And Ciudad Juárez is not the only location. West of it is another ISIS camp located in Puerto Palomas. The first group is training to target El Paso; the second, to target Columbus and Deming, New Mexico. Judicial Watch reports:

During the course of a joint operation last week, Mexican Army and federal law enforcement officials discovered documents in Arabic and Urdu, as well as “plans” of Fort Bliss – the sprawling military installation that houses the US Army’s 1st Armored Division. Muslim prayer rugs were recovered with the documents during the operation.

According to these same sources, ‘coyotes’ engaged in human smuggling – and working for Juárez Cartel – help move ISIS terrorists through the desert and across the border between Santa Teresa and Sunland Park, New Mexico. To the east of El Paso and Ciudad Juárez, cartel-backed ‘coyotes’ are also smuggling ISIS terrorists through the porous border between Acala and Fort Hancock, Texas. These specific areas were targeted for exploitation by ISIS because of their understaffed municipal and county police forces, and the relative safe-havens the areas provide for the unchecked large-scale drug smuggling that was already ongoing.

Former CIA agent Bob Baer also confirmed that ISIS cells are already in the U.S., and some of members have already entered by crossing the Mexican border.

And, that’s just inside Mexico’s borders.

Crossing the border, is also a grave concern for U.S. national security. Syrian nationals have been caught illegally entering America via Mexico. Breitbart News cited two unnamed federal agents who said several Syrians were intercepted at the Juarez Lincoln Bridge in Laredo, Texas. While the U.S. Border Patrol has yet to confirm this report, National Border Patrol Council Local 2455 President Hector Garza did confirm that he was also receiving similar reports from multiple agents. He told Breitbart:

“Border Patrol agents who we represent have been contacting our organization to voice concerns about reports from other agents that Syrians crossed the U.S. border from Mexico in the Laredo Sector,” he said. “Our agents have heard about Syrians being apprehended in the area from other federal agents. At this time, I cannot confirm or deny that Syrians have crossed, for security reasons.”

And, The Daily Mail revealed that within the past 18 months a number of “refugees” have been charged with ISIS-related groups planning terrorism on American soil.