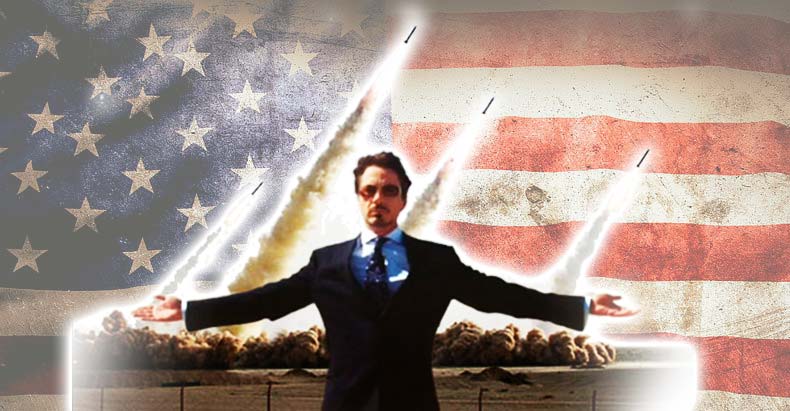 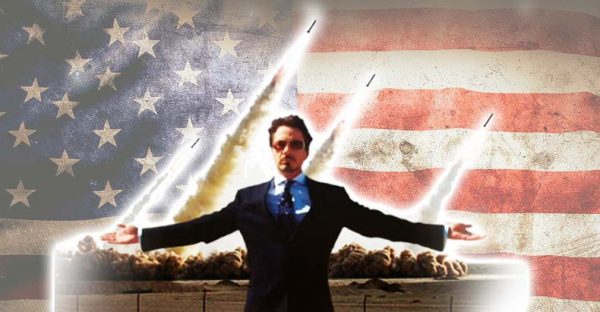 The United States is dropping bombs on people at such a furious rate, munitions manufacturers have been unable to keep up with demand.

“We’re expending munitions faster than we can replenish them,” Gen. Mark Welsh said, according to an article in USA Today.

With the U.S. military conducting bombing missions in Iraq, Afghanistan, and in U.S.-led Operation Inherent Resolve against the self-titled Islamic State in Syria and elsewhere, it’s no wonder weapons-makers are unable to keep up. Allies have also been making use of those munitions — Saudi Arabia employed U.S.-made bombs in Yemen when it hit and killed an ambulance driver in January.

“The U.S. maintains a pretty steady inventory of bombs and missiles for full-on war scenarios,” explained Roman Schweizer, aerospace and defense policy analyst at Guggenheim Securities to PRI. “But 2 ½ years of fighting ISIS and continued bombing in Afghanistan have exceeded weapons-use projections.”

The spike in demand for weapons of war since the attacks in Paris have sent stock prices and arms sales through the roof.

As PRI noted, the munitions include “laser- and GPS-guided bombs, Joint Direct Attack Munition bombs, Joint Standoff Weapons, and air-to-ground missiles, such as Hellfire,” which can cost between $25,000 and $400,000 — per unit.

“In the early days of the [Syria] campaign the Navy fired a bunch of Tomahawk cruise missiles,” Schweizer continued, “and those are in the $1 million cost range — but they’re really the higher end of what you might use if you have a contested airspace and you don’t want to put aircraft over targets.”

Speaking specifically for the fight against ISIL, Schweizer explained, “Pilots are able to get close because you are not fighting a very sophisticated — albeit a brutal — enemy, and you’re able to use shorter range- but more precision-guided munitions.”

Precision is gravely important in reducing civilian casualties, though judging by the myriad of reports, the U.S. and its allies seem to be having difficulties not killing innocent people. One startling report from October last year revealed 90 percent of those killed in drone strikes are innocent civilians.

“If we were in a state of war we’d be running three 8-hour shifts, 24 hours a day” to meet supply demands associated with war, Schweitzer said, noting Lockheed-Martin and Boeing are “ramping up” production.

Sadly, politicians use the increased demand in weapons of mass destruction as a reason to celebrate.

According to a recent report from Reuters, American cities are rejoicing over the new windfall, job creation and the economic benefits associated with increased bomb production.

The impact is palpable in Troy, Alabama, where Lockheed Martin Corp builds its 100-pound Hellfire air-to-ground missiles at a 3,863-acre highly secured facility surrounded by woods and horse pastures. Realtors are adding staff in anticipation of new hiring at the plant, and the large grocery chain Publix is opening a store soon.

“What’s good for Lockheed is good for Troy,” said Kathleen Sauer, president of the Pike County Chamber of Commerce, adding that the expansion was helping a local economy where unemployment rates are already among the lowest in the state.

“Look at our downtown,” she said. “Almost all the stores are open and we have more coming in.”

It is also important to note that the money used to finance these weapons manufacturers is taken from the public via taxation, or deferred to our children’s children through Federal Reserve debt. As the threat of World War III looms across the planet, the American taxpayers are being fleeced to build the weapons with which this world war will be carried out.