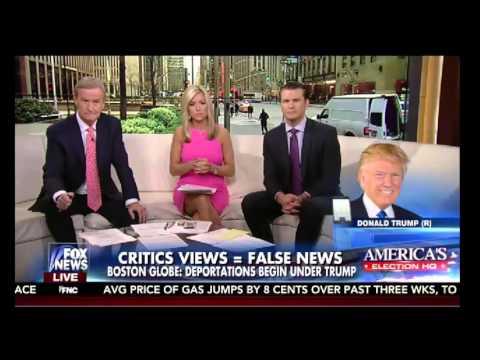 (INTELLIHUB) — Monday, Donald trump told Fox & Friends that the people of Colorado are going “absolutely crazy” after finding out the whole election system is “rigged.”

Trump said the vote was “given by politicians,” not the people or delegates, in what he explained as a “crooked deal.”

Trump said, “in Colorado” there was no system and that “there was no voting,” questioning the systems integrity.

One of the Fox & Friends hosts laughingly agreed with Trump and jokingly stated, “It’s rigged.”

Trump also pointed out how he is more organized than Ted Cruz and holds millions more votes than Cruz in totality, along with the most state wins and largest number of Delegates, which further demonstrated the Establishment’s scheme on live TV.

‘The people of Colorado are complaining that they were not allowed to vote,’ Trump told Fox & Friends.

Additionally, CNN commentators, or should I say CIA shills, were pushing the fact that ‘the rules are the rules’ and were even touting the fact that a rigged system is a good thing, Monday, on-air.