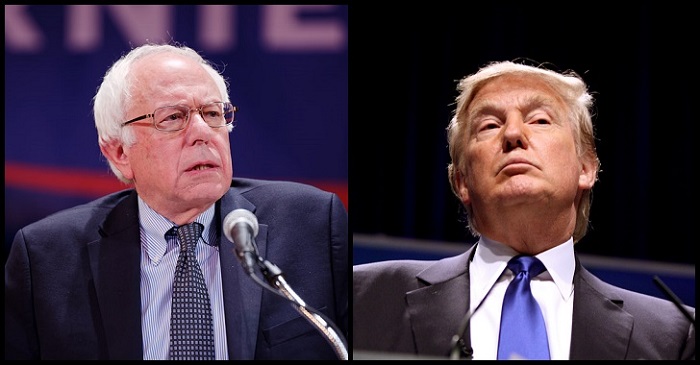 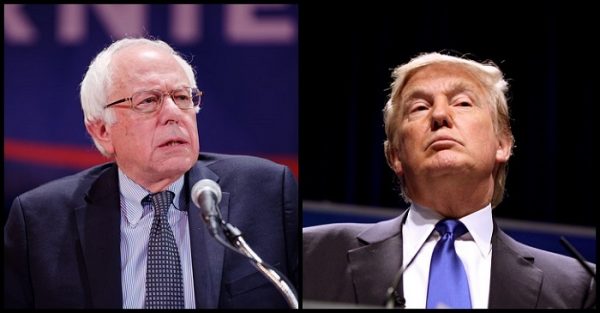 “Now it’s just an oligarchy, with unlimited political bribery being the essence of getting the nominations for president or to elect the president. And the same thing applies to governors, and U.S. senators and congress members.” – Former President Jimmy Carter

Denver, CO — The 2016 election has been a wild ride, with two insurgent grassroots campaigns literally giving the political establishment a run for its money. But as the events of this presidential primary season play out, it’s becoming clear the U.S. election — and even more so, the presidential race — is a big scam being perpetrated on the American people.

Events from the last week have exposed the system as an illusion of choice and a farce. They have reinforced at least one study showing the U.S. is an oligarchy rather than a democratic republic.

The Wyoming democratic caucus took place on Saturday, purportedly to allow voters to have their voices heard in the race between Bernie Sanders and Hillary Clinton. Sanders lost the Wyoming caucus by winning it with a 12 percent margin.

How does one lose by winning 56 percent of the votes? This happens when the political process is, according to the New York Post, “rigged” by superdelegates. The Post summed up this “strange” phenomenon:

“[U]nder the Democratic Party’s oddball delegate system, Sanders’ winning streak — he has won seven out of the past eight contests — counts for little.

“In fact, despite his win, he splits Wyoming’s 14 pledged delegates 7 to 7 under the caucus calculus.

“Clinton, meanwhile, also gets the state’s four superdelegates — who had already pledged their allegiance to her in January. So despite ‘losing,’ she triumphs 11-7 in the delegate tally.”

Even media pundits on MSNBC openly called the process rigged:

The superdelegate process is complicated, as we’ve noted before, but they have one essential function: to prevent candidates like Bernie Sanders from winning the Democratic nomination.

Adding insult to injury, even when Sanders does win states (despite Hillary’s advantage in superdelegates), the media can be reliably counted on to discount Sanders’s wins as nothing more than prolonging the electoral process, which will inevitably elect the presumptive nominee, Hillary Clinton. This pervasive commentary continues despite the fact Sanders only trails her by several hundred pledged delegates.

Meanwhile, according to the same media, the non-establishment Trump campaign is threatened every time Ted Cruz beats him — even though Trump leads by a larger percentage of pledged delegates than Clinton does. When Clinton loses, it doesn’t matter because she already has the nomination locked up. When Trump loses, his campaign is in big trouble. Starting to see the problem with the media coverage?

This brings us to the events that transpired during the Republican nomination process in Colorado on Saturday. The Republican Party of Colorado didn’t even bother letting people vote before using arcane rules to strip the democratic process of its democracy. According to the Denver Post:

“Colorado GOP leaders canceled the party’s presidential straw poll in August to avoid binding its delegates to a candidate who may not survive until the Republican National Convention in July.

Unsurprisingly, Trump’s non-establishment campaign walked away with zero delegates. They were all “awarded” to Ted Cruz.

“How is it possible that the people of the great State of Colorado never got to vote in the Republican Primary? Great anger — totally unfair!” Trump said on Twitter. “The people of Colorado had their vote taken away from them by the phony politicians. Biggest story in politics. This will not be allowed!”

In an interview on Monday, Trump was even more frank. “The system is rigged, it’s crooked,” he said.

The Colorado GOP didn’t even bother hiding its intentions, tweeting — then quickly removing — what was possibly the most honest insight into the back-door dealing so far this election season:

The Republican party chooses the nominee, not the voting public. Still in disbelief? Watch a Republican National Committee member explain it better than I can:

What we are witnessing — for the first time on a large scale — is the political establishment’s true role in selecting the president of the United States. The illusion of choice has become apparent. The establishment anoints their two picks for president, and the country proceeds to argue vehemently over the two candidates they are spoon-fed. This dynamic is reminiscent of a prophetic 1998 quote from philosopher Noam Chomsky:

“The smart way to keep people passive and obedient is to strictly limit the spectrum of acceptable opinion, but allow very lively debate within that spectrum.”

Ahh, the illusion of choice. Sure, in reality there are third party candidates who should be given a fair shake, but in our mainstream media-augmented reality, third parties do not exist. They aren’t mentioned. They aren’t even included in presidential debates. This is another way the media stifles healthy debate, stamps out dissenting opinions, and preserves the status-quo.

“We The People” don’t choose our presidents; they are hand-picked by a powerful group of political party insiders — parties that have long since sold out to the highest bidders. What we have on our hands in America is a rigged oligarchy, and that’s not a conspiracy theory — it’s fact. Now, however, millions of Americans are becoming aware of it thanks to the populist campaigns of Bernie Sanders and Donald Trump. America’s elections are controlled by a big club, but unfortunately, “you ain’t in it!”

The True Story And Meaning Of The Hanukkah Holiday
November 28th, 2021 The Lid

Build Back Better Act will give you $12,000 for purchasing an electric car — but not if it’s a Tesla
November 28th, 2021 Liberty Unyielding