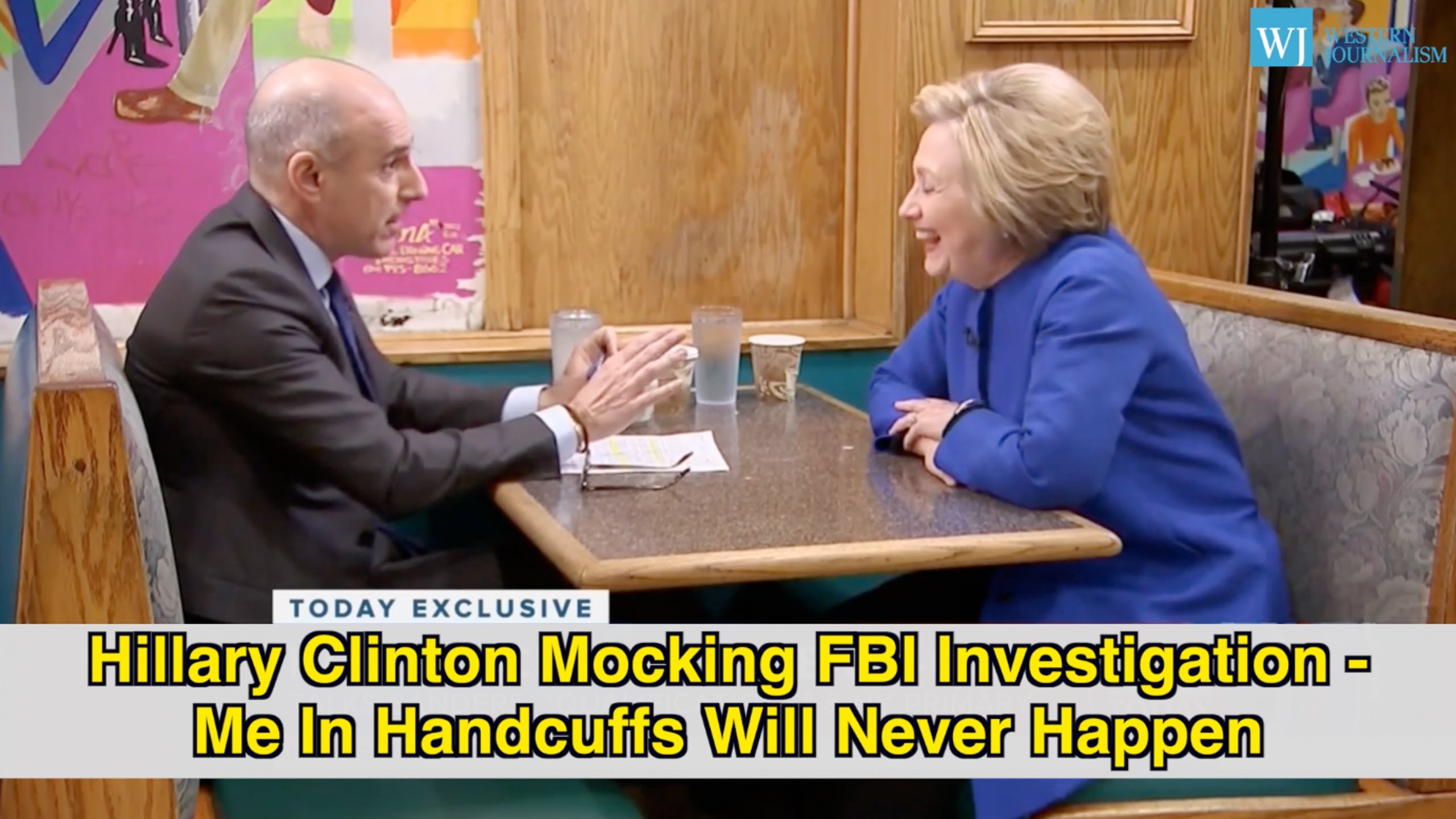 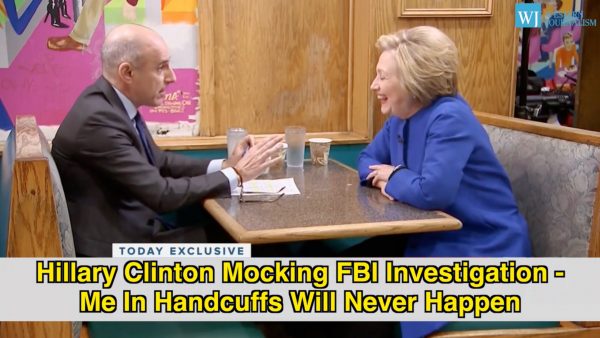 Hillary Clinton recently demonstrated just how arrogant and corrupt she really is by mocking the ongoing FBI investigation into her criminal activities regarding her illegal personal email server. On top of that, she may be exposing just how corrupt the Federal Bureau of Investigation and the Department of Justice is as well.

Appearing on the Today show, Hillary was asked by Matt Lauer, “They are clinging to the hope that the way they will be able to deal with that, is that at some point between now and the election… that they will get to see Hillary Clinton in handcuffs… that there will be some kind of political perp walk based on your private email server.”

Laughing like she did about getting child rapists off the hook, Hillary literally cackled at the thought. “Oh my goodness!” she bellowed.

She then went on to downplay the investigation into her crimes.

“It’s a security review and there are lots of those that are conducted in our government all the time,” said Clinton. “And you don’t hear about most of them. You’ll only hear about this one because, you know, it does, uh, involve me. So, that’s why it gets so much attention.”

Well, of course! You were a former Secretary of State who could not follow federal law and makes sure your emails were secure! Now you have your hand out asking the American people for the White House! Of course, it’s going to get attention.

weighed in on Mrs. Clinton’s mockery of the seriousness of the crimes that she has committed.

“Not a good thing to do,” said Napolitano.

Unless, of course, you know that the corrupt people in DC are going to have your back, right?

One could hope that the FBI and the DOJ would prove me wrong and do what is right under the law. I’m not holding my breath on this one considering the lawless one that heads up the DOJ.