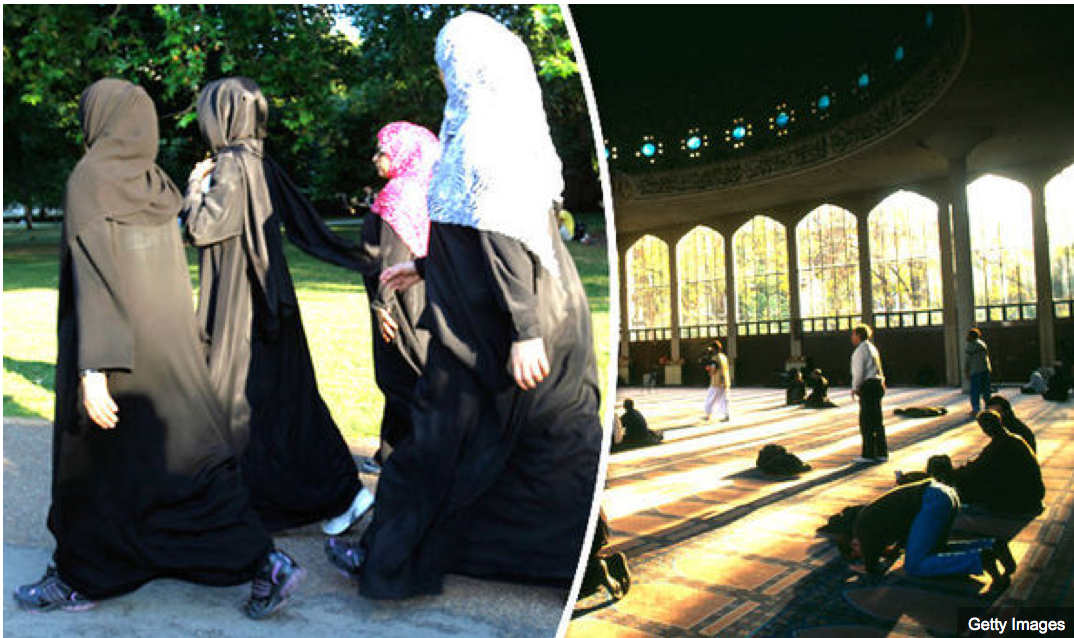 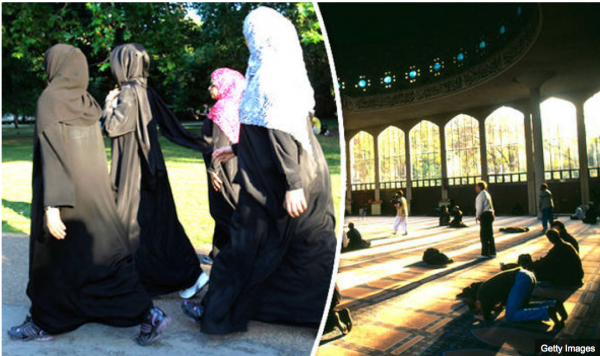 To quote Pope Benedict (before the Vatican conspiracy led to his ouster) quoting the 14th century Byzantine emperor,  Manuel II Palaiologos, “Show me just what Muhammad brought that was new and there you will find things only evil and inhuman, such as his command to spread by the sword the faith he preached.”

There is a “nation within a nation” emerging in Britain, made up of Muslims who have no intention of living by UK social standards. What will be done in the wake of the shocking revelations of this investigation? Nothing. The Brits know this is happening and have for some time. They have surrendered.

“Shock report: ‘Only s**gs don’t cover their head’ Muslim boys bring Sharia into schools,” By Zoie O’Brien, The Express, Apr 12, 2016 (thanks to Christian):

A TEACHER called “a s**g” by a young Muslim boy for not covering her head routinely saw young girls attacked for showing their hair in school, a film about a shock report will reveal.

Findings in the feature about an investigation, which is to be fully released by Channel Four this week, have shown there is a “nation within a nation” emerging in Britain, made up of Muslims who have no intention of living by UK social standards.

The report, What British Muslims Really Think, has been described as the most detailed and comprehensive survey of the group ever carried out.

Ahead of the full release, which is set to shock the nation, former chairman of Equality and Human Rights Commission Trevor Phillips described the findings as “astonishing”.

He said: “On certain key issues Britain is nurturing communities with a complete set of alternative values.

“None is more alarming than attitudes towards women.”

During his own research he spoke to Muslims about how they are integrating with their neighbours in the country.

On of the women he contacted was a respected Asian headteacher named Toshiba Hussain, who told him it was the behaviour of the young boys which was the most concerning.

She said: “The boys used to act as thought police.

“You know, they would go around and actually hit girls on their heads of their heads weren’t covered.

“I even had one boy, on nine-year-old boy say to me ‘Why haven’t you covered your head? It is only slags who don’t cover their head’.”