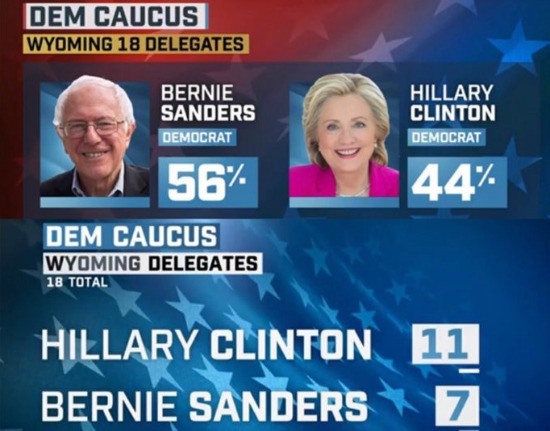 This really is the year when the American people had it rubbed in their faces that their entire presidential election process is a complete scam. A fraud. A dog and pony show. Pointless to the nth degree.

Now pundits are blatantly pointing out this fact left and right all over the place. It is impossible at this point for them to pretend to ignore it.

The most recent developments include the Colorado GOP canceling their primary and just handing their delegates off to Cruz, while Bernie Sanders actually won in Wyoming, but still left with less delegates than Hillary Clinton.

This fact caused Joe Scarborough to go off on the Dems on air with:

“Why does the Democratic Party even have voting booths? This system is so RIGGED!”

Yes. It is. As it has been for some time now.

Exactly how many times and in how many different ways do voters on both sides of the aisle have to be told their votes don’t matter for them to actually realize it?

People are realizing it though. That’s why the media had to blackout a mass protest at the capitol where hundreds of people were arrested for peacefully protesting for fair elections… without a permit.