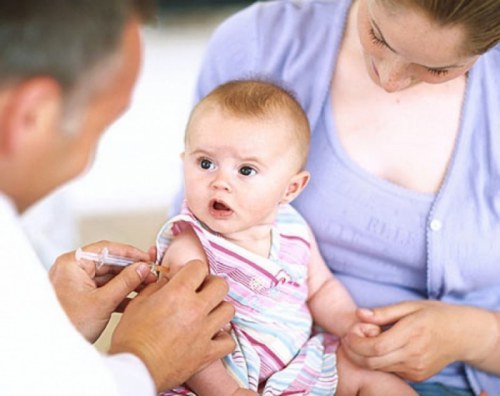 Autism is a neurodevelopmental disorder characterized by impaired social interaction, verbal and non-verbal communication, and restricted and repetitive behavior. It occurs four to five times more often in boys than girls. Parents usually notice signs in the first two years of their child’s life.

The number of people diagnosed with autism has been increasing dramatically since the 1980s. In the United States, about 1.5% of children (1 in 68) are diagnosed with autism as of 2014, a 30% increase from 2012. Globally, autism is estimated to affect 21.7 million people as of 2013. The question of whether actual rates have increased is unresolved, partly due to changes in diagnostic practice and government-subsidized financial incentives for named diagnoses.

There have been persistent rumors that vaccines cause autism — a hypothesis that is rejected by both government and science, with believers dismissed as tin-foil hat-wearing “conspiracy theorists,” as if there are no true conspiracies.

Now, those “conspiracy theorists” are vindicated by an admission by none other than the manufacturer of the DTaP vaccine, Sanofi Pasteur Inc., that an “adverse reaction” of the vaccine is autism.

DTaP (also confusingly called Tdap) is a “tripedia” or combination of three vaccines: Dipheria, Tetanus Toxoids, and an accellular form of Pertussis vaccine.

The definition of “accellular” is “not made up of or divided into cells.”

Beginning on page 6 of the FDA document is the section, “Adverse Reactions” to DTaP, which the document sometimes refers to as “Tripedia vaccine”. On page 11, under the sub-section “Additional Adverse Reactions” is this last paragraph:

Adverse events reported during post-approval use of Tripedia vaccine include idiopathic thrombocytopenic purpura, SIDS, anaphylactic reaction, cellulitis, autism, convulsion/grand mal convulsion, encephalopathy, hypotonia, neuropathy, somnolence and apnea. Events were included in this list because of the seriousness or frequency of reporting. Because these events are reported voluntarily from a population of uncertain size, it is not always possible to reliably estimate their frequencies or to establish a causal relationship to components of Tripedia vaccine.²

“Post-approval” means after the DTaP vaccine had been approved by the FDA.

Here’s a screen shot I took of page 11, with the critical paragraph bracketed in yellow, and the word “autism” highlighted (click image to enlarge):

At the end of the FDA document on page 13, we are told that the DTaP or Tripedia vaccine is manufactured by Sanofi Pasteur Inc., Swiftwater, PA 18370, and the Research Foundation for Microbial Diseases of Osaka University, Japan.

Writing for Activist Post, Catherine J. Frompovich asks what is in the DTaP vaccine that can interfere with brain chemistry and neurology to cause autism?

Catherine J. Frompovich (website) is a retired natural nutritionist with advanced degrees in Nutrition and Holistic Health Sciences, Certification in Orthomolecular Theory and Practice plus Paralegal Studies. A consumer healthcare researcher for 35 years, Frompovich is published in national and airline magazines since the early 1980s, and has authored numerous books on health issues, the latest one being Vaccination Voodoo, What YOU Don’t Know About Vaccines.

The Mueller and Miller medium is a mixture of sugar, salt, amino acids, vitamins, and minerals, including:

The Stainer-Scholte medium has the following ingredients:

Furthermore, the DTaP vaccine is formulated without preservatives, but also contains trace amounts of:

Frompovich suggests that the “probable cause” ingredients in the TDaP vaccine which lead to especially neurological “adverse reactions” are:

Alarmingly, Frompovich notes that “most of the mandated vaccines for infants and children, contain many of the above ingredients.”

That the DTaP vaccine causes autism is bad enough. A clinical psychologist named Kathy J. Forti maintains that it is the DTaP vaccine, not the Zika virus raging in South America (especially Brazil) and increasingly afflicting the U.S., which causes microcephaly birth defects. (See “Zika virus epidemic: What you should know“)