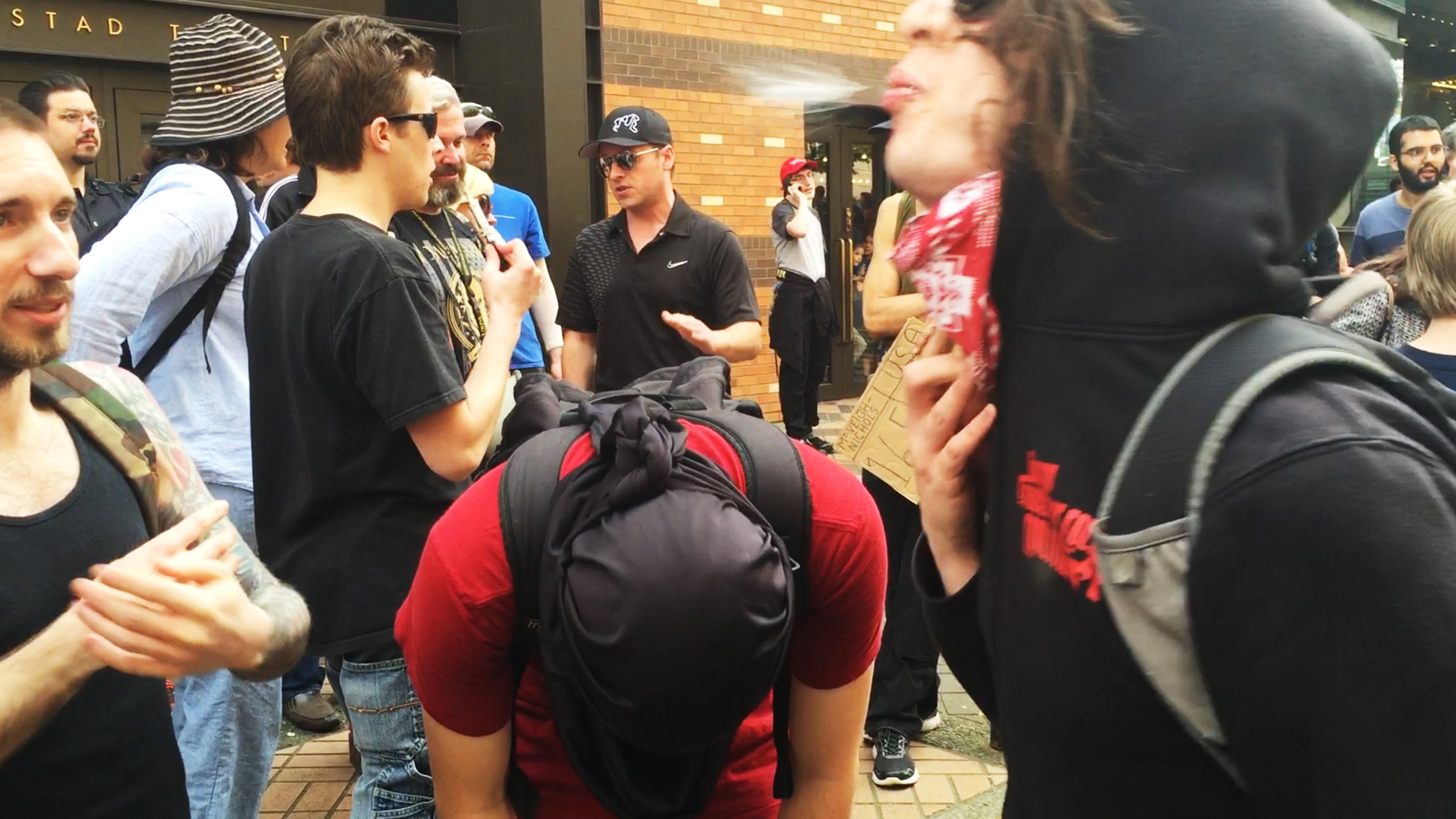 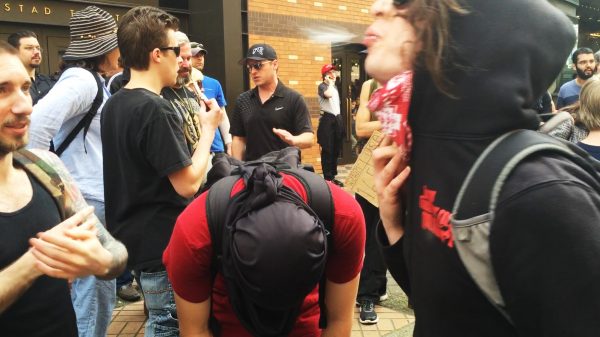 Video shot in Portland shows a transgender anti-Trump demonstrator spit in a Trump supporter’s face before asserting, “I’m a tranny, go ahead, punch a woman!”

The footage begins with a Trump supporter explaining how he marched against the Iraq war and how neo-nazis sabotaged the protest, confounding charges that Trump supporters are all “racist” right-wingers.

“We’re not them!” asserts the Trump supporter.

“Your candidate is literally just the guy that Stormfront endorses, whatever,” responds an anti-Trump demonstrator who has his face fully covered with a black hood.

“David Duke endorsed Donald Trump,” adds the transgender person, who is also wearing a scarf that covers half of his face.

“We just established we’re not with them,” responds another Trump supporter.

The anti-Trump agitators then continue to insist that Trump and his supporters are “racist,” but are unable to back up their claim with a quote when challenged.

“Obviously you haven’t done your research and you’re just going along with what everyone else is saying so go do some research, come back with some quotes, OK?” states the Trump supporter.

The transgender man then immediately removes his face scarf and launches a huge glob of spit in the Trump supporter’s face.

The Trump supporter tries to attract the attention of police to report the assault, before the anti-Trump agitator states, “I’m a tranny, now go ahead, punch a woman!”

Another female anti-Trump protester then seems more concerned about the pronouns the Trump supporter is using to describe the individual, remarking, “Don’t call her a him!”

Spitting in the face of people with whom they disagree seems to be a favorite tactic of the “tolerant” left. As we highlighted last week, a similar incident happened in Albany, NY when an African-American woman spat in the face of a female Trump supporter.

Another video shows a black woman and another face-covered leftist ripping a Trump sign as they try to cause a provocation.

A separate clip shows an anti-Trump agitator throwing an object at Trump supporters and then running away. He initially lies and claims he didn’t throw the object, but then admits that he was paid $5 dollars to do so.

We have now documented innumerable instances of anti-Trump demonstrators assaulting Trump supporters, demolishing the narrative that was pushed by the media in the aftermath of Chicago last month that Trump himself was responsible for inciting the mayhem.