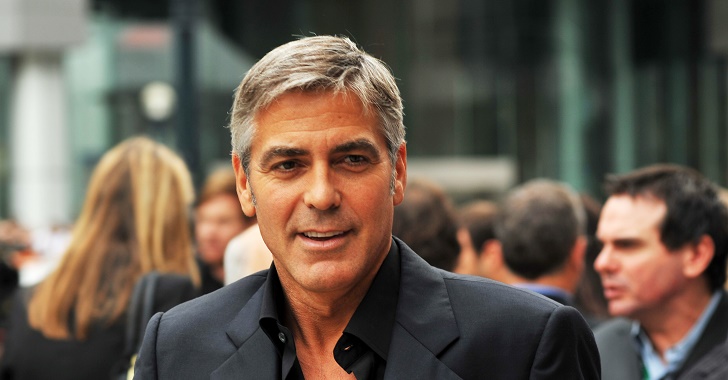 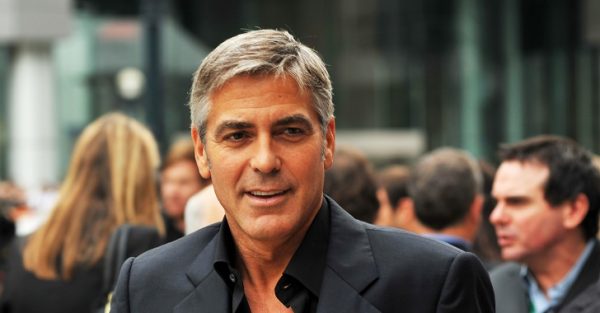 George Clooney held a $353,000-per-couple fundraiser for Hillary Clinton just one day before he called the amount of money in politics “obscene.” On Sunday, he discussed his two-day San Francisco event on MSNBC’s “Meet the Press,” where he defended the pricey dinner galas — even as he acknowledged the problem of out-of-control spending in elections.

Clooney went on to justify the fundraiser, estimated to have generated $15 million in two days, by arguing the money raised goes not only to Hillary Clinton, but the Democratic National Committee (DNC) — the institution currently under fire for subverting the electoral process to satisfy the party’s establishment machinery which, of course, includes the Clintons.

Asked point blank by host Chuck Todd if he felt the fundraiser pooled an “obscene” amount of money, as Bernie Sanders alleged, Clooney acknowledged it was over the top:

“Yes, I think it’s an obscene amount of money,” he said, adding that protesters showed up to the event to voice their disapproval.

“[W]e had some protesters last night when we pulled up in San Francisco. And they’re right to protest, they’re absolutely right — it is an obscene amount of money,” he added. The protesters were largely Bernie Sanders supporters, some of whom threw dollar bills at Clinton’s motorcade.

“The Sanders campaign when they talk about it is absolutely right, it’s ridiculous that we should have this kind of money in politics. I agree, completely,” he said.

The A-list actor acknowledged he likes Bernie Sanders and thinks he is fostering important conversations within the Democratic Party. He also vowed to throw a similar fundraiser should Sanders receive the nomination. Nevertheless, he reaffirmed Hillary Clinton as his first choice. Further, he justified the fundraiser by arguing, essentially, it was a necessary evil to place Democrats back in power.

“The overwhelming amount of the money that we’re raising, is not going to Hillary to run for president. … It’s going to the congressmen and senators to try to take back Congress,” he said, prefacing his statement with the suggestion the Clinton campaign has not made this clear enough.

He continued, “…we need to take the Senate back because we need to confirm the Supreme Court justice, because that fifth vote on the Supreme Court can overturn Citizens United and get this obscene, ridiculous amount of money out so I never have to do a fundraiser again. And that’s why I’m doing it.”

Indeed, much of the money raised for the Hillary Victory Fund — the beneficiary of the weekend’s fundraisers —goes to the DNC to invest in candidates, though Clooney did not explicitly mention the committee in the interview. A much smaller portion goes to state Democratic parties, leaving millions for Clinton and the national party establishment. Unsurprisingly, Todd did not press Clooney on the merits of raising millions of dollars for an organization that has admitted to suppressing the voices of Democratic voters in its tirade against Bernie Sanders.

As Debbie Wasserman Schultz, the increasingly loathed chair of the DNC, said of the Democratic Party’s political process in February:

“Unpledged delegates exist really to make sure that party leaders and elected officials don’t have to be in a position where they are running against grassroots activists.” Her statements — and the shenanigans at polling centers — enraged Sanders’s followers. Clinton’s corporate funding has also raised serious suspicions about her credibility.

When Todd pressed him, Clooney denied the possibility that — as Sanders suggested — wealthy donors will expect access to a ‘President Clinton’ for their contributions at the fundraisers. Rather, he abruptly shifted his focus to the Koch Brothers:

“No, I actually don’t think that’s true. I think there is a difference between the Koch Brothers and us. The difference is, if I succeed — if we — succeed in electing an entire Congress…and a president, you know, the tax policies that they would enact would probably cost us a lot more money, quite honestly. The Koch Brothers would profit if they [got] their way, and…there’s no profit for us in this.”

Though Clooney may not personally be making a profit (and he admits the policies he envisions would further indebt the nation), he neglected to note that under a Clinton presidency, defense contractors, private prisons, and other corporatist industries who back Clinton will expect to receive a boon to business for the investments they’ve made in her — even if they didn’t attend this particular Hollywood fundraiser. Further, considering the establishment DNC spearheads Clooney’s stated goal of winning a Democrat-dominated Congress, it’s likely those selected to run for office with the “obscene” cash he raised would favor the same interests as the corrupt party rulership.

In spite of these concerns, Hollywood’s behind-the-scenes moguls, some with interests in Washington D.C., have thrown their support and money behind Clinton; Jeffrey Katzenberg, founder of Dreamworks Animation and former top bundler for the Obama campaign, co-hosted Clooney’s fundraiser and enjoyed alone time with Clinton beforehand. Katzenberg and his staff  have enjoyed access to the White House throughout the Obama years, and he has long-promoted internet censorship legislation for the sake of stopping online piracy, along with other policies beneficial to the film industry.

Others, like Haim Saban, a proudly pro-Israel Hollywood billionaire, have supported Clinton for years. Saban currently runs Univision, which recently acquired the Onion and boasts of his contributions to Hillary, which total $6.4 million. Perhaps reflecting his purchased influence, Clinton wrote a letter to Saban last July vowing to oppose the BDS movement (boycotts, divest, sanctions), which seeks to disempower Israel’s occupation of Palestine.

As Hollywood’s behind-the scenes power players favor Clinton, so do celebrities. Many, like Beyoncé, Kerry Washington, Ellen Degeneres, and Katy Perry, are considered “empowered women,” and thus, apparently support the female presidential candidate. A majority of entertainers openly supporting nominees opt for Clinton. Clooney — and many other actors and musicians — proudly supported Barack Obama and continue to do so, even as his reign failed to live up to expectations, extended privacy violations, sanctioned and committed war crimes, and sought to bolster America’s oligarchy.

The star-studded event over the weekend undoubtedly raised millions for Hillary, but it is unclear whether the Hollywood establishment is unaware of her myriad crimes — or simply overlooking them for the chance at influence over the next president.

As Bernie Sanders said of the extravagant weekend galas:

“So it’s not a criticism of Clooney. It’s a criticism of a corrupt campaign finance system, where big money interests — and it’s not Clooney, it’s the people coming to this event — have undue influence on the political process.”