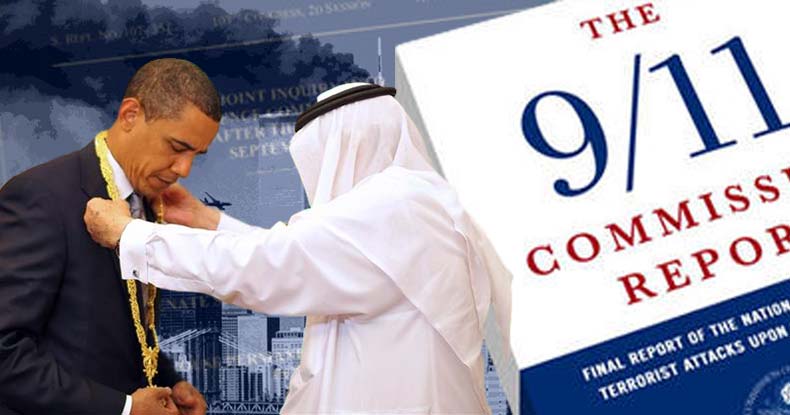 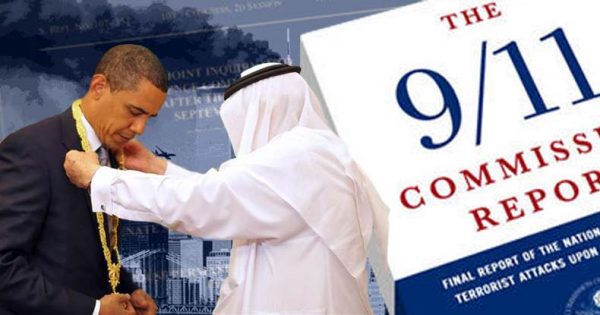 As the Free Thought Project reported, on Monday, the White House made clear President Obama’s intention to veto a bill making its way through the Senate, which would clear the way for families of victims of 9/11 to pursue lawsuits against Saudi Arabia in relation to the terrorist attacks.

After Saudi Arabia issued the terroristic threat of collapsing the world economy by selling of $750 billion in U.S. Treasury holdings if the US exposes their role in the 9/11 attacks, the world is left wondering just how damning that role was.

After the Saudis made the threat, the White House responded by curtseying to the terrorist regime and promised a veto of the bill.

“Given the long list of concerns I have expressed . . . it’s difficult to imagine a scenario in which the president would sign the bill as it’s currently drafted,” said White House Press Secretary Josh Earnest, according to The Hill newspaper.

“A country with a modern and large economy like Saudi Arabia would not benefit from a destabilized global financial market, and neither would the United States.”

But how legitimate is that Saudi threat? The mass dumping of Treasury holdings would be a hard move to make, especially in a manner intended on disrupting the global economy. While it is entirely possible that the Saudis will follow through with their financial terror, there is another possibility of why things are unfolding as they are.

As the Free Thought Project’s Jay Syrmopulous pointed out, this assessment by Obama seems to be a very nuanced answer, as the bill before Congress pertains only to revoking immunity of those suspected of connections to terrorist attacks on U.S. soil.

If other nations followed the lead of this bill, then the only Americans truly at risk would be those who have carried out attacks on foreign soil covertly (i.e., U.S. sponsored terrorism).

In the video below, News Anchor Ben Swann from WGCL Atlanta, explains why all of this is unfolding.

According to members of Congress in both parties, and the heads of the 9/11 commission, those 28-pages, if released to the public, will change EVERYTHING you think you know about the 9/11 attacks.