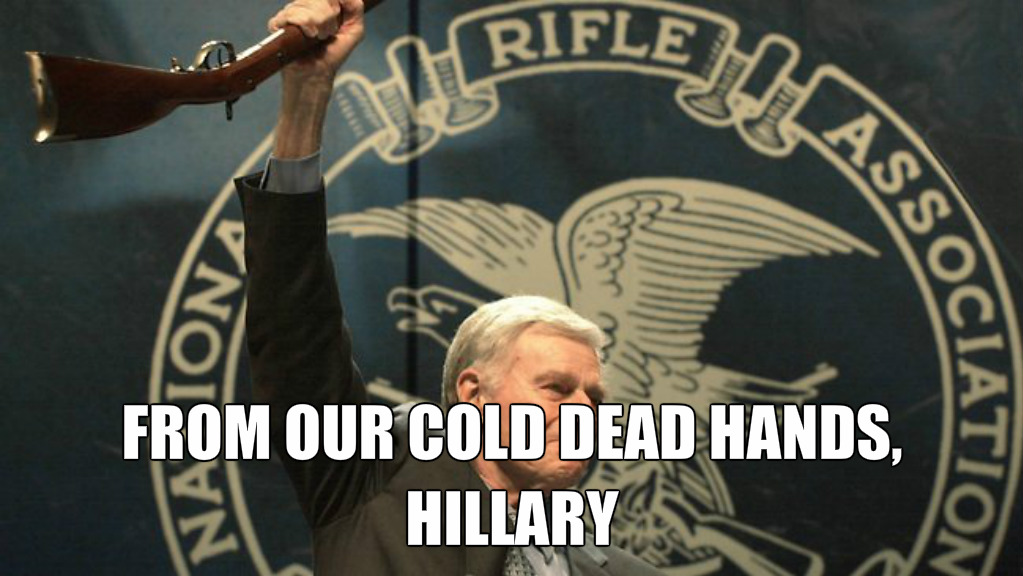 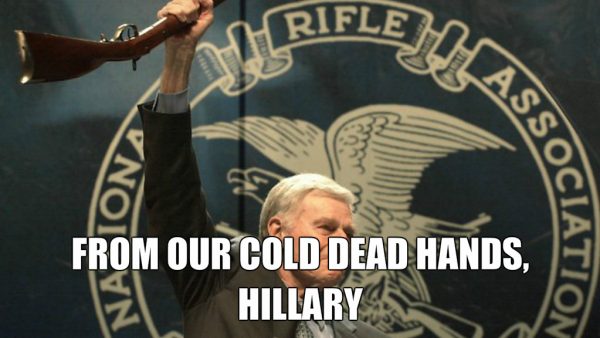 Hillary Clinton plans to use executive orders to chip away at the gun rights of American citizens.

During an event in Philadelphia, a Hillary-supporting gun control advocate rose to urge Clinton to take on “the sons and daughters” of former NRA icon and legendary actor Charlton Heston.

“We need you to be able to use your executive powers to legislate that you can’t carry guns in cars,” said the man, adding, “You can’t bring guns in buildings that are not insured to carry them.”

“We must have a greater voice. Thank you for coming and I will elect you,” concluded the man.

Hillary hasn’t shied away from expressing her support for gun control while on the campaign trail.

Earlier this month at a similar event, the former Secretary of State nodded along vigorously as a member of the panel described gun owners as terrorists.

“Citizens are the terrorists, right?” the woman states as Hillary nods multiple times. “We’re so worried about terrorism but we have terrorism on our own soil,” she continued.

The Clinton’s appetite for gun control runs in the family.