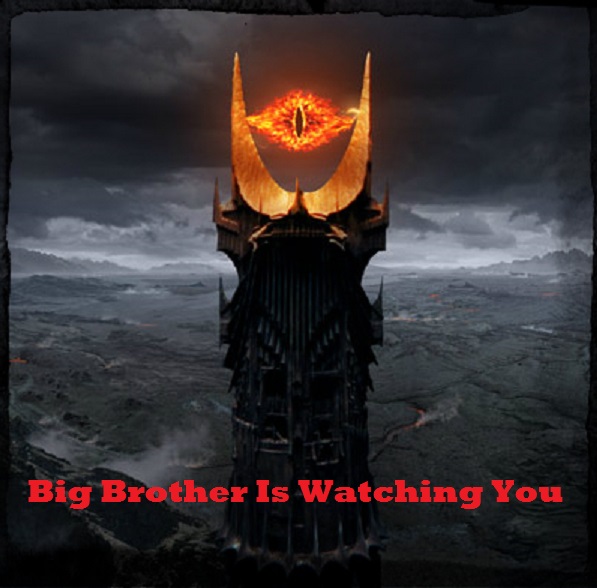 Mysterious boxes containing surveillance cameras are appearing across America, unknown to and without the approval or supervision of local law enforcement.

The most recent one, with tainted windows, appeared on a utility pole near 21st and Glendale avenues in Phoenix, Arizona (see below).

An SRP representative told ABC15 that no one had permission to put the box on their utility pole, and that there were indications that law enforcement “was connected” to the box. But SRP would not elaborate.

Clegg said the crew who installed the box came in a truck marked “Field Pros.” A Google search of that name does not return any utility or surveillance company, nor is the company registered in Arizona.

ABC15 reader Paula Frazier wrote in a comment that the mysterious box “was pointed toward a strip mall with an ammo shop” and that ATF wants “to know who’s buying guns and ammo.”

Frazier is right: There is an ammo shop, United Nations Ammo Company, in the strip mall at N. 21st and Glendale Ave. — the location of the mysterious box on the utility pole.

Last October, residents in the rural community of Limestone, NY, were also perplexed by cameras mounted on utility poles at the intersection of Route 219 and Bailey Drive.

Ed Reilly reports for ABC7 Buffalo, October 8, 2015, that Limestone officials said the cameras are not being used for traffic, and admitted that they don’t know themselves why the cameras were installed.

“They should have come to the board first and told us what they are doing because it is our community,” said Former mayor and current board member for the Town of Carrollton Ralph Bottone said inquiries had gone unanswered.

Limestone residents said the cameras were installed approximately a month ago and aimed at Rt.219 traffic heading north and south only a few miles from the Pennsylvania border.

Dave Hodges reports for NBC2, March 29, 2016, that a Lehigh Acres resident was suspicious about an electric box that was installed on a power pole outside his home. It didn’t look like anything else in the neighborhood, and it seemed to be pointing toward his house.

Armed with a lengthy pole with his cell phone attached to one end, he lifted his phone up to get a peek at what was inside the box. When he looked at the video, it was unmistakable: A camera was peering out from the other side of black, tinted glass.

The man called the Lee County Sheriff’s Office (LCSO) to complain, and not long after, a work crew with a bucket truck was on his street taking down the electric box with the camera inside. But they wouldn’t tell him what the box or camera were for.

There is at least another identical electric box installed in a different neighborhood in Lehigh Acres. Homeowners in the area were mostly unaware of the camera except for Mike Frisby, who said that “The shape and everything lead me to think it was a camera.”

NBC2 reached out to the Lee County Sheriff’s Office for an interview, but the request was declined. In an email, a spokesperson for the sheriff’s office wrote:

“We are not at liberty to discuss any special investigative techniques or tactics that we employ. It would be ludicrous to comment on our capabilities and inform the criminal element just how we operate. We follow state laws that govern search and seizure, as well as laws handed down by the Supreme Court of the United States.”

The Lehigh Acres electric boxes are similar to fake electric boxes installed in a Naples, Florida community that turned out to be surveillance cameras. Residents in that neighborhood also said they were told the boxes would help boost cell phone reception.

Slade Gurr, CEO of Covert Law Enforcement that sells surveillance technology, says it’s not uncommon for law enforcement to conceal these cameras from the public because “It really defeats the purpose to tell someone that there will be a surveillance system available.” He says these covert cameras have become increasingly helpful to law enforcement — “Officers today using technology are able to do things that in the past it might have taken four or five officers and several days to conduct the type of investigations that we’re able to do.” Gurr believes that most law enforcement agencies are not using covert cameras for general surveillance of the public but for specific investigations where “there’s typically a specific reason or specific type of investigation that is being conducted.”

Writing for the blog The Torn Republic, Dave Hodges claims — without providing either evidence or a source citation — that the mysterious boxes with surveillance cameras are installed by the Obama Administration’s ATF “as part of the Safe Cities Network” and in “acquiescence to United Nations authority”.

For what the Safe Cities Network is, please see my post of October 19, 2015, “Obama cedes U.S. sovereignty to international body via Strong Cities Network“.