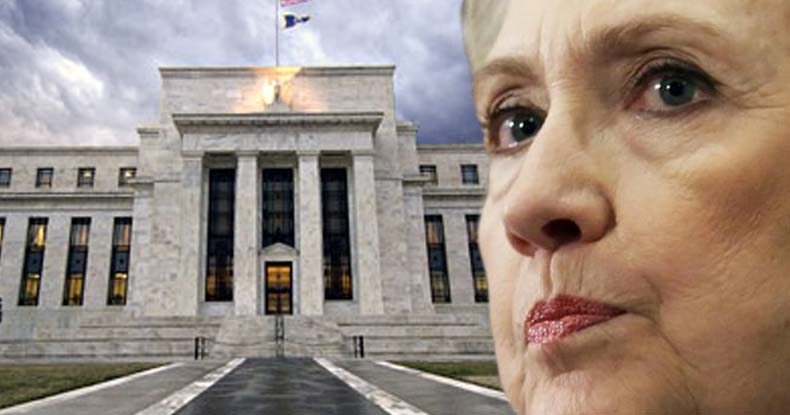 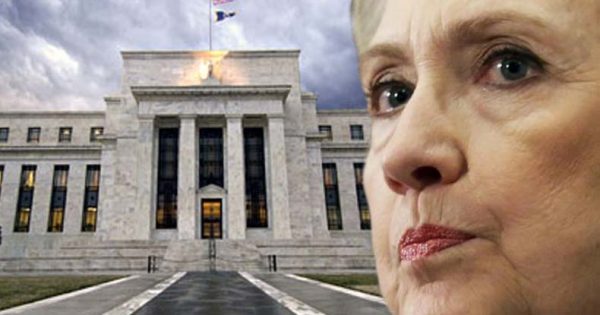 As her clearly delusional and overtly corrupt supporters cheer her on, Hillary Clinton manages to avoid prosecution, scrutiny and maintains a public persona, thanks largely to the mainstream media, that she is America’s saving grace.

But, thanks to the recently leaked Panama Papers, that public persona is getting peeled back layer by layer. Yesterday, the Free Thought Project reported on the recently leaked names from the papers that link the campaign financed-careers of Hillary and the former President Bill Clinton to those who use the offshore tax shelters. Not only do their financiers use unethical offshore tax-havens, but as we showed, many of them are outright criminals.

It seems that the only thing missing from Clinton’s rap sheet are outright admissions of murder and conspiracy. And, judging from her recent “success” in the widely rigged polls, it is not so far-fetched to think that she could actually admit to conspiracy and still be President.

According to federal records, Hillary not only runs multiple shadowy shell companies, and has virtually unlimited support from an international elite cabal, but she is also in the pocket of the Federal Reserve.

According to the records at the Federal Election Commission, Hillary Clinton has received multiple donations from a top Federal Reserve official. Since 2007, when she was at the Brookings Institution, Lael Brainard has been funneling money to Hillary. In 2014, after serving as a senior official at the Treasury Department, Brainard was placed on the Washington-based Federal Reserve’s board of governors and continued her support.

Since her stint at the Fed, Brainard has made three such donations to Clinton’s campaign, Hillary for America. While the donations remain relatively small, the idea of Federal Reserve officials donating money is entirely out of the ordinary.

As the Post reports, Federal Reserve board members are presidential appointees, but the central bank has fiercely defended its decisions as free from political influence. Republicans have criticized the Fed for keeping interest rates too low for too long and have supported several bills that attempt to rein in the central bank’s power. Meanwhile, Democrats are urging the Fed not to raise interest rates too quickly to support faster growth. Both parties have questioned the Fed’s relationship with the big banks that it is charged with regulating.

Under federal law, Fed governors — along with any employees of the executive branch — are barred from engaging in partisan activities, but they are allowed to vote and make campaign donations. In practice, central bank officials rarely make contributions while in office. Federal records do not show any other members of the Fed’s policy-setting committee having made a political donation so far this election cycle.

“Gov. Brainard’s donations are clearly legal,” said Sarah Binder, a senior fellow at the Brookings Institution who has analyzed the Fed’s relationship with Congress. “It’s a problem of perceptions: the contributions fuel GOP charges that the Fed board is too close to the Democratic White House. It’s just that much harder for the Fed to duck out of the political winds during an election year when a governor contributes to a presidential candidate.”

The donations were initially reported on by Bloomberg last month, and since then, the Fed has remained mum, with only a small statement coming from the Fed Chair, Jenet Yellen reassuring Americans that the Fed remains neutral. After all, whether it’s a red or a blue dollar matters not in the world of the international banking cartels.

Hillary Clinton’s shadowy history continues to make headlines, yet she continues to win primaries. If this is ‘Democracy’ what in the literal Hell is tyranny?