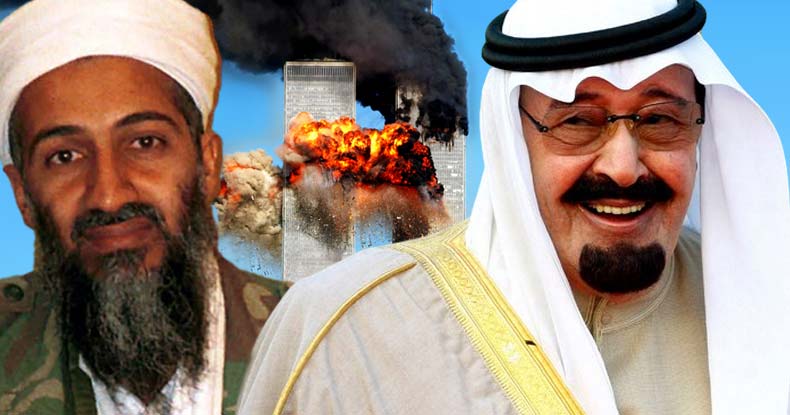 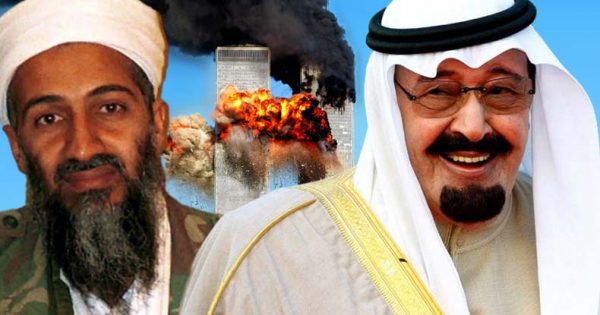 Pulitzer Prize-winning journalist Seymour Hersh — whose newest book, “The Killing of Osama Bin Laden,” seeks to set the record straight about the War on Terror — has several explosive claims differing from the official record, including that Saudi Arabia hid Bin Laden to prevent possible questioning by the United States.

In an exclusive interview with Alternet’s Ken Klippenstein, Hersh blew the lid off the narrative the American public has been spoon fed for over a decade.

“The Saudis bribed the Pakistanis not to tell us [that the Pakistani government had Bin Laden] because they didn’t want us interrogating Bin Laden (that’s my best guess), because he would’ve talked to us, probably,” Hersh explained of the description in his book about the Bin Laden compound receiving financial support from the Saudis. “My guess is, we don’t know anything really about 9/11.”

Asked to clarify whether the source of Saudi money was governmental or from individuals, Hersh added, “The money was from the government … what the Saudis were doing, so I’ve been told by reasonable people … is that they were also passing along tankers of oil for the Pakistanis to resell.”

Hersh also hinted to Klippenstein the U.S. effectively dropped the ball in its investigation of Bin Laden, perhaps for more nefarious reasons than simple incompetence.

“[Bin Laden] had wives and children in there,” he noted of the Navy Seal mission to target and kill the so-called mastermind of the attacks of September 11. “Did we ever get to them? No … We didn’t get to any of the wives, we didn’t do much interrogation, we let it go.”

Considering the potential repercussions of Saudi involvement in the events of 9/11 — whether peripheral or direct in its extent — coupled with a cozy relationship between the kingdom and the U.S. until recently, several questions come to mind.

Until that diplomatic relationship recently soured, had the U.S. been simply keeping up appearances all these years to take advantage of the Saudis geostrategic and economic position in the Middle East — even as the kingdom continues to commit garish human rights abuses?

Further, and far more imperative, has that silence also been necessary due to an unofficial or unintentional role the U.S. might have had in those events? As Jay Syrmopoulos recently reported for The Free Thought Project, Pres. Obama’s announcement he would veto a bill designed to allow families of 9/11 victims to seek justice for the Saudis’ role that day indicates more than can be gleaned from superficial reports.

In the bill’s removal of impunity for the Saudis, the U.S. government would similarly open itself to inquiry for its complicity in terrorism worldwide. As Syrmopoulos explained, “Essentially, the U.S. government fears that their own global terrorist misdeeds will then be unmasked if there is a reciprocation by other nations, an almost unthinkable scenario that would decimate U.S. standing across the globe.”

For example, as Hersh reveals in his new book, summarized by Klippenstein, “Obama authorized a ratline wherein CIA funneled arms from Libya into Syria and they ended up in jihadi hands. [According to Hersh, this operation was coordinated via the Benghazi consulate where U.S. ambassador (J.Christopher) Stevens was killed.]”

According to Hersh, Stevens wasn’t simply acting in an ambassadorial capacity in Benghazi, and, as he penned in the book, “on the day of the mission [Stevens] was meeting with the CIA base chief and the shipping company. He was certainly involved, aware and witting of everything that was going on.”

As for the Saudis, Hersh believes their support of radical groups continues to be pronounced. In the book, he describes the U.S. (hypocritically) advising the Saudis to halt their arming extremist rebels in Syria. But, of course, that never happened — and the U.S. never effected any repercussions, making the warning essentially hollow advice.

“[A]l Nusra, certainly a jihadist group … has new arms,” Hersh explained of the lack of punishment of the Saudis for going against the U.S. advisement on Syrian extremists. “They’ve got some tanks now — I think the Saudis are supplying stuff. They’ve got tanks now, have a lot of arms, and are staging some operations around Aleppo.”

Klippenstein’s interview with Hersh certainly peels layers of propaganda from the kernel of truth, though it’s unlikely the public will ever be gifted with a full and accurate account of the War on Terror and its roots.

Though many officials have viewed the 28 missing pages, their contents could comprise just about anything. But, with Hersh’s revelations and those of recent days, Saudi Arabia’s involvement in the attacks could be so extensive and shocking the kingdom is willing to collapse the global economy to keep its role secreted from the world.