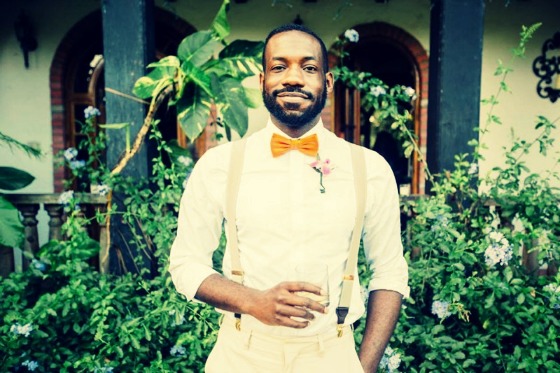 As assault victim Marques Gaines lay motionless in the street, the early morning activity of the Near North Side continued around him. Cabs searched for customers. Pedestrians strolled along the street corner. A group lingered on the sidewalk outside the nearby bar, where for most of the night Gaines had been drinking and dancing.

Traffic whizzed past. Finally, a few people stopped and seemed to stand over Gaines, 32, who was crumpled near the curb on North State Street. But no one tried to lift him from the pavement or block traffic. – Chicago Tribune, April 21, 2016

A man’s family is devastated and is searching for answers after viewing surveillance footage of their loved one’s tragic and unnecessary death.

On February 7, 2016, Marques Gaines walked out of a 7-Eleven in Chicago with a bag of chips and was immediately confronted by several men outside. What initially appeared to be an argument turned violent – seemingly out of nowhere. Gaines attempted to leave the confrontation, but a man punched him in the head, causing Gaines to collapse in the crosswalk.

Bystanders – nearly a dozen of them – walked by Gaines, who was unconscious…and not one did anything to help the man.

Cars drove around him.

No one tried to move Gaines or stop traffic.

Not only did no one – not a single person on that busy street corner – help Gaines…a few people rifled through the man’s pockets. His family said his cell phone and debit card were stolen.

Moments later, a taxi turned the corner and ran over Gaines.

Gaines died at an area hospital after the incident.

Surveillance video of the incident has been released and is posted below.

Gaines’ cousin Drexina Nelson told the Tribune that she and her mother, Phyllis, watched the video of Gaines for the first time Wednesday evening and were shaken.

It was gut-wrenching. We had heard over the course of these past few three months what happened, but to actually see it with our own eyes was devastating.

I’ve never heard of anything like this where people just walk by a person lying in the street and nobody help. I just don’t understand it.

Last Thursday morning at a news conference, Gaines’ family members and their attorneys spoke to reporters about details of a recently filed lawsuit, gathering outside the 7-Eleven where Gaines was fatally injured.

Attorney Chris Hurley said the 7-Eleven’s operator knew the area surrounding the store suffered from high street crime and should have had well-trained security that could have prevented the actions that led to Gaines’ death.

“The simple reason we’re here is that a corporation that keeps its stores open 24 hours a day and invites the public in … that knows that it’s targeted by criminals needs to provide decent, competent, basic security, and that wasn’t done here,” he said.

“There’s a clear photograph of the aggressor and a clear video of him attacking Marques Gaines. He hasn’t been arrested, and we don’t know why,” Hurley added.

Last month, attorneys representing the Nelsons filed a wrongful death lawsuit in Cook County Circuit Court against several entities, including Chicago Taxi and the driver who struck Gaines. But this week, a judge allowed the attorneys to amend the complaint to add 7-Eleven to the lawsuit as a defendant.

On Wednesday, Hurley said some of the blame falls on a security guard and a store employee who he said stood by and watched but did nothing to get Gaines to safety.

Marques never would have been laying in the street if he hadn’t been attacked by somebody who had just been in the 7-Eleven.

All they had to do was wave down cars and stand in front of him to keep him safe. Or maybe (make) some effort to help him off the pavement. But just to stand there and watch him get run over? Their customer? It’s not acceptable.

Gaines was raised in Georgia by his aunt, Phyllis Nelson, after his parents died, reports RT.

We as people, as humans, we should care for one another. Who leaves a person in the street for that long? That’s devastating to me – the fact that he could have been saved. He could still be here with us.

Experts say that the reactions of the people who witnessed this tragedy are not unusual. Social psychologists and researchers have studied this phenomenon for decades, labeling it the “bystander effect.”

A traumatic or odd event occurring in a public setting triggers an array of social and cultural cues and, combined with human nature, often leads to the lack of action by witnesses, experts said. The probability that someone will help in these situations is inversely related to the number of people surrounding an incident, according to social psychologists.

People are less likely to offer help when others are around because they assume someone else, perhaps more qualified, will assist, experts said. Psychologists refer to this as the “diffusion of responsibility.” Witnesses also worry that helping will make them look foolish, and they take cues from the others around them: inaction breeding inaction.

People often fail to act in crowds because they do not feel as guilty about not doing something when others also are inactive; the responsibility does not rest entirely on their shoulders, said Arthur Lurigio, a psychology professor atLoyola University Chicago.

That doesn’t explain why some of the witnesses went through the dying man’s pockets and stole items.

In a piece titled Marques Gaines: His Death Proves How ‘Inhumane’ Us Humans Can Be, writer Brainuser1 says, “Folks, we’ve got to do better. Much better.”

Reports are laying blame on the people of Chicago, because this particular incident occurred there. And yes, anyone in that vicinity at the time this crime occurred; anyone who witnessed this helpless man in the street and decided this was the time to mind their own business should feel like s*** now and for the rest of their days.

You saw this unfortunate circumstance and did absolutely NOTHING about it. And you could have.

But the fault doesn’t lie solely with the people of Chicago. We all have blood on our hands. We have become a society insensitive to the horrific. We now see it as entertainment; something to gawk at, gossip about and move on to the next ghastly thing.

To get involved is to risk. And we are increasingly risk-averse. We’re a litigious society now, a society run by bureaucrats, a culture where the bureaucrat has become the hero, and it’s all handed over to lawyers who, like the psychologists, serve as the priests of modern scientific rationalism.

Indeed, we do have to do better. Much, much better.

A GoFundMe account has been set up to assist the family with burial expenses.