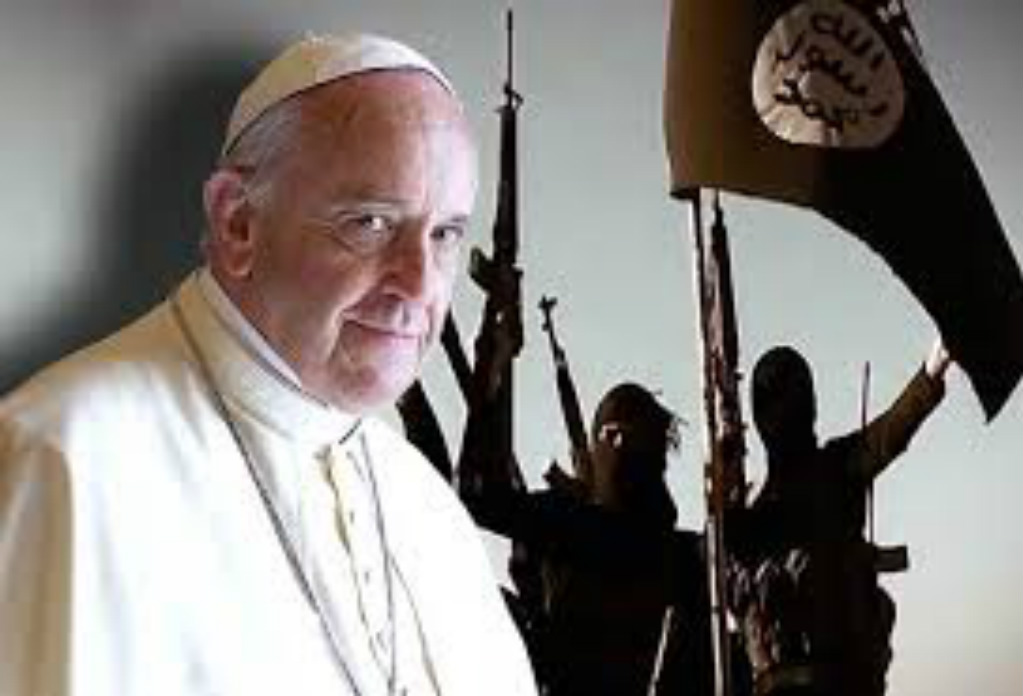 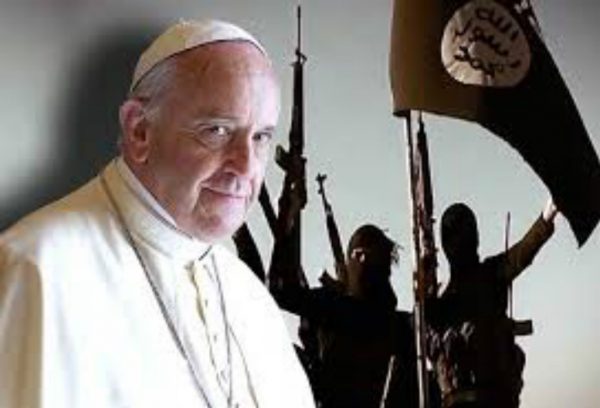 Christians are being annihilated — wiped from the face of the earth in Syria. Christians are becoming extinct everywhere in the Middle East except Israel. The Pope has abandoned his people.

The Pope imports the oppressors, not the victims — his own people.

Spokesman Massimiliano Signifredi called the incident ‘regrettable’ – adding: ‘The problem here is the three Syrians arrived after the March 20 deadline. They arrived just after the agreement between the European Union and Turkey. Mr Signifredi said: ‘Our staff went to Lesbos and spoke with the people who were selected. But everything was decided by the Vatican.

Christian brother and sister refugees from Syria say they have been ‘let down’ by Pope Francis after he left them behind in a Lesbos refugee camp despite promises they would be given a new life in Italy.

EDITOR’S NOTE: Pope Francis, in a ‘gesture of compassion’ decided to take 12 Muslim Syrian refugees back to the Vatican to live. But when it was discovered that 2 of the 12 Syrian refugees were actually Christians, and not Muslims, they were dropped like a hot potato and told they could not come even though the Vatican had promised to take them. As usual, Middle Eastern Christians get nothing while all the focus remains on the Muslims. That’s the agenda from your New World Order pope. Christians are ignored because they don’t commit jihad and they are not trying to take over Europe like the Muslims are. Muslims are promoted and given preferential treatment because the NWO wants to invade as many nations as possible. And you think the Pope is a Christian? Guess again.

Roula and Malek Abo say they were two of the lucky ‘chosen 12’ refugees selected by the Vatican to be taken from the desperate camp and housed in Rome. But what seemed like the chance of a lifetime was cruelly snatched away when they were told the following day they couldn’t go. Instead three Muslim families were taken.

Roula, 22, and her brother arrived on Lesbos on April 1 – ten days after the controversial EU deal to return all asylum seekers arriving to Greece from Turkey.

Their application for asylum is being process and they are waiting to learn if they will be sent back to Turkey. Stuck on Lesbos, Roula told MailOnline: ‘If they can do this for 12 people they can do it for more.

‘If you have promised to take people back to Italy will something like registration papers stand in your way?’

Neither Community Sant’Egidio, the charity which organised the trip, or the Vatican would explain the selection process over which migrants were picked.

Spokesman Massimiliano Signifredi called the incident ‘regrettable’ – adding: ‘The problem here is the three Syrians arrived after the March 20 deadline. They arrived just after the agreement between the European Union and Turkey.

Mr Signifredi said: ‘Our staff went to Lesbos and spoke with the people who were selected. But everything was decided by the Vatican.

‘The question why the Pope took only Muslims is difficult to understand and he was suffering, I think, because he wanted to do something also for Christians as the chief of the Catholic Church. But he couldn’t because there is this international agreement [with the EU].’
The Vatican declined to comment

Still reeling over her dream being so cruelly dashed, Roula had to watch the three fortunate families board a plane for a new life in Europe while she and her brother were left behind to face an uncertain future in Greece.

Pope Francis, the son of Italian immigrants to Argentina, said the decision to take a dozen to Italy was a gesture of goodwill to set an example to the world to extend the hand of friendship during Europe’s migrant crisis.

They are being housed in Rome by Sant’Egidio, which has brought 250 Syrians to Italy since March.

Roula, her brother, 28, and a third man, their friend Samir, also 28, from Damascus, say a day or so before the Pope arrived they were approached by three volunteers believed to be from Sant’Egidio.

She explained: ‘They said they would take us to Italy, to pack our bags and to meet them the next day.

‘It was so secretive – they didn’t announce it to anybody and we were told to keep it a secret. ‘It seemed so unofficial – we didn’t know who they were or if they would really take us,’ Roula added.

‘I thought they might be organ traffickers – we had no idea.’

Samir had no such doubts when he was approached, however.

‘I was so excited to go to Italy – it was such a relief,’ he said. ‘They offered me my future on a plate, and then 24 hours later they took it away. ‘They had even told me that after a few months I could be reunited with my family and they would arrange for them to come from Damascus and join me in Italy.’
But the next day they received the crushing news that their places were given to another family.

The Pope told reporters on the plane back from Lesbos that it had been the idea of one of his aides and that he had immediately agreed.

‘I felt the spirit was talking to us,’ he said, adding that ‘everything was done according to the rules’, with documents provided by Italy, the Vatican and Greece.

Asked why they were all Muslim, he said there was something wrong with the papers of a Christian family that had originally been on the list.