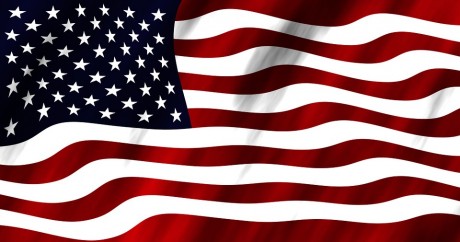 Are we witnessing the beginning of the end for the United States of America?  All great nations eventually fall, and the United States is not going to be any exception.  Many of those that write about the decline of our once great country tend to focus on external threats, and there are certainly many that could be talked about.  But perhaps even more ominous is the internal societal meltdown that we see happening all around us.  According to Real Clear Politics, recent surveys show that 67 percent of Americans believe that the country is on the wrong track, and only 26 percent of Americans believe that it is headed in the right direction.  So even though we are tremendously divided as to what the solutions are, the vast majority of us can see that something is deeply, deeply wrong with America.

Personally, I spend a lot of time writing about our economic problems.  We have piled up the largest mountain of debt in the history of the planet, last year the middle class became a minority for the first time in our history, and 47 percent of all Americans couldn’t even pay an unexpected $400 emergency room bill without borrowing the money or selling something.  But I don’t want to focus on economics in this article.

Neither do I plan to focus on our political problems.  The fact that somewhere around half the country plans to vote for Hillary Clinton in November shows just how far gone we are as a nation.  And the Republican Party is essentially just a watered-down version of the Democrats at this point.  On average, Congress has just a 14.5 percent approval rating, and yet we keep sending the same corrupt politicians back to Washington D.C. time after time.

What in the world is wrong with us?

Physically we are a giant mess too.  According to USA Today, the obesity rate in the United States has more than doubled over the past 25 years, and the OECD has found that the U.S. has the most overweight population in the entire industrialized world by a wide margin.

But our physical problems are not going to be the focus of this article either.

Alvin Conway of The Extinction Protocol has been chronicling global disasters for years, and he has just posted an insightful piece in which he comments on the growing social decay that we see all around us…

According to Covenant Eyes, an internet search group, 1 out of 5 mobile searches on the internet involves pornography. Illegal drugs continue to be both manufactured and transported into the U.S. with no apparent way of halting or stopping the flow. In the US alone, more than 15 million people abuse prescription drugs, more than the combined number of people who reportedly abuse cocaine, hallucinogens, inhalants and heroin. If the war against drugs can’t be won, what luck will we ever have winning the war on terror? Does anyone remember who won Lyndon B. Johnson’s famed war on poverty? Regardless, let’s throw some more taxpayers’ money at an issues that money along can’t fix.

Later in his article, Conway goes on to link this social decay with the spiritual decline of our nation…

According to Pew Forum, the number of people who claim to be religious in America is declining as the country becomes more and more secular. “Research Center finds that the percentage of adults (ages 18 and older) who describe themselves as Christians has dropped by nearly eight percentage points in just seven years, from 78.4% in an equally massive Pew Research survey in 2007 to 70.6% in 2014. Over the same period, the percentage of Americans who are religiously unaffiliated – describing themselves as atheist, agnostic or “nothing in particular” – has jumped more than six points, from 16.1% to 22.8%.” The U.S. is beginning to look more and more like ancient Rome before it collapsed.

I agree with Conway.  America is starting to look more and more like the Roman Empire just before it collapsed.

A nation is only as strong as its population, and right now we are quite a disaster.  According to the National Center for Health Statistics, the suicide rate in the United States has spiked to the highest level in almost 30 years.  The following is an excerpt from a Washington Post article entitled “U.S. suicide rate has risen sharply in the 21st century“…

The U.S. suicide rate has increased sharply since the turn of the century, led by an even greater rise among middle-aged white people, particularly women, according to federal data released Friday.

Last decade’s severe recession, more drug addiction, “gray divorce,” increased social isolation, and even the rise of the Internet and social media may have contributed to the growth in suicide, according to a variety of people who study the issue.

That same article goes on to say that the suicide rate in this country increased by a whopping 24 percent from 1999 to 2014.

At this point things have gotten so bad that even 70 percent of our pastors are battling depression.  The following was authored by respected journalist Jennifer LeClaire…

There is no lack of statistics about pastors and depression, burnout, health, low pay, spirituality, relationships and longevity—and none of them are good. According to the Schaeffer Institute, 70 percent of pastors constantly fight depression, and71 percent are burned out. Meanwhile, 72 percent of pastors say they only study the Bible when they are preparing for sermons; 80 percent believe pastoral ministry has negatively affected their families; and 70 percent say they don’t have a close friend.

The Schaeffer Institute also reports that 80 percent of seminary and Bible school graduates will leave the ministry within five years.

We are a deeply, deeply unhappy nation, and we have been trained to turn to pills as the solution.

Those are absolutely astounding numbers to me.  We are the most drugged up nation on the face of the planet, and yet we just keep on getting less happy.

–A different survey found that 70 percent of all Americans do not “feel engaged or inspired at their jobs”.

–One survey of 50-year-old men in the U.S. found that only 12 percent of them said that they were “very happy”.

–The number of Americans diagnosed with depression increases by about 20 percent each year.

–According to the New York Times, more than 30 million Americans take antidepressants.

–Doctors in the United States write more than 250 million prescriptions for antidepressants each year.

–The rate of antidepressant use among middle aged women is far higher than for the population as a whole.  It is hard to believe, but right now one out of every four women in their 40s and 50s is taking an antidepressant medication.

–Compared to children in Europe, children in the United States are three times more likely to be prescribed antidepressants.

–America has the highest rate of illegal drug use on the entire planet.

–America has the highest divorce rate in the world by a wide margin.

–America has the highest percentage of one person households on the entire planet.

We are more isolated, more lonely and more miserable than we have ever been before.

But does that mean that we are on the verge of collapsing as a nation?

Just like during the days of the Roman Empire, most Americans cannot even conceive of a time when America will be no more.  And yet we can all see that the foundations are being constantly chipped away.

Will we be able to survive once our foundations are totally gone?