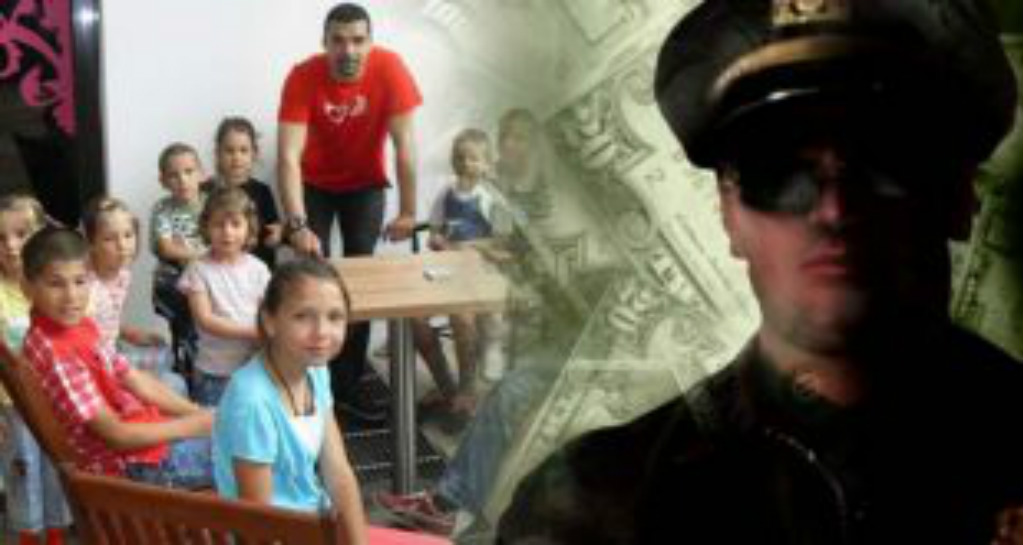 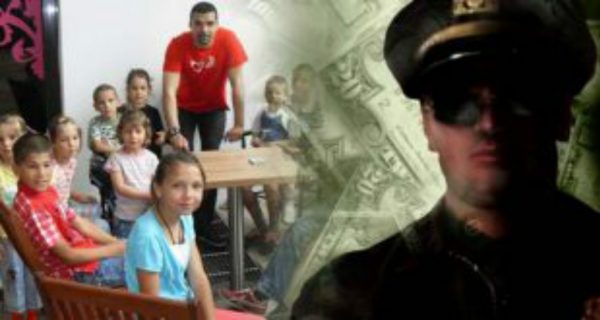 The criminal depths to which police will sink to bolster their budgets, apparently have no limit, as a recent case of police theft in Oklahoma illustrates. To keep society safe, sheriff’s deputies in Muskogee County, Oklahoma robbed a church and an orphanage of $53,000. Real American heroes.

Eh Wah, 40, a refugee from Burma, who became a US citizen more than a decade ago, was traveling with the cash to deliver it to the intended recipients when he was targeted by modern day, state-sanctioned pirates — for a broken tail light.

Eh Wah had been entrusted with the money by the members of his Christian band who had been on a 19-city tour raising funds for the Dr. T. Thanbyah Christian Institute, a religious liberal arts college in Burma serving the Karen community there. And, they had also collected funds for the Hsa Thoo Lei orphanage in Thailand, which serves internally displaced Karen people.

Clearly a vulnerable host for their parasitic process, Eh Wah’s English was incompatible with that of the deputies’ and he was accused of trafficking drugs. A K9 was called to the scene, and, naturally, alerted to the vehicle. As the Free Thought Project has reported in the past, drug dogs will alert to your vehicle nearly every single time they are brought out regardless of actually having drugs or not.

In spite of the fact that not one single bit of contraband was found, Eh Wah was brought to the police station and interrogated for hours. Police even called one of Eh Wah’s friends in the band who confirmed the story, but the cops, with dollar signs in their eyes, still believed that his story was “inconsistent.”

Eh Wah was then released without charges and sent on his way — police kept his cash, and Eh Wah kept his broken tail light.

In an interview with the Washington Post, Eh Wah’s attorney, Dan Alban, noted that while the deputies took all of the cash, they left Eh Wah a check written out to him for $300 from a family friend.

“If they really thought these were drug proceeds and they thought he was a drug trafficker, why would they give back a check that they thought was drug proceeds?” Alban asked. But, he said, “if the real purpose of the stop was to increase revenue, there’s no point in keeping the check because they can’t cash the check.”

In an apparent attempt to justify their lowlife theft from an orphanage, five weeks after he was stopped, Muskogee County authorities eventually charged Eh Wah with a crime. They issued a warrant for his arrest April 5, for the crime of “acquir[ing] proceeds from drug activity, a felony.” For probable cause, the authorities noted the positive alert from the drug dog, “inconsistent stories” and, according to the Post, said Eh Wah was “unable to confirm the money was his.”

And we call this process ‘justice’ in the Land of the Free.

For decades now, the federal government and their cohorts in law enforcement have been carrying out theft of the citizenry on a massive scale. We’re not talking about taxes, but an insidious power known as Civil Asset Forfeiture (CAF).

The 1980’s-era laws were ostensibly designed to drain resources from powerful criminal organizations, but CAF has become a tool for law enforcement agencies across the U.S. to steal money and property from countless innocent people.

It was CAF, which allowed the Muskogee County deputies to legally pilfer from an orphanage without any worry of recourse or accountability.

No criminal charge is required for this confiscation, resulting in easy inflows of cash for law enforcement departments and the proliferation of abuse. This is called “policing for profit.”

In the last 25 years, the amount of “profit” stolen through CAF has skyrocketed.

In 2008, law enforcement took over $1.5 billion from the American public. While this number seems incredibly large, just a few years later, in 2014, that number tripled to nearly $4.5 billion.

When we examine these figures and their almost exponential growth curve, it appears that police in America are getting really good at separating the citizen from their property — not just really good, criminally good.

To put this number into perspective, according to the FBI, victims of burglary offenses suffered an estimated $3.9 billion in property losses in 2014.

That means that law enforcement in America has stolen $600,000,000 more from Americans than actual criminal burglars.

When police surpass the criminal accomplishments of those they claim to protect you from, there is a serious problem.

When police can publicly steal from charitable organizations and orphanages in the name of the war on drugs, it is time society reassess who the criminals are.

The good news is that Americans are waking up to this Orwellian notion of police robbing the citizens, and they are taking a stand.

Even police officers are taking a stand against CAF. In an exclusive interview in September of last year, the Free Thought Project talked to officer Stephen Mills, chief of police at the Apache, Oklahoma police department. Mills became an outspoken advocate against CAF after he became a victim of it.

The idea of thieving cops has also united organizations on opposite ends of the political spectrum. In October, the ACLU and the Koch Brothers came together to stop the inherent police theft in America.

While the police keep grabbing your property, it is important to remain vigilant. Only through a lesser ignorance and the spreading of information will we overcome this blatant tyranny. Please share this article with your friends and family to wake them up to the criminal reality that is – civil asset forfeiture.