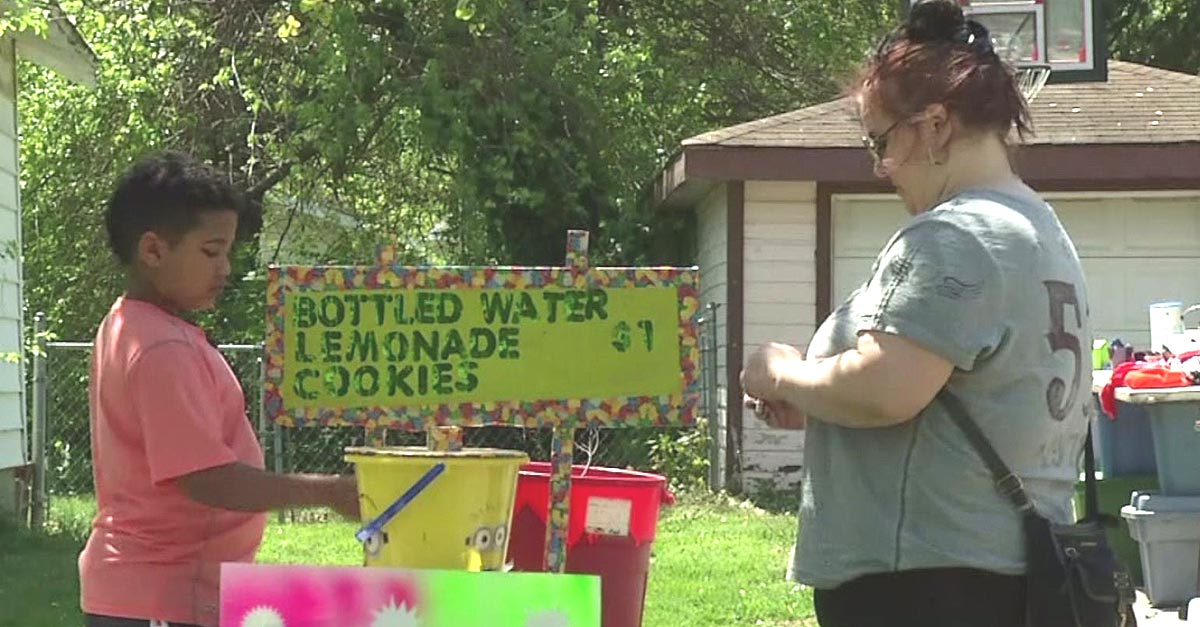 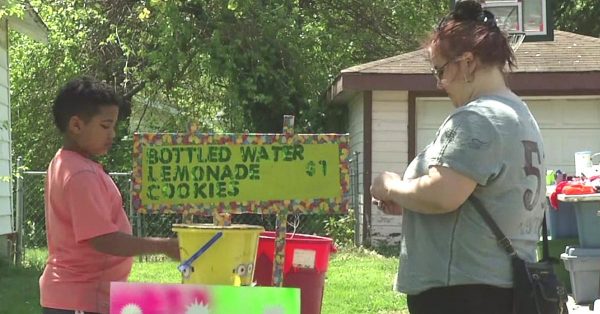 Springfield, Missouri – Tristin Jacobson was just 5-years-old when his mother dropped him off on the doorstep of a Missouri shelter four years ago. Today, at the age tender age of nine, Tristin is preparing to be adopted thanks to his brilliant business acumen and persistent spirit.

Donnie Davis received a telephone call about the abandoned child soon after he was left at the shelter, and along with her husband Jimmy, has cared for Tristin ever since.

Tristin had always wanted to be adopted by the Davis family, but because legal fees have always been more than Donnie could afford, the nine-year-old young man decided to take action into his own hands. The third-grader went into entrepreneur mode and set up and lemonade stand. For every glass sold, Tristin was $1 closer to a new mom — and then the internet happened. Tristan’s story went viral and he far exceeded his goal of $5,000 for court costs.

So far, over $20,000 has been raised. According to the Springfield News Leader, the lemonade stand, along with proceeds from a yard sale, raised around $7,100. A fundraiser started on YouCaring.com called Tristan’s Adoption Fund has raised over $14,000.

All additional money raised is being set aside to pay for Tristin’s college education.