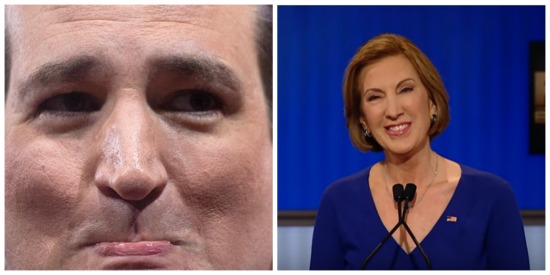 That’s right… the woman who bragged in the debates about how she allowed the NSA to install spy software into thousands of consumer computers after 9/11. The woman whose top job experience is a disastrous reign as CEO over HP during which the company’s stock dropped 50 percent and she fired some 30,000 workers, forcing many to train their outsourced replacements.

In fact, here’s five reasons right now you’d have to be insane to ever in a million years want to vote for this woman as president, vice president, chief executive janitor, anything… ever.

But Ted is such a Constitutionalist, right? (At least that’s what his supporters somehow amazingly still tell themselves, anyway.)

So, America, let’s get this straight.

The establishment is attempting to make sure Trump and Bernie are off the ballot, no matter how popular they are with the people…

But the options they do want to give people are an evil dragon lady with a trail of scandals and dead bodies in her wake or a Tea Party lite Bushite with a Goldman Sachs-NAU-Council on Foreign Relations wife who a doctor has officially argued is legitimately biologically off-putting due to his abnormal facial features and who will be running with another establishment dragon woman who can’t even smile without looking as if it hurts her face to do so? 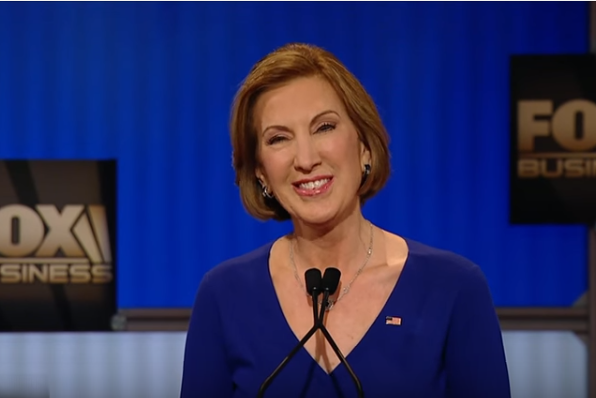 It’s like a bunch of Disney villains are going to run the country.

It’s like a bunch of Disney villains are going to run the country. #CarlyFiorina #TedCruz #Hillary pic.twitter.com/QC6BbuQZGt