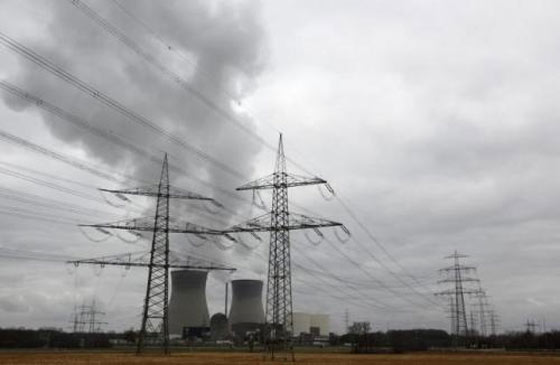 Earlier this week it was reported that a computer virus had been used to infect a German nuclear power plant. Following revelations that ISIS operatives targeted a nuclear plant in Belgium around the time of a coordinated suicide bomber attack that killed 31 people, Europe was on alert.

But that apparently wasn’t enough, as Reuters now confirms that it was, in fact, multiple viruses that compromised the German systems. But as Zero Hedge notes, Reuters was quick to point out that there “appeared” to be no danger to the public:

Don’t worry, Reuters is quick to calm a concerned public, “they appear not to have posed a threat to the facility’s operations because it is isolated from the Internet, the station’s operator said on Tuesday.” The Gundremmingen plant in question is located about 120 km (75 miles) northwest of Munich, is run by the German utility RWE.

The viruses, which include “W32.Ramnit” and “Conficker”, were discovered at Gundremmingen’s B unit in a computer system retrofitted in 2008 with data visualization software associated with equipment for moving nuclear fuel rods, RWE said.

Just like in the case of Iran where USB sticks were used to infect the local nuclear facility, Reuters reports that malware was also found on 18 removable data drives, mainly USB sticks, in office computers maintained separately from the plant’s operating systems. RWE said it had increased cyber-security measures as a result.

W32.Ramnit is designed to steal files from infected computers and targets Microsoft Windows software, according to the security firm Symantec. First discovered in 2010, it is distributed through data sticks, among other methods, and is intended to give an attacker remote control over a system when it is connected to the Internet.

Conficker has infected millions of Windows computers worldwide since it first came to light in 2008. It is able to spread through networks and by copying itself onto removable data drives, Symantec said.

For now it remains unclear who is behind this latest viral attack.

The attack on the German power plant, had it not been discovered, may have been such that an attacker could have taken control of the systems that move highly radiated nuclear fuel rods. What we know from the Japanese Fukushima disaster is that had said systems been taken over, they could have left an entire region of Germany unlivable and thousands of people dead or poisoned with radiation.

More and more frequently we are seeing critical infrastructure systems compromised by hackers, terrorists or state-sponsored operatives. And it’s not just restricted to Europe.

In 2011 it was reported that a cyber attacker compromised the water supply systems at an Illinois facility and actually took control of water pump systems. One can’t help but think such an attack could have also be used to infuse the water with deadly chemicals.

In that same year, General Keith Alexander, head of U.S. cyber command, warned that cyber attacks are now targeting domestic infrastructure, commerce and transportation systems, and that eventually one of these could cause serious damage to the United States.

But if you thought five years was enough time for U.S. cyber security experts to secure vulnerable nodes of the grid, you may be surprised to learn that the head of the National Security Agency this year said that a major attack is not only a high probability event, but almost certain. Admiral Michael Rogers noted that such a disaster was “a matter of when, not if.”

Terrorists are most certainly targeting the systems that make life in America possible and given the lack of security not just on the internet, but the real world (our Southern border comes to mind), it is quite likely that we will at some point see a major attack that threatens our way of life.

Coupled with the real possibility that Weapons of Mass Destruction that may include chemical, biological, radiological or nuclear have been smuggled into the United States, preparing contingency plans would be in order.

The Daily Sheeple’s Joshua Krause has put together a short guide with some basic supplies in the event of such a CBRN attack:

Aside from the usual stuff like food, water, tools, weapons, and medical supplies, you’ll probably need the following:

You’ll find that everything on this list will also be useful for other scenarios like nuclear war and dirty bomb attacks. Truth be told there are countless ways that you or family could face a radioactive threat, but with the right mindset, gear, and supplies, you can survive even the worst nuclear disasters.