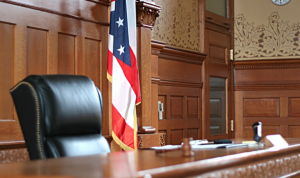 More and more people keep asking what in the hell is wrong with this country… everything gets more backwards and twisted and wrong by the day.

Here’s another great example of how screwed up everything has become. A higher court in Oklahoma just ruled that forcing an unconscious person to perform oral sex somehow magically isn’t sexual assault.

The case centers around a 17-year-old boy accused of taking advantage of a drunk 16-year-old girl who was later found to have a blood alcohol level of .341 — a dangerously high level that could easily land an adult in the hospital with alcohol poisoning, let alone a teenage girl. It’s the quintessential Lifetime Network movie-of-the-week. The last thing she remembers is passing out in the park. The boy’s DNA was found around her mouth and leg, so something obviously occurred and it isn’t the mystery crime of the century what.

Although he was charged with with rape and forcible oral sodomy, because the law in Oklahoma does not specifically state “an unconscious or intoxicated person cannot give consent” and Oklahoma rape statutes do not apply to a person’s mouth, the charges were thrown out.

Yep. On a semantic technicality.

…by ruling that the girl’s debilitating intoxication precluded the possibility of force, the court was subjecting the crime to an “orifice test.” If all the facts of the encounter had been the same, but the alleged perpetrator had penetrated the victim’s vagina or anus, it would have been considered first-degree rape, which is applied the same in the case of an unconscious victim as it is in the case of a forcible rape of a conscious victim. But because the area of penetration was the victim’s mouth, the encounter wasn’t considered sexual assault at all.

The case was taken all the way to the Oklahoma Court of Criminal Appeals who upheld the ruling. They not only ruled this, they ruled it 5-0, meaning they unanimously agreed that if someone takes advantage of an intoxicated victim orally in Oklahoma, that’s somehow not sexual assault.

Shannon McMurray, the defendant’s lawyer actually found it within herself to say, “There was absolutely no evidence of force or him doing anything to make this girl give him oral sex, other than she was too intoxicated to consent.”

“Absolutely no evidence of force… other than she was too intoxicated to consent.”

And sex without consent is…? Come on, there’s got to be a dictionary somewhere in Oklahoma.

Again, in what magical land is that not sexual assault?

So just realize that if you are prone to passing out, you might want to avoid doing so in Oklahoma, where the lunatics are definitely running the asylum.