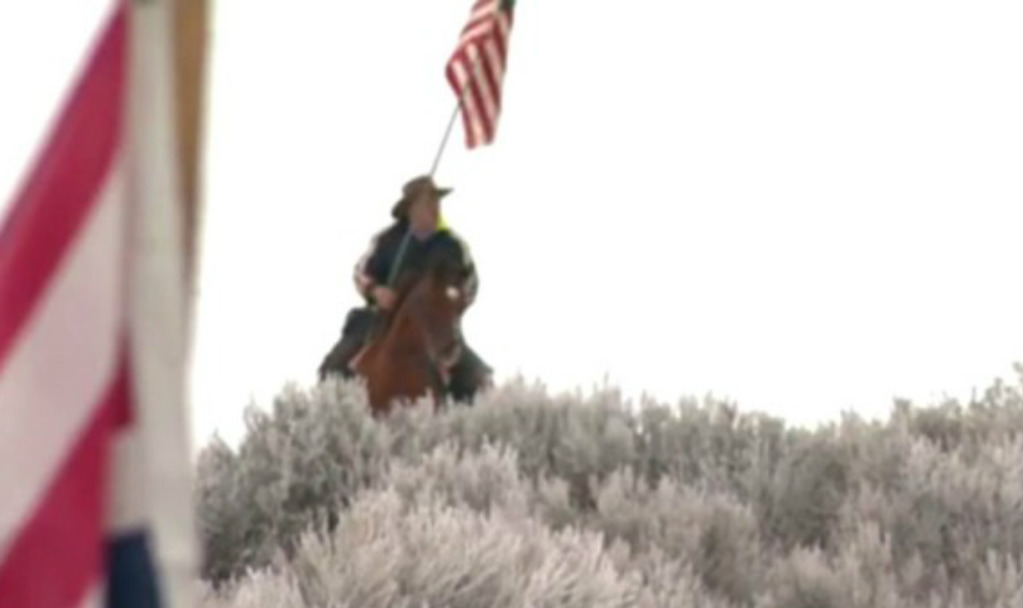 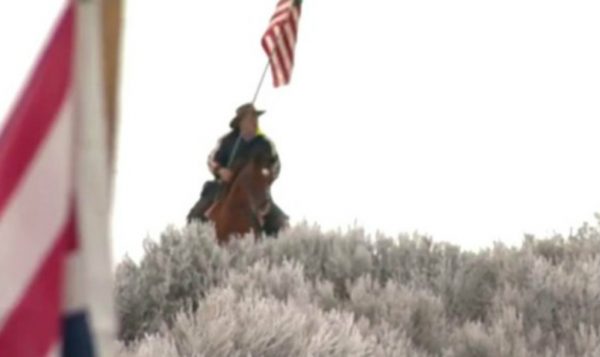 Standoff = “A deadlocked confrontation between antagonists.”

An eyewitness to what took place at the Malheur Wildlife Refuge in Oregon concerning those protesting the DC government’s unconstitutional usurpation of land has said that there was no standoff in Oregon.

Deb Jordan, co-host of The Pete Santilli Show, took to Facebook to convey that she witnessed absolutely no standoff in Oregon.

“Did you know there was never a “STANDOFF” at the Malhuer Refuge in Harney County Oregon?” Jordan wrote. “The Oregon Standoff is a myth created by the press at the command of the FBI, Sheriff David Ward, and Judge Steven Grasty who acted under direction of Oregon Governor Kate Brown. Governor Kate Brown’s office controlled the narrative right down to what David Ward and the FBI would say to the press.”

So, if there was no standoff, what exactly occurred? Jordan gives us an interesting insight that the press failed to report.

“At no time were the men and women unable to communicate freely with law enforcement — actually the opposite occurred,” she penned. “They traveled freely from County to County. They traveled freely in and out of the town of Burns and met with local authorities on an almost daily basis. Most, including Ammon Bundy, shook hands with and had meals in local establishments with law enforcement and FBI present who were having a meal at the same establishment at the same time. They traveled freely to buy groceries, and shop in local clothing stores. They went to meetings in town, and yes, they even attended local church services on Sundays. They met in the homes of many local citizens.”

She added that she didn’t observe law enforcement or protestors treat one another as if they were frightened.

“I saw them engage in civil conversation,” she wrote. “I saw them shake hands. I saw them smile and laugh. I saw them interact on a level that was anything but hostile or threatening.”

Additionally, while the mainstream media was reporting that the people were not only frightened, but wanted militia and those who were a part of the protest to leave, Jordan saw something completely different.

Even the media were not frightened to cover the story there.

“I asked other Media persons if they were frightened to be there and they all said, ‘No’!” Ms. Jordan said. “Some even said it was kind of boring. Some said they didn’t understand why the FBI and David Ward insisted that people were terrified.”

It’s because their every move and words were being orchestrated, not just by Kate Brown’s office, but also from Washington, DC.

“At no time was there a hostile law enforcement presence at the Refuge,” Jordan continued. “The most terrifying things that happened was in the form of an ambush designed by the FBI and OSP that ended in violence, and a counter protest after the fact where LEO failed to constitutionally protect the protestors from harm.”

While it is true that we have even referred to the Oregon protest as a standoff, Jordan’s comments are valid. She was on the ground there and guns were not drawn or brandished about and threats made. Of course, there were statements made that protesters would defend themselves with their weapons, but they made no direct offensive threats to members of local police, state police or federal agents.

People should keep this in mind as upcoming trials will most likely attempt to build on the already trumped up charges and labeling of patriots as “lawless and violent” which have been used to keep those seeking to uphold the Constitution and call out a corrupt government in jail.

If you’re looking to see how you can support the political prisoners being held by the DC government, click here for a full list of those you can help with links.

What Is The REAL Purpose Of Those New IRS ‘Auditors’?
Conservative Firing Line

*NEW* ALERT: IRS Hiring Agents & Giving Them A ‘LICENSE TO KILL’ And “WILL Use DEADLY FORCE”
America's Freedom Fighters

What Is The REAL Purpose Of Those New IRS ‘Auditors’?
August 11th, 2022 Conservative Firing Line

Governors Endangering American Lives: New York & Washington DC Can Have All the Immigrants – All By Design
August 11th, 2022 Sons of Liberty Media