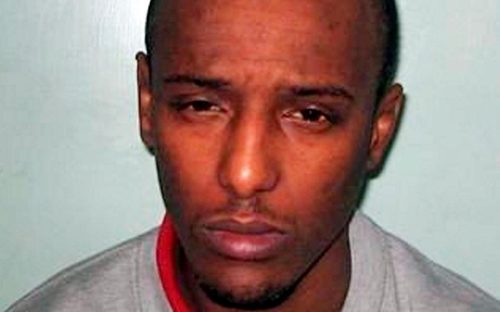 Thankfully, he is out of society now, but it took three rapes and one attempted rape for the courts to finally stop him. Not only that, but this same man attempted his fourth rape while he was on bail. This shows how little he cares about his crimes or for his society.

We saw the rape epidemic begin last year in Europe with the “refugee” invasion prompted by German Chancellor Merkel. Some places, such as Malmo, Sweden, are already predominately Muslim and known for being centers of rape and sexual assault against non-Muslim women. Expect things to get worse all across Western Europe before they get better.

The three women he attacked on November 29 2014, were all of ‘Oriental appearance,’ the court was told.

Abdi throttled the woman in her 70s before putting his hand down her trousers as she took her daily walk in Poplar, East London.

A short while later he groped a second woman nearby at an underpass beside Blackwall Docklands Light Railway station.

On that day he also attacked a woman in her own hallway, pushing her onto the floor before groping her.

He then struck again five days later, dragging a woman he followed on a bus into a pub car park where he twice raped her.

Police arrested him at his home on December 7, 2014, and seized a distinctive red and green striped New York Yankees cap and a mobile phone but released him.

Five months later he attempted to overpower a woman as she entered her home in Bethnal Green at around 6am.

But she fought him off after pleading with him that ‘I am human too’ and screamed causing him to run away before he was arrested.

‘We know he was arrested shortly after the burglary and was bailed and, therefore, we know that he was on bail when he committed the offences.’