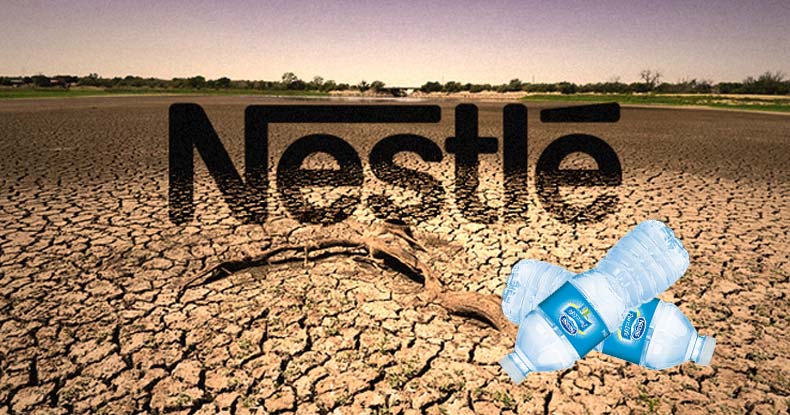 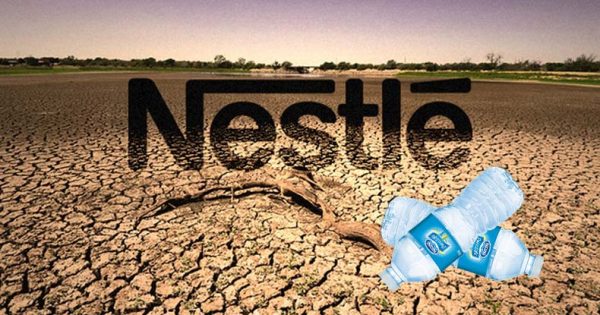 Kunkeltown, PA — A small town in Pennsylvania is the latest to be targeted by Nestlé Waters North America, which, in typical fashion, is seeking to extract millions of gallons of freshwater to bottle and sell for an obscene profit — whether or not local residents approve.

Nestlé sneakily began testing waters in the Kunkeltown area as far back as 2012; but residents wouldn’t have discovered the desire for its water at all had the mega-corporation not rented an office in the community center, as Truthout reported. In fact, Nestlé’s plans comprise no small operation, as Truthout explained:

“In the permit application that Nestlé Waters filed with the Township, it states the company is proposing to drill two large wells, pump 200,000 gallons of water per day from the aquifer, put it in trucks and transfer it to an existing bottling facility near Allentown, about 20 miles away. It expects 60 truck trips through the town per day. And Nestlé isn’t going away anytime soon: It plans to pump for 10 years with an option to continue pumping for an additional 15 years, leading to the removal of 73 million gallons of water from the aquifer over the life of the wells.”

True to form of its insidious and often covert business methods concerning bottled water operations, Nestlé was able to submit a permit application for bulk water extraction after Eldred Township changed an ordinance in May 2014. Though it’s unclear whether Nestlé had a hand in the switch, with the company already testing waters at the time and the fact the Township failed to inform residents certainly lends credence to the theory.

Prior to the ordinance change, as Truthout noted, “bulk water extraction … was explicitly illegal in places zoned for commercial use.”

At an Eldred Township Planning Commission meeting on January 21, it became clear that had strict standards been required specifically addressing water extraction, the ordinance might not have allowed Nestlé to proceed in its goals. According to an ongoing, detailed blog about the mess by a Kunkeltown resident, due to little other recourse at this point, “the main objective is to undo the error in passing the 2014 amendment.”

Truthout identified the blogger as engineer Don Moore, who said, “One of the things that opened my eyes was the amount of profit for Nestlé. To take all this water and hardly any cost. It’s unreal.”

Residents of Kunkeltown discovered the permissive zoning change only upon digging through township files and launched a coordinated, concerted effort — that appears to be working — to head off Nestlé’s designs on their water supply. Throngs often appear at township meetings to voice opposition and frustration to what seems to be the surreptitious attempt at usurpation of their water — as well as quality of life.

During a more recent public meeting of the Planning Commission on February 18, which advises the Zoning Board, Nestlé officials became the target as residents took turns expressing outrage for over four hours.

Apparently, the meeting and the mobilization by residents fighting Nestlé’s plans may have had an impact — in March, the Planning Commission unanimously voted to recommend the Zoning Board deny the mega-corporation’s application, outright. According to the Commission, which penned a 24-page letter to the Zoning Board, the ordinance redesign was a result of “poor planning,” and had been created by “the efforts of a few, limited interested parties.”

Also noted in the Commission’s letter were “numerous deficiencies and omissions in Nestlé’s application and supporting plans,” as found by the Township Engineer in a review.

Of particular concern, among many listed, is the volume of heavy truck traffic through town — each truck would weigh around 80,000 pounds, and throughout the course of Nestlé’s stated goals, “truck traffic could increase to in excess of 162 vehicle trips a day.”

Perhaps most telling — and what has concerned residents across the country dealing with Nestlé’s various water extraction locations — were indications from testing, the water supply would be compromised. According to the Commission letter:

“Under test conditions, the proposed Nestlé water withdrawal diminished flow in [an] unnamed stream by 12%, and also resulted in a drop of two wells monitored on adjacent property.”

Whether or not Kunkeltown residents will be forced to endure Nestlé’s nefarious business practices remains an open question. Though the Zoning Board has yet to make a decision, residents have vowed to continue the fight.

“We have wonderful water here and we will protect it. Nestlé is trying to break us,” Diehl told Truthout. “But I’m absolutely optimistic that we’ll win.”